10 amazing and scary stories of astronauts

We all know about the amazing stories of astronauts. They see unidentified objects - both flying and floating, hearing sounds, seeing lights. Many people can see these experiences shocking, but for some astronauts they are a daily routine. So what are the most amazing and scariest stories of all time? And is there evidence to support them?

While the astronaut Scott Parazynski he was at the International Space Station and changing the position of the solar panels, something was terribly wrong. He said it was a good move at first, but when the crew tried to put them on, the solar panels began to tear.

“It was dangerous to continue to expand this panel. There were fears that if we tried to disconnect the panels, they could tear and hit the shuttle. Or we could harm the International Space Station. ” 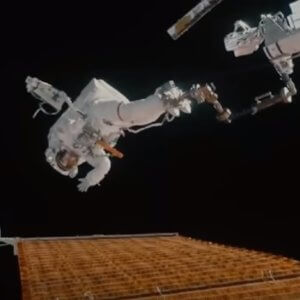 The most complicated part was when Parazynski had to go to solve this situation. He had to be very careful not to touch the metal part of his panel suit - it would be hit by an electric shock. But the panel managed to consolidate and save the situation after a while.

Fire in a crowded space station

Astronaut Jerry Linenger, based at Mir Space Station, ate dinner when the fuel in the tank suddenly flared.

"The fire blocked one of the Soyuz ships that would otherwise have been used to evacuate six astronauts, which means that in the event of a ship being destroyed, it would have to be chosen who would survive the astronauts." Luckily, after 14 minutes, the fire was put under control. ” 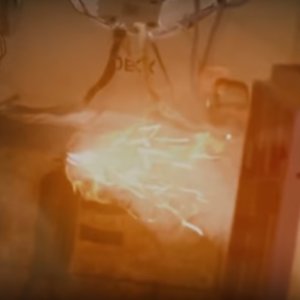 Astronaut Bob Curbeam is one of the few who can say he has extensive experience. Unfortunately, one experience was almost fatal to him. One of the cooling lines broke, and ammonia stained Bob Curbeam's spacesuit. That meant he couldn't go back inside the station so the ammonia fumes wouldn't kill his co-workers.

He resolved the situation by reducing ammonia leakage first. Ammonia from his suit decided to remove it by exposing it to direct sunlight and letting it out of his suit to evaporate. Then he could safely return aboard. 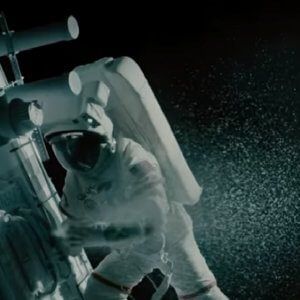 The 250 000 pounds heavy shuttle flew toward Mir to join her, but Chris Hadfield was in a terrifying situation with his inaugural flight when the sensors stopped working. To connect it is necessary to know the exact speed and distance of the station, the error here means disaster. Luckily, Chris Hadfield was experienced and Mir knew the station. So he could calculate how far away they were from the station and how fast they were flying. Everything was successful and Chris Hadfield safely connected to the Mir Space Station without sensors.

Pleasure of astronaut Soyeon Yi for a phone home

When the first Korean space passenger, Soyeon Yi, tried to return to Earth aboard the Russian Soyuz, the shuttle was in a bad trajectory. Eventually, they ended up 300 miles from where they were supposed to land, in the middle of the land farmed by Kazakh nomads. 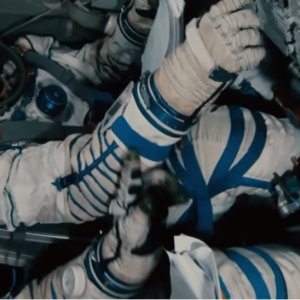 It took a while for the Nomads to find that the astronauts were not aliens. Yi asked if they had a phone, but they didn't, so she returned to the shuttle to use the GPS and satellite phone. She called the Russian Space Agency. Finally, the helicopter saved them.

Flap, flap, is anyone home?

During the first person's inauguration flight, sent by China to space, Yang Liwei said he had heard a strange knock on the spacecraft. It sounded like a wooden hammer knocking on an iron bucket. The sound did not come from inside or outside. He couldn't find the source of this sound. So it is unclear whether it was a sound caused by the temperature difference between the inside and outside of the ship, or whether something really hit the ship. But it is certainly scary to hear the sounds of the universe that one cannot explain. Also, because in veaku the sound cannot spread.

And again Leland Malvin. In the universe, he saw something special floating in the cargo bay of the ship. After landing he confided with this experience. However, NASA explained that it was only ice that broke off the freon hose. Transparent, curved, giving the impression of being. So no one can say for sure what it was. Whether NASA is boggling, or whether the astronaut really seemed anything.

We know that sound cannot travel in vacuum. But how to explain the whistle that astronauts have heard while flying for the month of 1969? They described this sound as cosmic music. NASA has said that astronauts have experienced radio interference. But since they were on the other side of the moon - can we believe this explanation?

Scott Kelly, an astronaut who has spent 340 days in space, comments on the existence of extraterrestrials. She talks about a VR game created by NASA for astronaut training. In this game, astronauts train alien spaceship attacks on astronauts. Scott Kelly asks why does NASA need to develop such violent games?

Secret colonies on Mars. The Defense Force of Mars. Space wars with two kinds of Martians. That must be a joke, right? Not according to US Marine Randy Cramer, who says he spent 17 on Mars and worked for the secret part of the US Marine Corps (USMC) / am. Naval Corps * /, which was tasked with missions in space and on Mars.

Cramer said he worked in an underground facility where he protected five human colonies from native local species, and that he spent three more years in the universe. Cramer spoke of various species living on Mars, of which at least six were classified as "hostile". He said it in detail in the reports he issued. Cramer went on to say that Super Soldier uses mind control techniques, and the government has already been threatened by some hostile extraterrestrial entities. 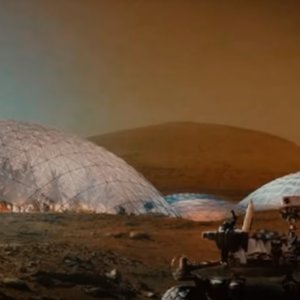 Does it mean that NASA is covering up the existence of extraterrestrials? It's just time and more evidence.

Still many of us wonder if people really came to the moon? And if so, whether what we saw on television and what is presented to us as authentic photography and film has a real basis, or it is a very sophisticated trick in film studios. Neil Armstrong is known not to give interviews. Opinions on why this was different. Some attribute modesty to him, others try to avoid an excessive confrontation in which he would have to say things he was not in harmony with. And this second approach is based on the following presentation, since Neil Armstrong was simply a media star who had to make a mandatory round of the United States and universities after returning from the trip to the Moon (whatever the TAM had done), during which he lectured and presented. Researcher Richard Hall paid for an analysis of behavioral behavior (body language analysis, sentence formulations, speaker attitudes, etc.) to assess whether Neil Armstrong was talking as a person who really experienced something or from a person's point of view when talking about the Moon. who just repeats learned phrases. It will probably be the first time in the Czech and Slovak environment, when what is hidden between the lines…. Let the kind viewer judge for himself whether this is strong enough for PRO or ANY argument that disrupts the textbook paradigm….