15 the most mysterious places in the world

From energy-charged rocks in the middle of the Australian outback to Stephen King's spooky hotels, from the homes of famous vampires to forests full of felled and deformed trees in the depths of Slavic Europe. This list of the most mysterious places to visit in the world will surely interest you. It doesn't matter if you are a conspiracy theorist, a passionate UFO hunter, a Nosferatu fan, a medium, a supernatural fan, or if you just want to get away from hiking trails for something a little different - you should find lots of ideas here.

Some places are perfect for enjoying the strange and beauties of foreign lands, while others will give you goosebumps. These are simply great places to visit, with the promise of a large dose of mystery.

Enjoy our list of the most mysterious places in the world

Stories of lost sailors and missing ships, crashed planes, and even disappearing people have emerged for centuries from the waters of the Bermuda Triangle. The vast expanse of more than half a million square miles is also known as the Devil's Triangle and theories as to why so many travelers fall into his clutches are swarming. According to some, there are magnetic anomalies that deflect the compasses from the course. Others blame tropical cyclones, according to others there is no secret at all! Today, visiting this area can be much more enjoyable than you might think. Turks and Caicos Islands attract to the south, and Bermuda Bay to the north. 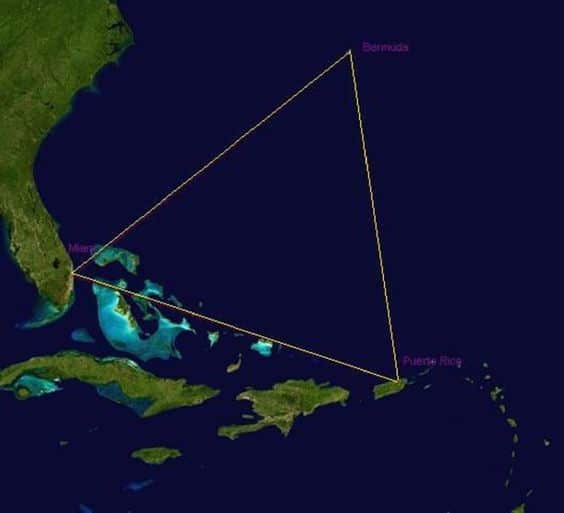 Hotel Banff Springs is surrounded by a number of ghost stories and mysterious events. One of them inspired Stephen King to write the novel Enlightenment, which was later filmed by Stanley Kubrick.

The locals tell stories of the cold-blooded slaughter of the whole family in room 873. Others talk about the revelation of porters who suddenly disappeared. If you think you are interested in dealing with supernatural rumors, you can really enjoy it here. Surrounded by fir forests of the Rocky Mountains, this beautiful hotel exudes a Greater-Scottish style. The famous ski resorts of Jasper and Banff are nearby. Does it make sense to take the risk ?? We think for sure! 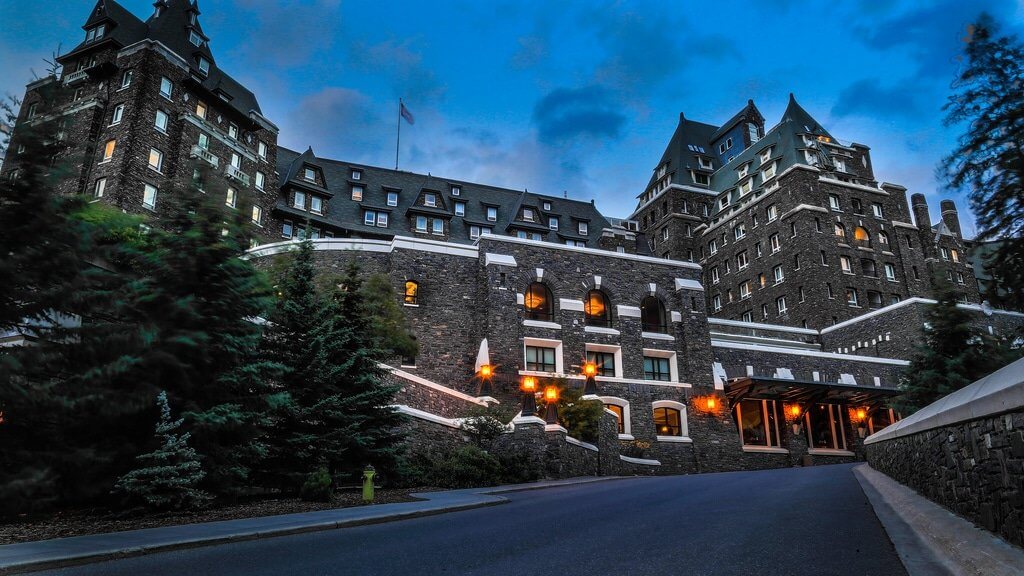 The Sylvan hills and misty mountains, the echo of church bells and the stone medieval towers of cities like Sibiu, Brasov and Cluj-Napoca all contribute to the terrifying atmosphere of this vast area in the heart of Romania. But there is only one place that will truly cause you chills and tremors all over your body: Bran Castle. This mystical mansion rises above the woods on the outskirts of Wallachia and is characterized by a mixture of Gothic towers and roof spouts. During its existence, the castle was associated with many mysterious figures: with Vlad III. also called The Impaler, the bloodiest of the Wallachian kings, and of course with Count Dracula, the archetype of the cruel and devious ruler of Nosferat. 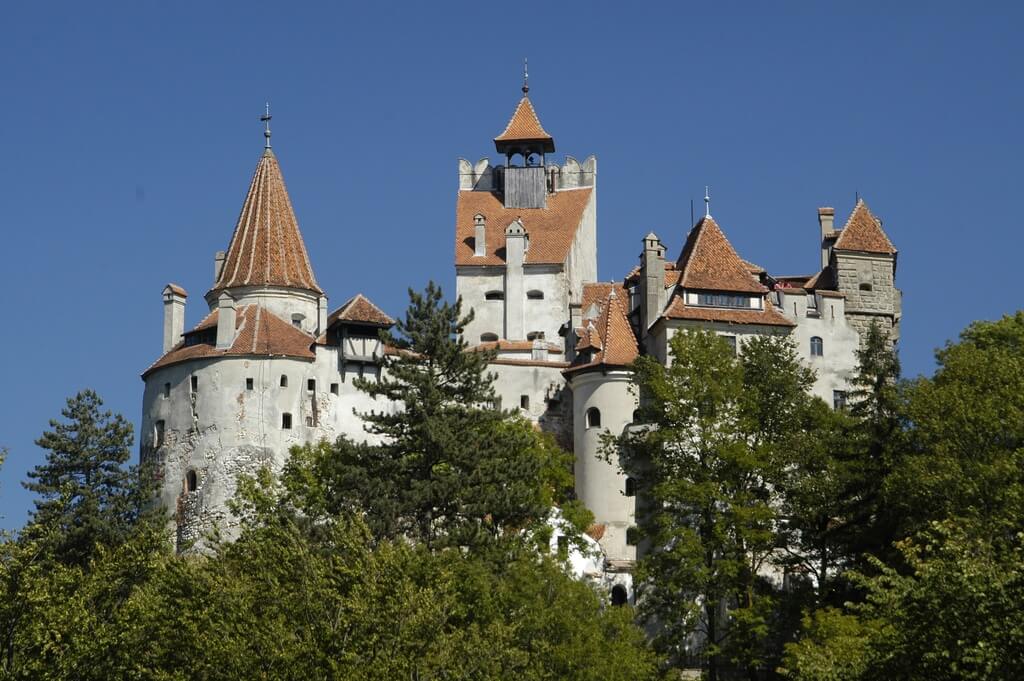 South of Szczecin, on the farthest eastern flank of Poland, a stone's throw on the German border, a small area with more than 400 pines has attracted the attention of the Atlas Obscura encyclopedias and travelers loving remarkable remote places aside from tourism . All the trees in this forest are bent by nearly 90 degrees at the trunk, then turned again and began to grow back up to the Slavic sky. There are many questions and furious debates around this unusual growth phenomenon. There are even theories about torrential snowstorms or special cultivation methods of foresters. 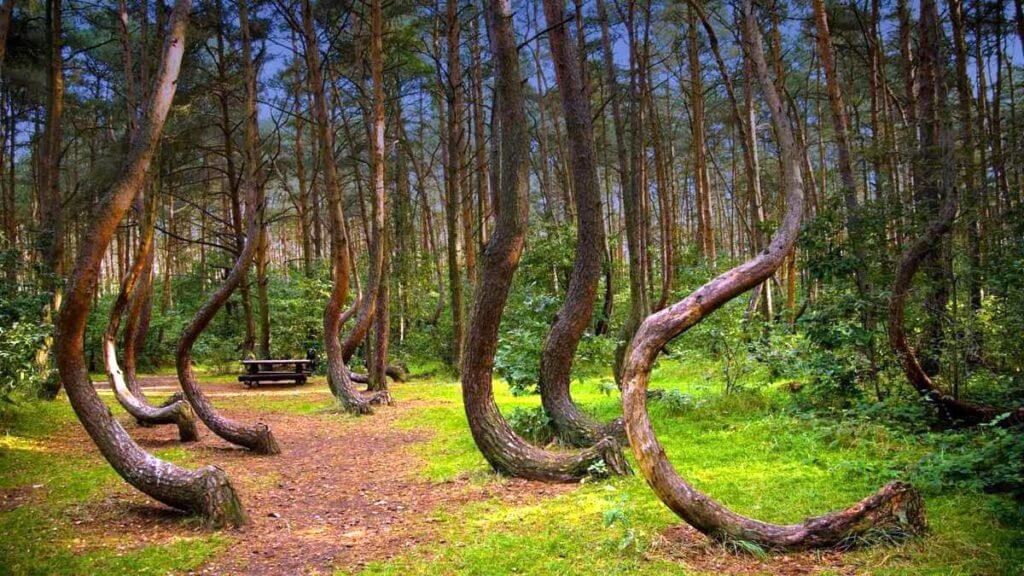 Surrounded by the peaks of the Aravali Mountains and illuminated by the Rajasthan sun, this old fortress of Bhangarh breathes the etheric presence of a cursed princess and her alleged captor, the wizard Sinhai. Rumor has it that Sinhai was trying to win a young noblewoman, so he pushed her a potion of love. The plan turned against him, the wizard eventually ended dead, before he had cursed all the people of Bhangarh to die an unnatural and terrible death.

Today, the Mughlai Complex, formerly subjected to Maharaja Madho Singh I, is considered one of the most haunted places in India. No one can enter here after dark. The locals even report deaths due to the persistent curse! 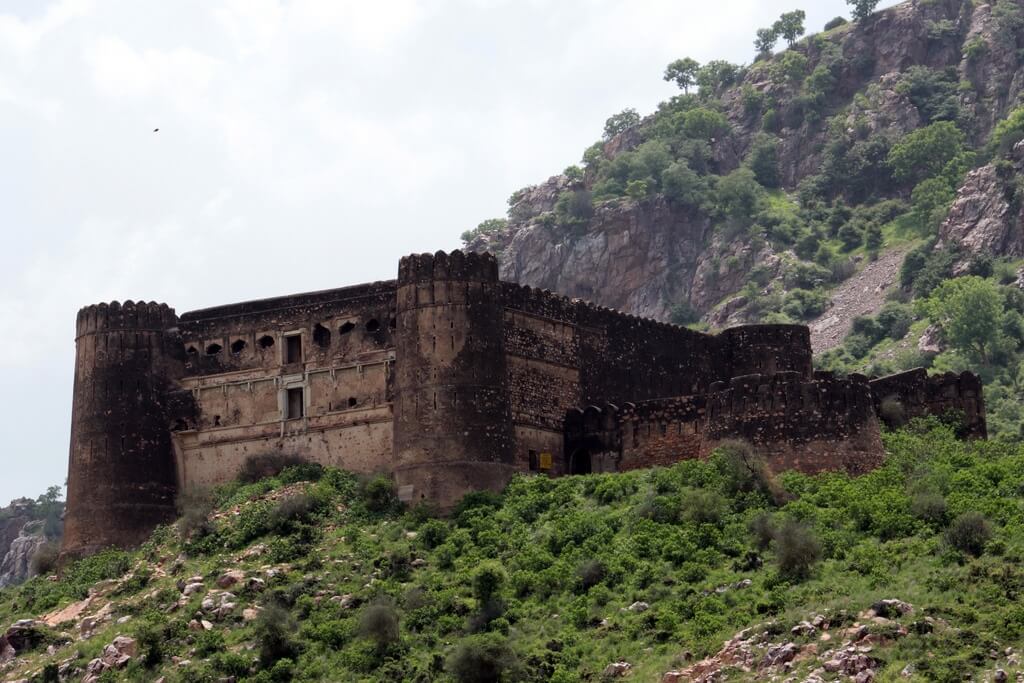 Between the hills and stone villages on the eastern edge of the beautiful Brecon Beacons National Park, one of the lesser-known mountains in South Wales, is the Skirrid Mountain Inn, surrounded by many tales and legends from the history of the Gallic Nation.

According to some, the Skirrid Mountain Inn used to be a meeting place for rebel fighters under the battalion of Owain Glyndor, the hero of Welsh resistance against Henry IV. Others say that there was once a court building where the infamous Judge George Jeffreys was sentenced to death and hanged by criminals. The noose is still hanging from the beams, and you will hear a lot of scary stories with traditional Welsh soup! 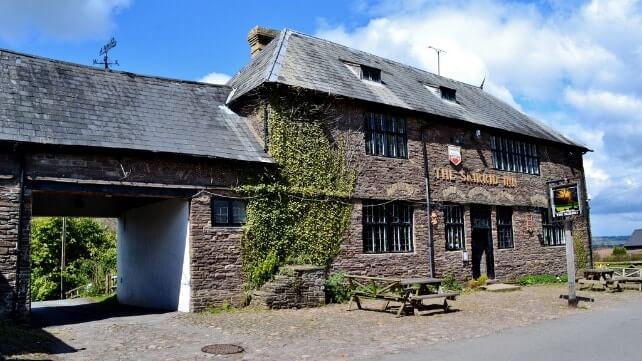 Shadowing the heads of kings, imprisoning the enemies of the state, conspiracy and political machinations from the Tudors to the Elizabeths; all possible dark and unfair acts occurred between the walls of the old London fortress on the north bank of the Thames. Unforgettable stories full of mysterious events began with the observation of Thomas Becket (holy martyr), who is said to have thwarted a building expanding the palace from his grave. The biggest stir, however, is the legend of the appearance of Queen Anne Boleyn - her headless body is hidden in the places where she was executed at the behest of Henry VIII.

Follow the winding hiking trails that cross Chestnut Ridge Park and discover the hidden miracle of Shale Creek. This intriguing natural phenomenon, typically called the Eternal Fire Falls, is a real mystery that you must see.

Why? Well, because here it is possible to create a combination of the two most basic forces of the Earth in one place - therefore! First you will see beautiful waterfalls that slope cascading down layers of carved granite rock. Behind them is a flame that flashes behind a gray water nebula. The flame never extinguishes, and scientists say the fire is caused by the presence of natural gas rising from underground. 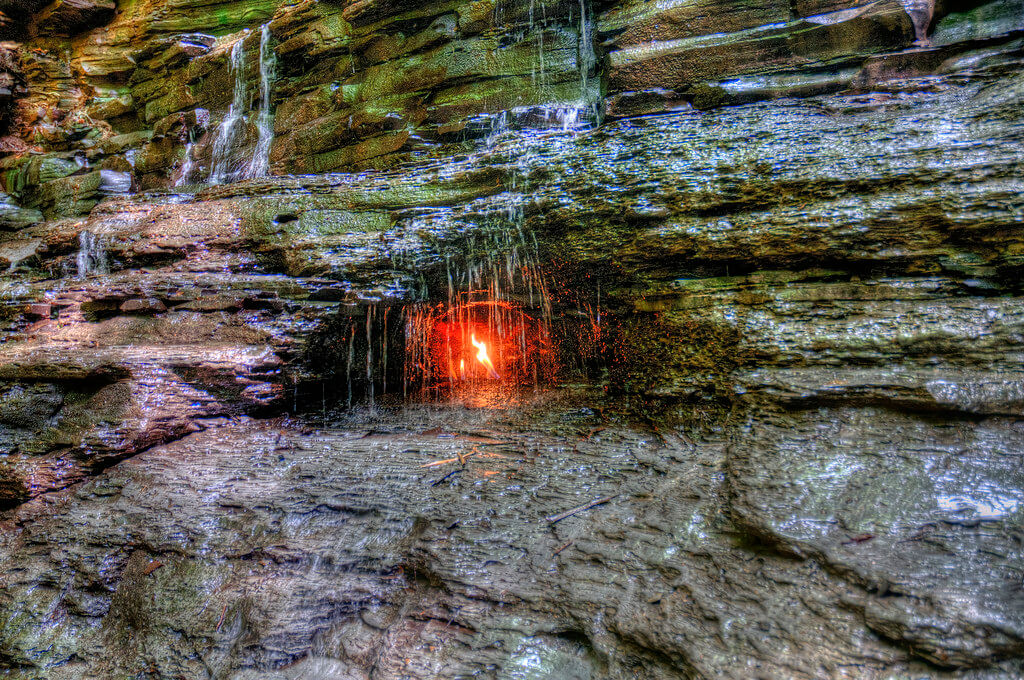 Structure Of Marsh (Eye of the Sahara), Mauritania

The vast circular structure of Rishat in the heart of the powerful Sahara desert in Mauritania, seemingly swirling and spinning like a cyclone, is something really mysterious (to see it all, you have to go to the sky). For years, scientists have been trying to decipher how this perfect circular system of concentric rings got here.

Some think it was created by the impact of an asteroid in past centuries. According to others, it was a simple process of natural geological wear and erosion. There are, of course, theories about its creation by extraterrestrials who have passed this way and have designated a landing point for future visits to Earth. 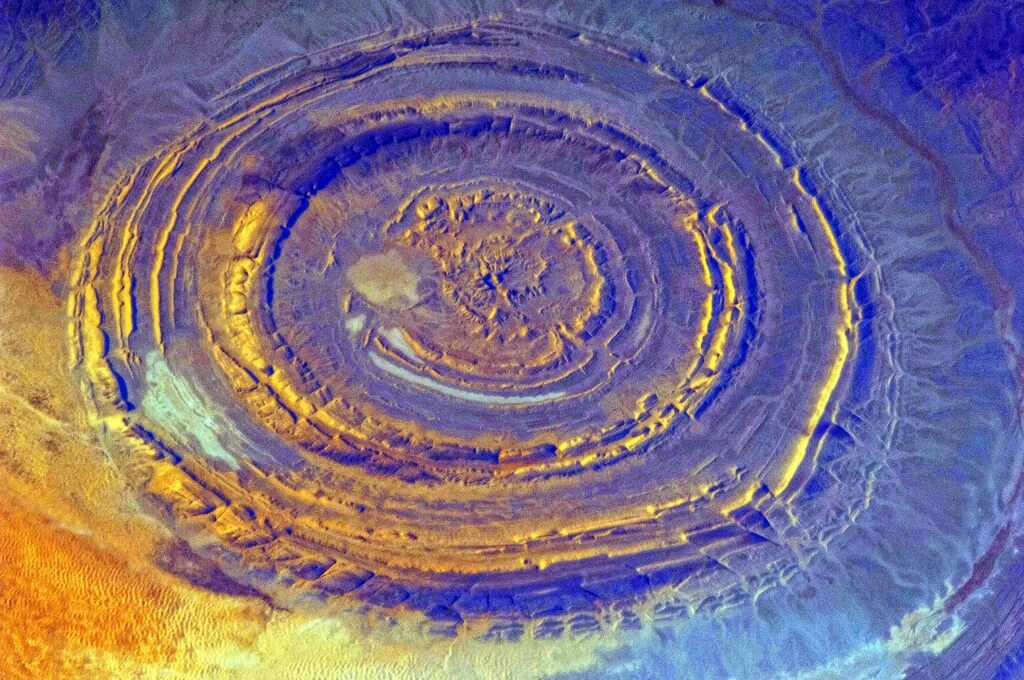 The Structure of Rishat (Sahara Eye)

The patterns on the Nazca Plateau, interwoven with the dusty desert landscape of southern Peru, are among the most mysterious and most beautiful prehistoric monuments in all of South America. Although they are mostly a little less frequented than other country's main tourist attractions - such as Macchu Picchu, Sacred Valley or Cuzco - they retain their fair share of visitors. Most tourists choose to fly over the area that allows them to see these miracles, volcanic depictions of spiders and monkeys, from above, in their full splendor.

To this day, no one knows why these patterns, now part of the UNESCO World Heritage Site, were created by the ancient inhabitants of Nazca. Maybe it was a sacrifice to the gods? Or an iconic symbol? This is still a mystery. 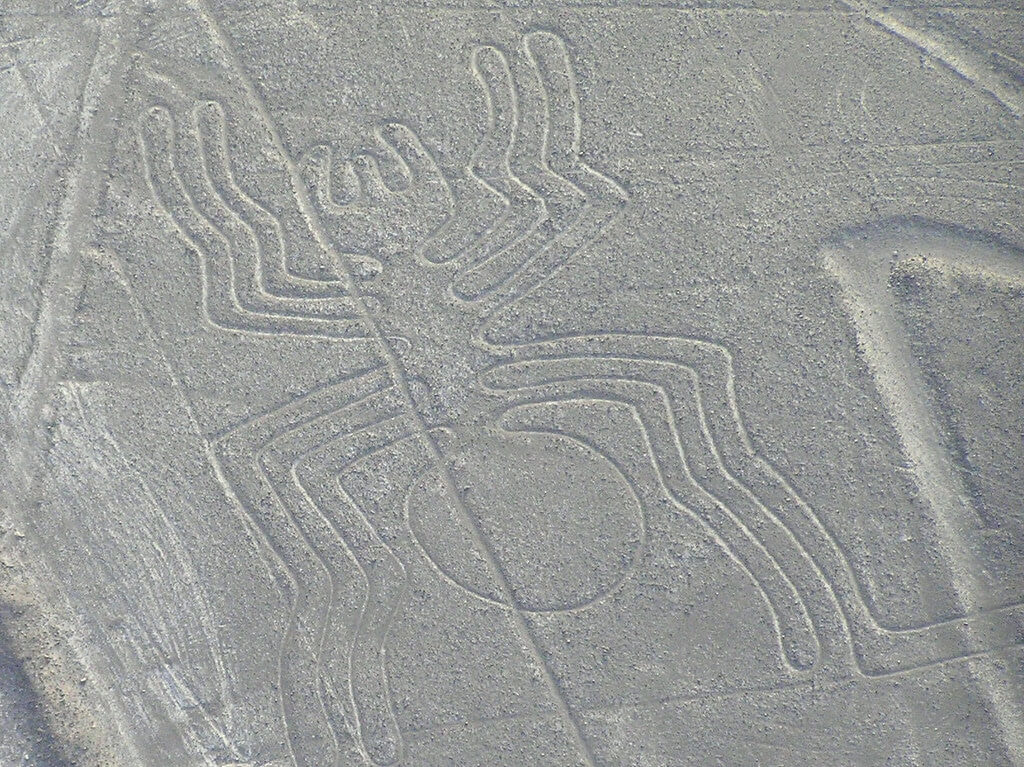 If you decide to walk between grapevine and ivy, leaning oaks and tombstones covered with lichens at London's Highgate Cemetery, beware: this place is considered by many people to be the scariest in the UK (of course, apart from the Tower of London) . When you visit this place, with old angelic figures hiding in shadowy nooks, gargoyles grunting from the crevices and an endless row of tombs, your blood will freeze in your veins. Some ghost hunters say they saw revelations among Gothic sculptures. Others report vampires lurking in the shadows of the tombs. 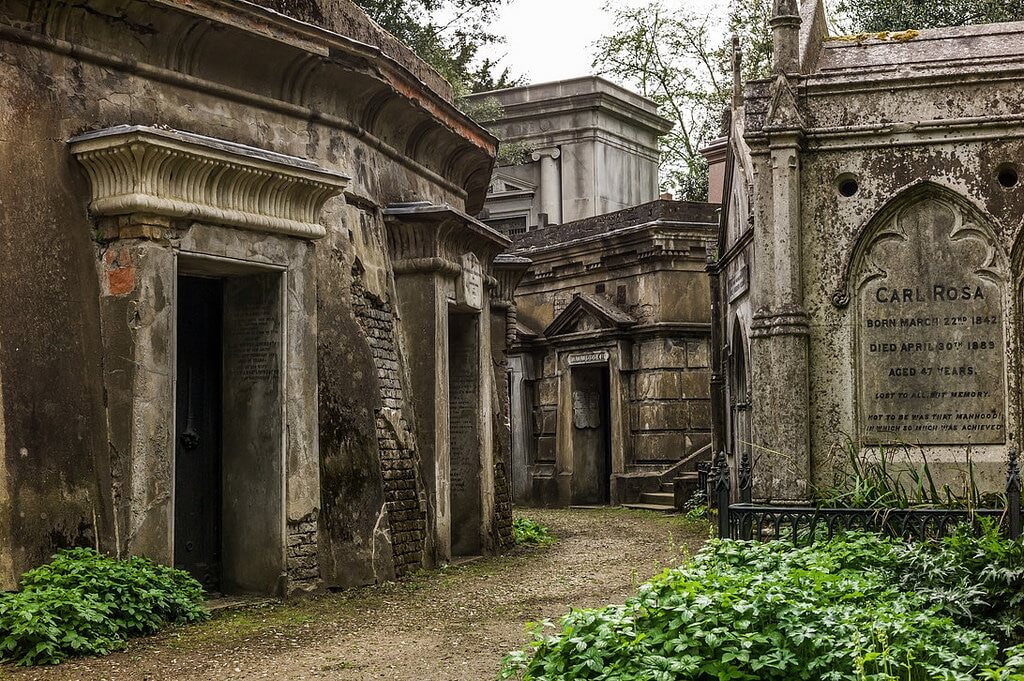 A magnet for conspiracy theorists that no other place on this list can match. The 51 area has been inspiring UFO hunters and alien enthusiasts for years - it even appeared in Roland Emmerich's 1996 Independence Day masterpiece! It is a territory in the middle of the desert in the southern part of the US state of Nevada, which has been kept in secret by the United States government since being here in 50. years began to develop and test military spy aircraft.

Today, speculators believe that anything can be hidden here from a public monitoring center to a weather control station or a time travel center. 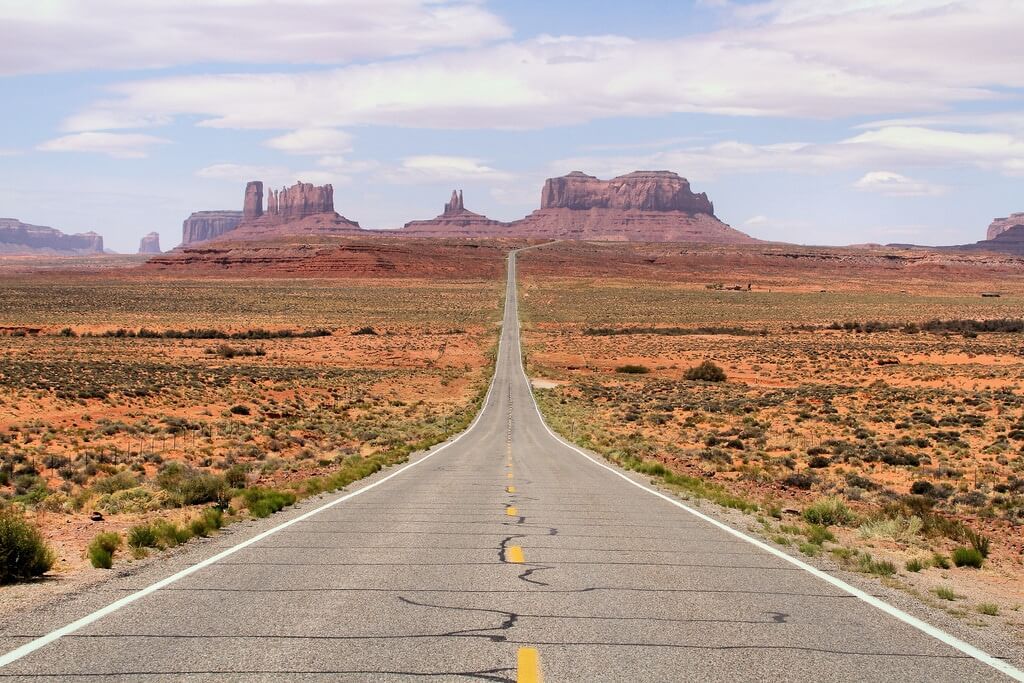 Sometime at the turn of the first millennium AD, the people of Rapa Nui from eastern Polynesia landed on the windy shores of Easter Island and began exploring them. At that time, of course, it was not yet called Easter Island - this "European" name was given to him by Dutchman Jacob Roggeveen, who landed here in 1722. What he found here was certainly a big surprise: countless huge heads carved from black storage boulders. In fact, there are more than 880 so-called moai heads, each to represent the last member of one of the tribal family clans. 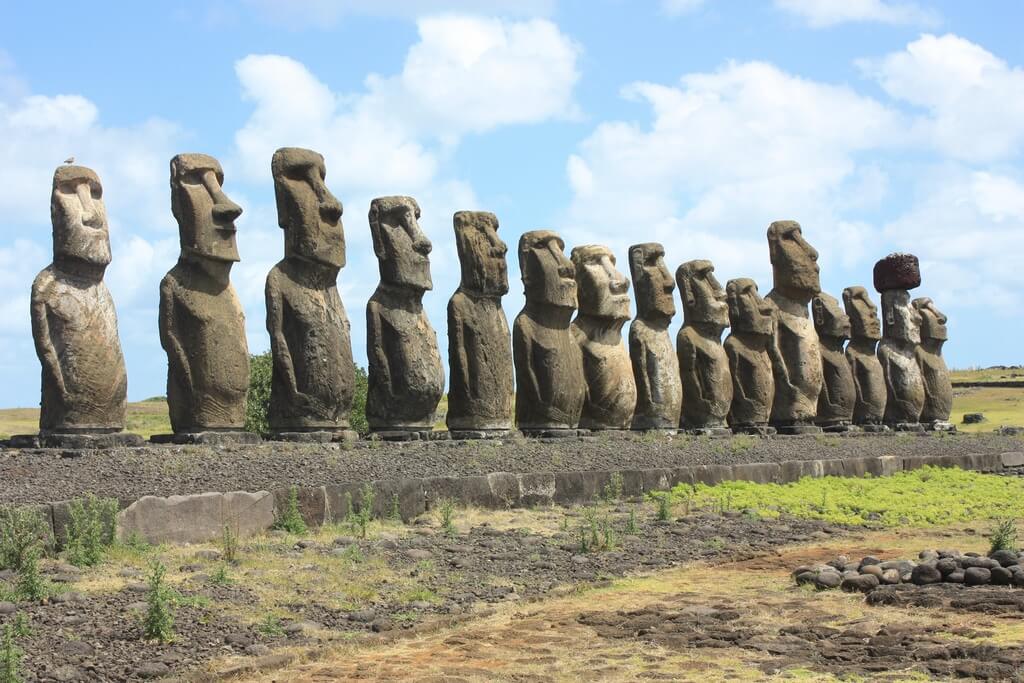 Nestled deep in the midst of the green lowlands of South East England, where the Salisbury Plain is made up of oak forest peaks and valleys, Stonegenge has long been surrounded by mystery and magic. It is estimated that this circular conglomeration of giant megalithic stones, which was created approximately 5 000 years ago, was made from unique material that could only be mined from Preseli Hills in Pembrokeshire, Wales, a site about 200 km away.

To this day, it remains a mystery how Neolithic people were able to transport such huge stones and what was the reason for this construction. The place is still encircled by Arthurian legends and attracts pagans during the summer solstice. 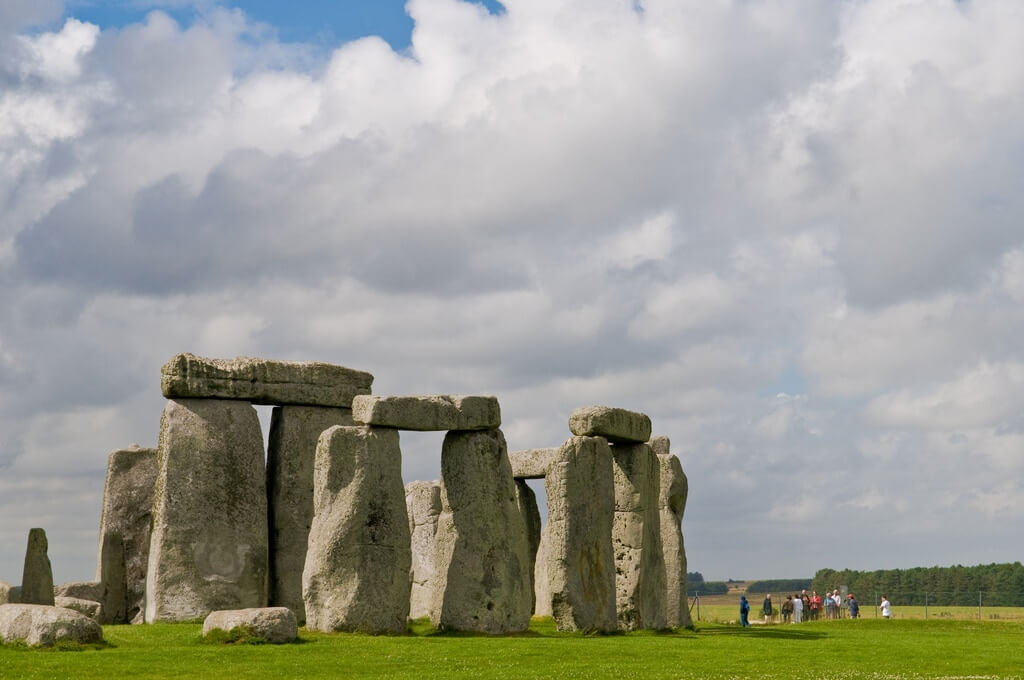 A powerful pillar in the middle of the Australian outback - Uluru. It protrudes high above the surrounding planes; a gigantic block of sandstone rock that looks like a carapace of a fossilized animal. A truly breathtaking place to see, which attracts everyone from tourists to history lovers (who come mainly because of prehistoric petroglyphs adorning the surrounding caves). Ayers Rock, as the place is also called, also acts as a center for the ancient traditions of the Aboridines. They believe that there is one of the last places where the creators of the world dwell. 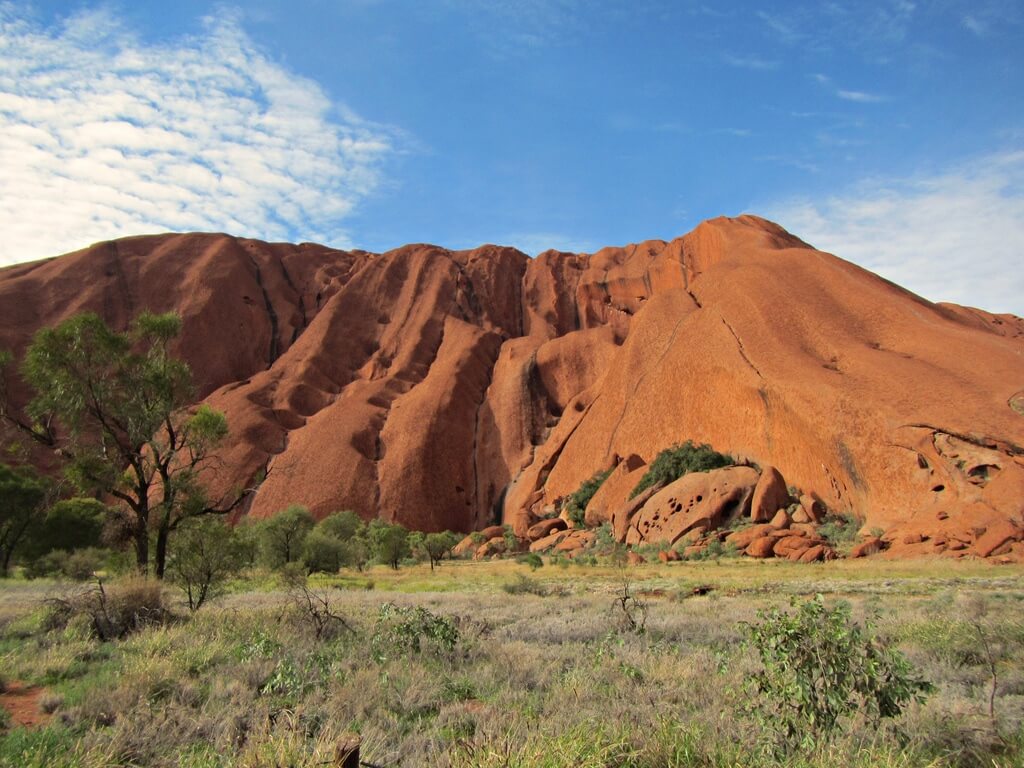