The original inhabitants of the area known as Göbekli Tepe were, according to archaeologists, an organized group of gazelle hunters. Archaeologists believe that these people, hunting and harvesting, stood at the birth of an ancient temple complex that is at least 6 and half a thousand years older than the famous Stonehenge and even 7 a thousand years older than the oldest pyramid in Giza. Göbekli Tepe Temple, whose age is estimated to be over 12 for a thousand years, is a clear proof of a sophisticated society that existed for tens of thousands of years ago.

The temple is located near the ancient city of Urfa in present-day Turkey and is still considered one of the most important ancient sites in human history. Experts are still not sure who and how actually built this respectable building more than 12 years ago. At the same time, the stated time learning is based only on organic sediments and it does not really say anything about the time when the stones were really transported to the place.

Göbekli Tepe is considered at all the oldest temple in the world, while less than 10% of the whole complex has been discovered so far. Whoever built the temple built it so that even the outermost parts hidden deep underground would be preserved. Some archaeologists claim that the temple served as a burial ground, although it found no real evidence for it.

Göbekli Tepe is often referred to as Göbekli Tepe Stonehenge in the desert or as well Turkish stonehenge. The temple consists of a complex of mostly circular and oval stone formations perched on top of a hill. An initial search of the site was carried out in the 60s by anthropologists from the universities of Chigac and Istanbul; they agreed that it was an artificial hill serving as an ancient burial ground. Researchers estimate that the building was built 12 years ago, at least 10 years BC.

Researchers are still unable to explain how it is possible that in the Upper Mesopotamia area at the end of the last Ice Age, when the hunters and collectors treated themselves every day with the question of their own survival, a technically advanced construction arose. In the opinion of researchers such as Graham Hancock and friends, the building is rather older and has been deliberately covered by the earth before the last major flood to be preserved for future generations. Even the archaeologists have come to the conclusion that the construction was somebody deliberately preserved. The cover certainly occurred several generations later than it was built. We miss the context. The initial modern excavations were undertaken in 1995 by the professor with the help of the German Archaeological Institute Klaus schmidt.

Previous excavation work and geomagnetic results show that there are at least 20 stone circles on the site, which archaeologists call sanctuary. All stone pillars in temple are T-shaped and reach 3-6 meters. Each pillar weighs around 60 tons. Even current technologies would hardly be able to deal with moving and deploying 60-tuned stone pillars inside the complex Göbekli Tepe.

Research estimates that, at the time of the construction, a minimum of 500 people would be required to move stone pillars. But who, and how, did they organize and manage, especially at a time when humanity, according to archaeologists, worked exclusively for self-preservation? If archaeologists were right, then the crucial question would be how the prehistoric hunter and collector moved and placed the stones inside ancient temple. They do not know the answer.

Did "experts" supervise the construction?

Today's engineers agree that construction of the Göbekli Tepe dimensions required not only mining and transport experts, but also designers and construction supervisors. The way in which the work is organized at the temple site is evidence that thousands of years ago, 12's authors had some knowledge of basic organizational systems and hierarchies. Or they had advanced technology that dramatically exceeds the limits of the imagination of our current scientists.

Some anthropologists believe that the stone pillars of Göbekli Tepe can represent human beings, because they are depicted with reliefs of human limbs. However, abstract symbols and various pictograms were also found in them. Lidsky looking figures have some similar features with sculptures on Easter Island or depictions of the gods of Bolivia in Tiahuanaco.

Further research also revealed findings of depicted forms of animals, most often foxes, snakes, wild boars and water predators. There were also reliefs of animals that we do not know and their shape resembles something from prehistoric times. Under suspicious circumstances, Klaus Schmidt suffered a heart attack (2014) at a time when the case was the most publicized and evoked great passions in scientific circles when it came to determining the age and meaning of the building. 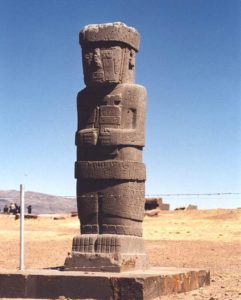 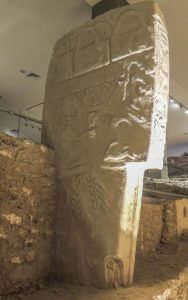 Illustration of the meteorite collision with the ground 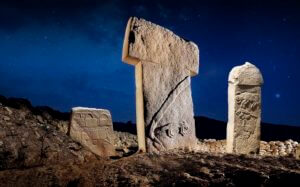 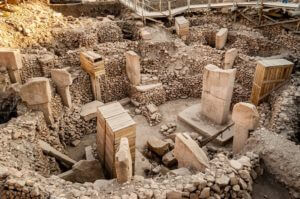 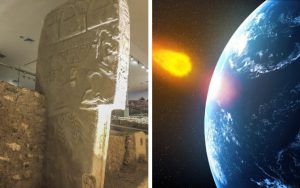 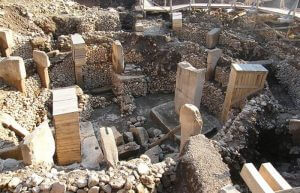 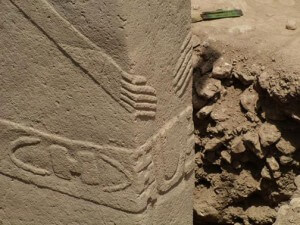 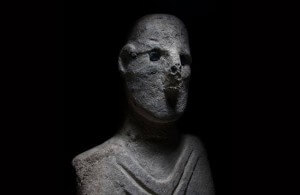 Sculpture discovered at the site of Göbekli Tepe

Tips from the Sueneé Universe e-shop 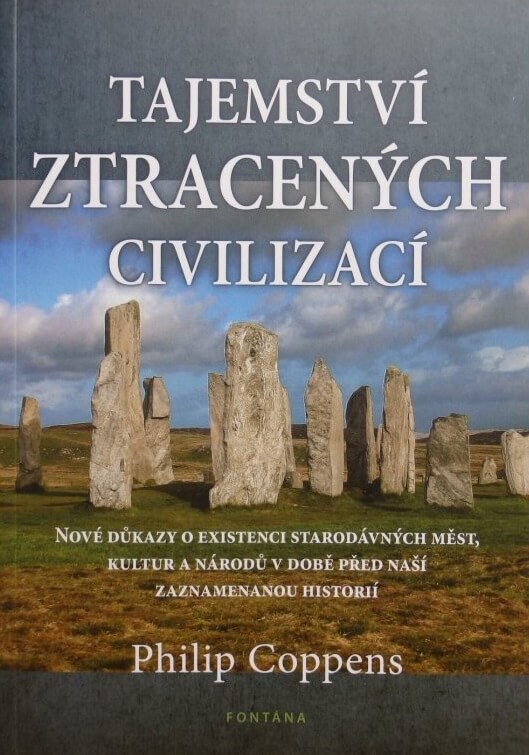 Zecharia Sitchin: Traveling to the Mythical Past

Was Troy a mere poetic image, a real place where heroes fought and died, or a stage where vengeful gods moved human destinies like chess pieces? Did Atlantis exist or is it just an allegorical myth of antiquity? Were New World civilizations in contact with Old World culture for millennia before Columbus? 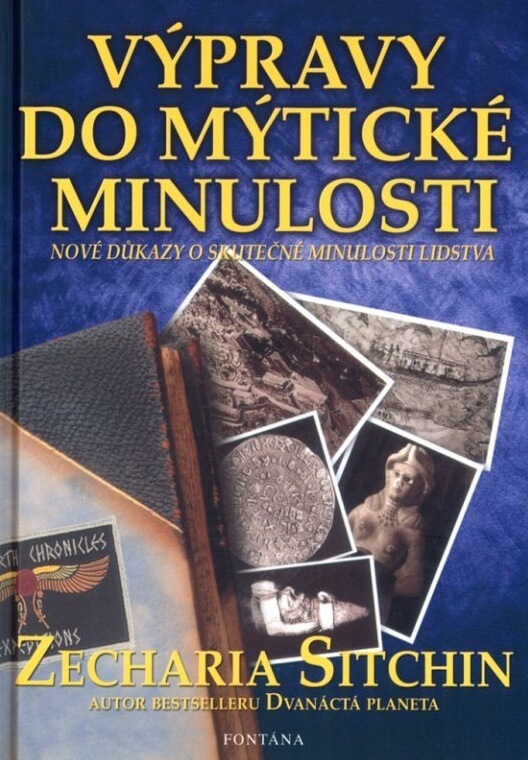 Zecharia Sitchin: Traveling to the Mythical Past