As the constraints associated with COVID-19 gradually begin to ease, more and more of us want to embark on outdoor adventures. While many fly by plane to various foreign countries, others choose to visit local attractions. There are ghost towns all over North America just waiting to be explored. Not only are they fascinatingly scary, but they're also free - and who wouldn't appreciate something for free?

You might not expect a Christmas village to stand in the Mojave Desert. But you would be wrong. On Route 66 in Arizona is Santa Claus, the original home of the good old Santa Claus. The town, also known as Santa Claus Acres, was once a busy tourist attraction… until it ceased to be. 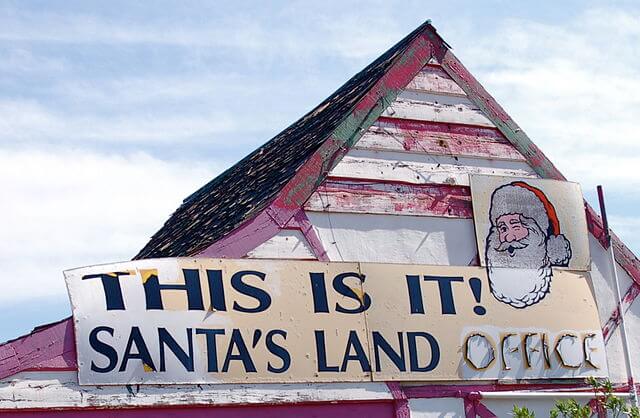 Real estate agent Nina Talbot founded the city in 1937 in an effort to attract real estate buyers to the desert. It has grown into a year-round holiday attraction with a post office, children's train and the popular Christmas Tree Inn. Unfortunately, it never became a residential mecca, as Talbot hoped, because the only permanent residents were people working in local businesses. It sold its stake in 1949, and although a number of attempts were made to revitalize it, in 1995 Santa Claus was closed. 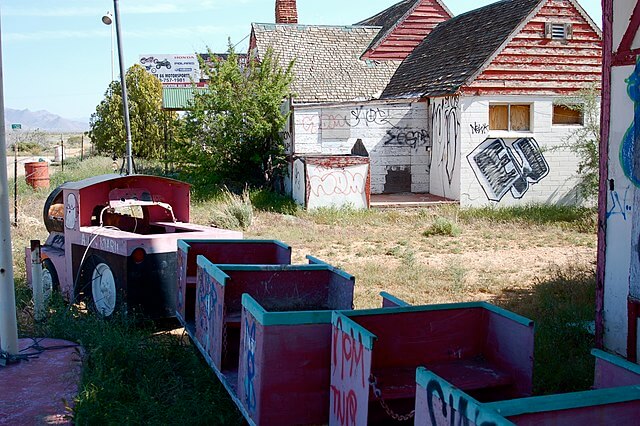 Its red-white and green striped buildings have fallen into disrepair, and visitors are now greeted by faded exteriors, painted with graffiti. The Old 1225 train has derailed in the meantime, so the city looks more like the place where Christmas came to die than the holiday attraction it used to be.

This once thriving Silver Fever town has become one of the most famous ghost towns in British Columbia. Founded in 1891 by Eli Carpenter and Jack Seaton, it was once home to thousands of prospectors who wanted to grease their pockets with silver. 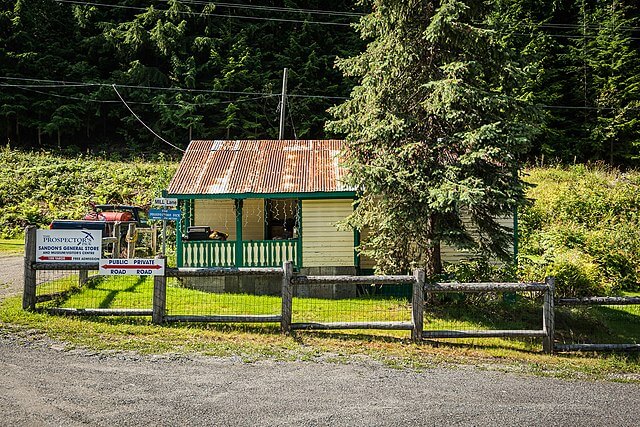 Sandon was doomed from the beginning. Despite the silver boom during World War I and the Korean War, its population and economy have never been stable. In 1920, it came under forced administration and without municipal taxes, the buildings fell into disrepair.

A fire in 1900 destroyed most of the city center and in 1955 flooded many buildings. Sandon also housed one of the internment camps for Japanese Canadians in West Kootenay during World War II, a somewhat uncomfortable part of Canadian history. 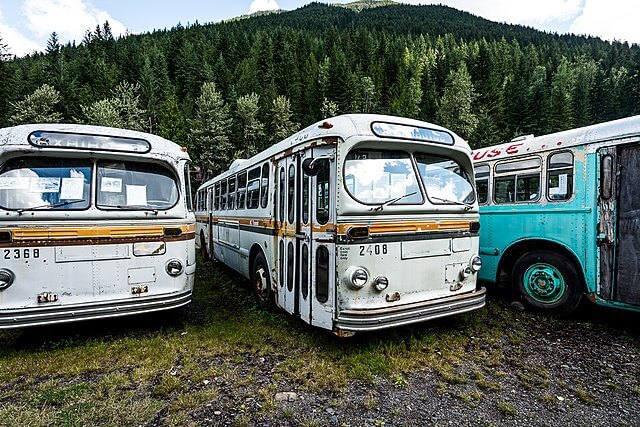 Despite its shortcomings, there is a particularly unique attraction for tourists: trolleybuses. No, this is no weird nightmare from Into The Wild. Many years ago, the cities of Vancouver, Regina and Winnipeg sent their disused trolleybuses to the city for renovation, but they never took place. As a result, Sandon looks more like a scrap yard than a typical ghost town.

Imagine living over a raging fire in a coal mine. This is exactly what the last seven residents of Centralia, Pennsylvania, are experiencing due to the coal seam fire that has been burning since 1962. We are tempted to say that the town is a hot topic for discussion, but we are sure that all the related puns have been extracted. 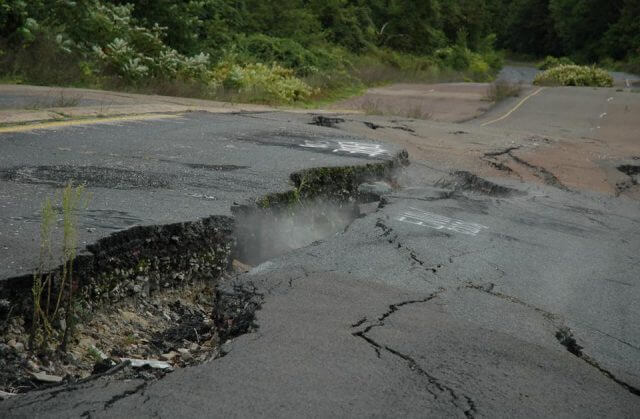 A highway with smoke penetrating cracks in the city of Centralia, Pennsylvania. Photo: James St. John / Flickr CC BY 2.0

Centralia was built on the coal industry. Although the city prospered, it was plagued by violence. At the end of the 19th century, it housed a branch of the Irish secret society Molly Maguires, which was accused of many assaults, murders and arson - its members even killed the city's founder Alexander Rae. However, the violence did not cause Centralia to fall. A fire in a coal mine led to the evacuation of the city's inhabitants in 1981, and in 1992 the city itself was destined for demolition by the state. 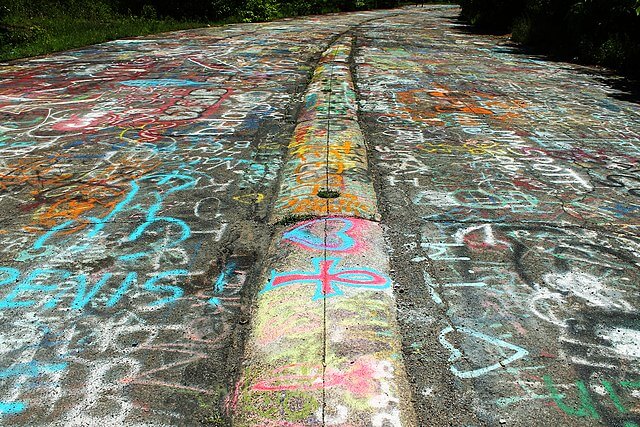 Very few buildings are still standing, the remaining ones are in an advanced stage of disintegration. Everyone who wants to visit Centralia will be greeted by graffiti-covered highways that rise from smoke. And we must not forget to mention the smell that permeates the city. There are still debates about the cause of the fire, but mostly the landfill fire of 1962 is mentioned. But what if there is something more behind it? According to legend, the Roman Catholic priest Ignatius McDermott cursed the city after being attacked by members of the Molly Maguires group. Could the fire have been a direct result of this spooky curse?

Bodie, once a bustling city during California's gold rush, is one of the best-preserved ghost towns in the American West. More than 100 of the remaining buildings are being cared for by Bodie Foundation park rangers, and the site has been declared a California Historic Landmark. 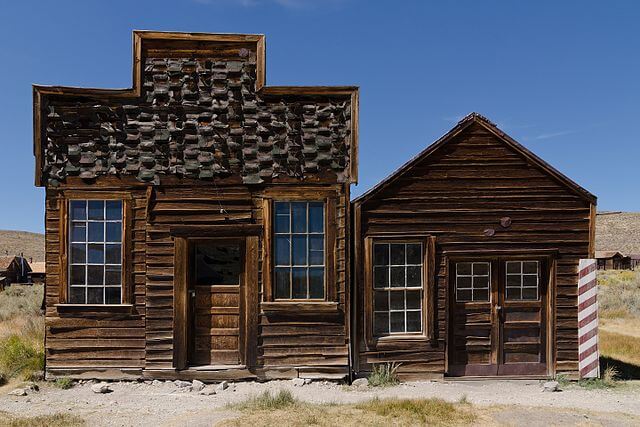 Bodie is located in the Sierra Nevada Mountains and was founded in 1876. It had all the amenities of a modern mining town, including houses, schools, hotels and even the Wells Fargo Bank. Bodie was also known for his violence. There was a quarter of red lanterns, brothels, salons, player's lairs and breweries, which meant that a miner who was out at night risked a stabbing or even shooting. 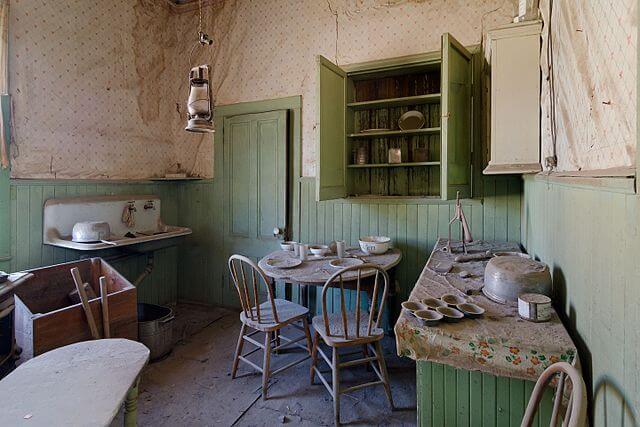 Between 1876 and 1941, the total money output of the Bodie mine was $ 70 million. It reached its peak in 1879, after which its population continued to decline and everyone left the city after the War Production Board stopped mining in 1942.

Tourists can visit the center of Bodie, which survived two large fires, one in 1892 and the other in 1932. Most of the buildings here have been rebuilt and those still standing are believed to have been relocated after the fire in 1892.

Ocean Falls, once a thriving and now dilapidated city, is located on the central coast of British Columbia in Cousins ​​Inlet. Those interested in visiting it should set aside time in their schedule, because to get here you have to fly from Vancouver to Bella Bella and then board a ferry or use a seaplane. 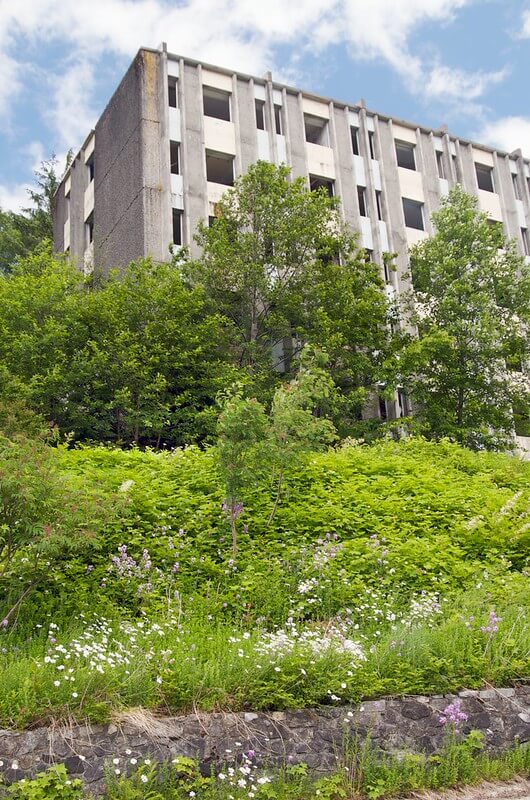 Upon arrival at the place, you will get a view of the town, which had its greatest prosperity during its heyday, 3 inhabitants. Thanks to its location, it was an ideal place for the development of hydropower. Bella Coola Pulp and Paper Company, once one of the largest paper mills in the province, was also based here.

Unfortunately, the decay and operating costs of the factory led to its closure in 1973. Even before that, however, the locals experienced a deadly fire in an apartment building and devastating mudslides. The local school also fell victim to the fire. Despite the provincial government's efforts to keep the city running, most residents eventually left it alone. 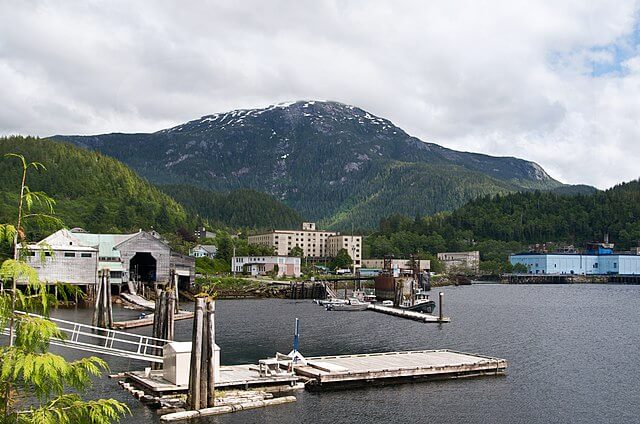 Today, much of the city is in ruins, although about 100 people live here seasonally. It is an abandoned apartment from the 50s, as well as the famous Martin Inn, which used to be one of the largest hotels on the west coast of Canada. Its 20 rooms are now dilapidated, making it an interesting place to explore.