A 900-year-old Viking chess piece was auctioned for $ 1,3 million

The chess set from Lewis Island consists of elaborate Nordic warriors depicting chess pieces carved in the 12th century from walrus tusks. A large number of chess pieces (a total of 93 pieces), probably from four chess sets, were discovered in 1831 on the island of Lewis off the west coast of Scotland. Carving very elaborate pieces soon became popular attractions of museums. Of the 93, 82 are now in the British Museum in London and 11 in the collection of the Scottish National Museum in Edinburgh.

Buy for over a million dollars

However, five of them have been missing in the past. In June 2019, Sotheby's announced that it had verified the missing piece, the equivalent of a tower figure, and sold it for an estimated cost of more than $ 1 million. The figurine was bought in 1964 by an antiques dealer in Edinburgh and passed on to his family. For some time, the figurine was stored in a drawer in the antique shop's daughter's house. 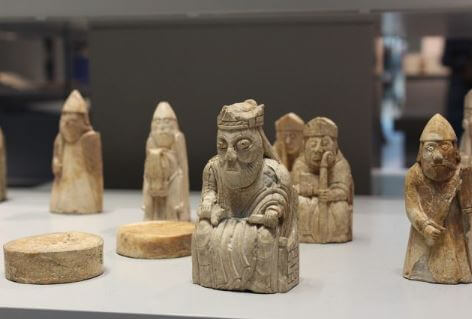 According to The Guardian, a family member stated that the figurine was stored in their grandfather's house, and no one realized its significance. "When my grandfather died, my mother inherited the figure," said a family spokesman. "My mother loved the figure very much and often admired its sophistication and uniqueness. She believed it was strange, and she thought it might even have some magical meaning. For many years she lived in a drawer in her house, where it was carefully stored in a small bag. From time to time, she pulled it out of the drawer to admire its uniqueness. " 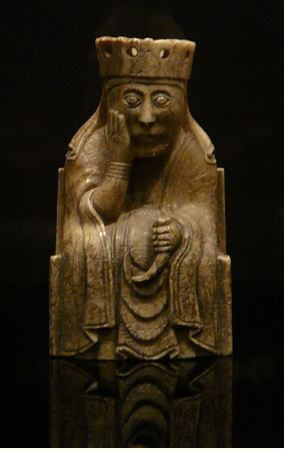 Figurine of the Queen of Lewis Island. Photo Nachosan CC up to 3.0 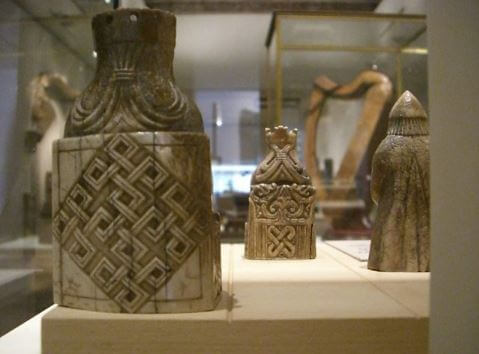 Figurine of the Queen of Lewis (back). Photo WordRidden CC up to 2.0

Figurine from the Isle of Lewis

Alexander Kader, an expert at Sotheby's, who was looking at the family figure, told The Guardian that his jaw dropped at the first sight because he knew immediately what it was. "I said, 'God, it's one of the Lewis Island chess pieces.' 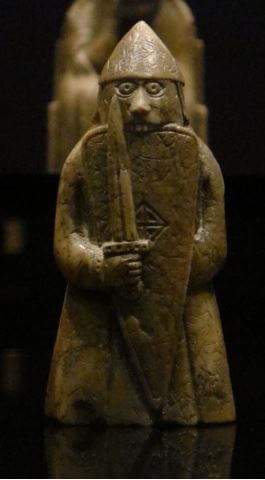 Figurine of a tower from the island of Lewis. Photo Nachosan CC up to 3.0 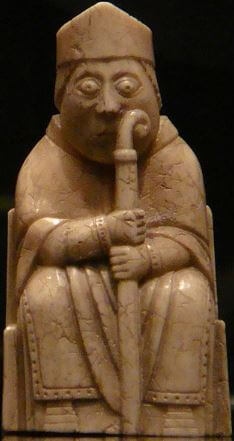 Figurine of a shooter from the island of Lewis. Photo Nachosan CC up to 3.0

He added: "They brought her here for the award. This is a normal daily matter. We provide the award free of charge to anyone. They came to the counter and we had no idea what we would see. Award-winning items are usually almost worthless. ” 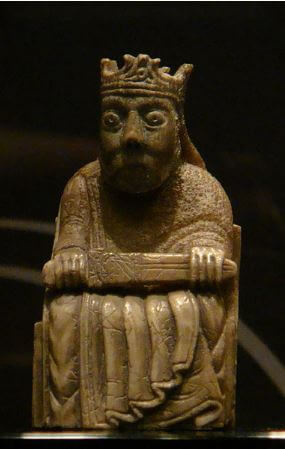 Figurine of the King of Lewis Island. Photo Nachosan CC up to 3.0

The guardian figurine, about 9 cm in size, is a bearded figure holding a sword in his right hand and protecting himself with a shield from the left. Experts believe that this Viking chess piece, along with other pieces from the island of Lewis in Trondheim, Norway, where they specialized in carved game pieces in the 12th and 13th centuries. Lewis Island was Norwegian territory until 1266, and one theory is that the chess set was a remnant of a shipwreck.

An important symbol of European civilization

Lewis was on a thriving trade route between Norway and Ireland, and another theory is that the figurines were stored there by a passing merchant. When they were found buried in a beach in Uig Bay in 1831, they became probably the most famous Scottish archaeological find, according to The Guardian. How the discovery came about is not yet clear, and one of the interpretations says that it was picked up by a grazing cow. The figures from Lewis Island are "shrouded in a series of folk tales and legends," Sotheby's said in a press release, adding that they were "an important symbol of European civilization."

Alexander Kader said in a statement: "It was a great privilege to auction this historic item and have it on offer here - it became a huge hit. When you hold the figure of this special guard in your hand or just look at it, it looks real. "

Since its discovery in the 19th century, this Viking chess piece and other pieces from Lewis Island have become an important symbol of European civilization and a frequent inspiration for pop culture, such as the life-size chess game in the Harry Potter film adaptation - The Philosopher's Stone.

Kurt Tepperwein: Awakening to Real Being

Twelve steps to ourselves - as long as we do not know ourselves, we live as sleepwalkers, and we have no idea of ​​their true potential.

Book sale with a special discount of 38% - only 4 pieces! 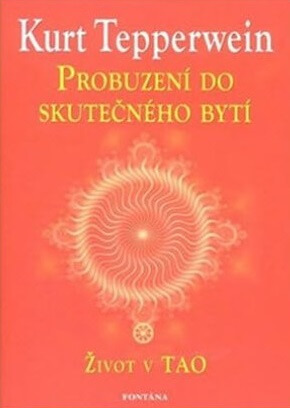 Kurt Tepperwein: Awakening to Real Being