A world without government, religion, and money really exists, and since 60. years 20.století! Many think that this utopia cannot exist, even if we all desire a better world in which people live in harmony between themselves and nature. But it works in Auroville, southeast India. He lives here without government, without a separate economy and religion.

This city is under UNESCO protection, a national UN specialized agency with the goal of contribute to peace and security around the world. It is also supported by the Indian government and external organizations.

The city is approximately 50 meters above sea level, the surface is flat, without hills and slopes. Only the dripping rainwater, which over time created fine grooves in the soil, reveals subtle inclinations. When viewed from above we see that it has galaxy shape with huge golden dome in the middle. It is surrounded by a complex 12 gardens representing the petals of a lotus flower. In this city there are people from 50 nationalities, including Czechs. 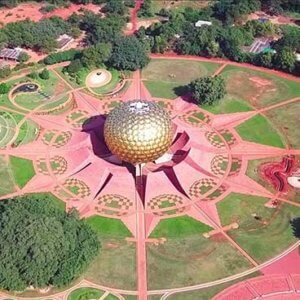 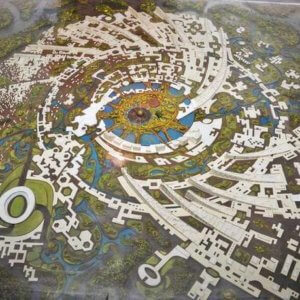 There are no skyscrapers, highways or any stressful diaries in the city to report the atrocities in the surrounding countries. This city was officially established (formerly a spiritual site) in 1968. It was founded by Mirra Alfassa, nicknamed "Mother"who wanted to create a place where people live in harmony, regardless of gender, religion or standard of living.

The city was named after the spiritual guru Sri Aurobindo, who lived here until 1950. He was a yogi, guru, poet, and spiritual reformer. His idea was that people can develop and develop their divinity. His teachings were further promoted by the aforementioned Mirra Alfassa, who founded a school where she further spread the ideas of Sri Aurobindo. This place was visited by personalities such as Nehru, Gandhi or Dalai Lama.

In this area you will find Matrimandir and its gardens. There is also an amphitheater, which is the site of human unity and contains the land of 121 nations and 23 Indian states. A representative of each state brought the land here in 1968 and planted a tree. There is also a lake that should be a place of peace and serenity. It also serves to replenish groundwater. 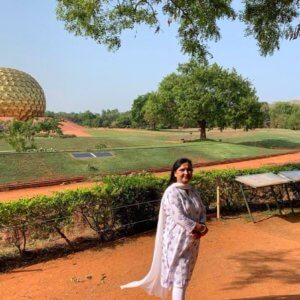 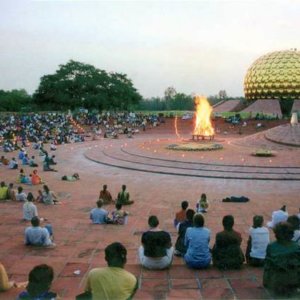 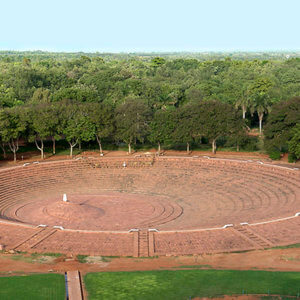 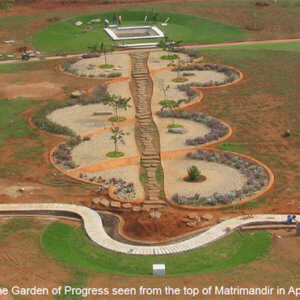 In this zone you will find industry, educational centers, centers of art and also city administration.

This zone will be bounded by parks, the ideal being to have a ratio of stopped area and green area 45% to 55%. I.e. 45% space will be built by buildings, 55% space will be green and nature. There will also be roads in this zone. 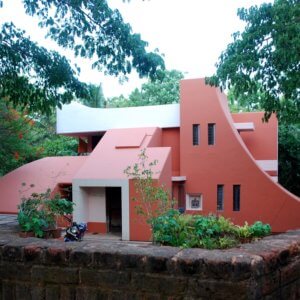 Here you will find national and cultural pavilions focused on individual continents. The aim is to create a unity that shows that every nation is a contribution to the unity of humanity.

There will be room for education, artistic expression and sport. 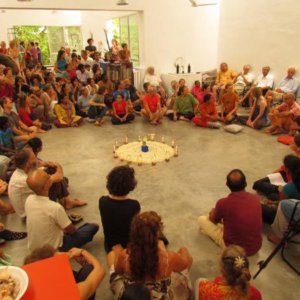 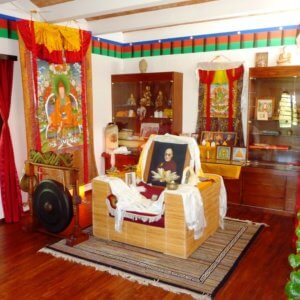 This zone will serve to develop organic farms, orchards, forests. It will be a paradise for wildlife and also a place for recreation. This belt is supposed to grow gradually and become the lungs of this city.

The locals often work in the fields, ride bicycles and try to be self-sufficient in all respects. You will hardly find the remains here - people are trying to use almost everything and recycle others. It is not possible to buy alcohol here.

The purpose of Auroville is "realize human unity and sustainable housing"And was designed to combine the" values ​​of different cultures and civilizations in a harmonious environment ". One of the first buildings was a new form of teaching Aurobindo. Students learned to accept their true nature and "instill the spirit of belonging to humanity". So this city is an international experiment to see if people can live in unity and transformation of consciousness.

Becoming a rightful citizen of this country is not easy. Candidates are enrolled on a waiting list and at least 2 years are waiting to be accepted and approved. At that time they live and work in Auroville without any financial reward. He must prove his self-sufficiency and spiritual connection to the unity of mankind.

Here too is crime

But even this state does not avoid crime and crime. Since the city has no clearly defined borders, anyone in the neighboring villages can penetrate here. Thus, in recent years, there has been a criminality in this area as well. Murders, rape and assault. So it is not recommended to go out without an escort in the evening.

Although this city is famous as a city without money, they play a role here, of course. Every citizen in the city has to become a house manager (for a small fee - for about a million crowns) or it is possible to build a house - but it will always be the property of the city. In the cafes and restaurants, the city's visitors also pay cash. The claim that money does not work in this city is therefore not entirely true.

However, Auroville remains a hopeful model of what the future might look like if people find a way to bring common good, harmony and community to money, greed and war.

Kurt Tepperwein: Awakening to real being 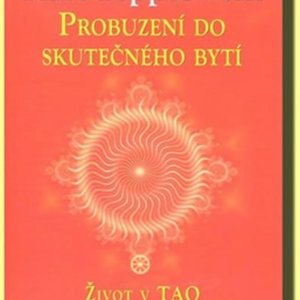 Twelve steps to ourselves - as long as we do not know ourselves, we live as sleepwalkers, and we have no idea of ​​their true potential.

Awakening to real existence means to end trans-self-deception and, with full consciousness, begin to shape your life into a work of art. Kurt Tepperwein, a well-known life teacher, offers an inspirational and easy-to-understand orientation to answer the basic question of how to lead true happiness and fulfillment.