When the Kalki Destroyer descends, the apocalypse begins

Kalki is believed that once humanity has completely abandoned all religions, "until nothing is known about the ways of sacrifice, not even by word," it will cause the world to be destroyed. Kalki is the last incarnation of the Hindu god, Vishnu, who is predicted to come "as a comet and carry a terrible sword to exterminate the ungodly barbarians at the end of Kalijuga" (Sri Dasavatara Stotra, 10.

According to the Hindu faith, cosmic time consists of four great periods, or jugs, called: Satyayuga, Tretayuga, Dvaparayuga and Kaliyuga. Currently, people live in the Kalijuga period, which lasts about 432 000 years. This period began after the Battle of Kurukshetra at the end of King Pariksit's rule about 5000 years ago. So there are about 427 000 years left before Kalijuga ends and Kalki arrives. At the beginning of Kalijuga, in 3102 BC, Lord Kšṣṇa left Earth and left a golden age behind. It is predicted that this glorious age will last 10 000 years until human flaws and errors overcome Krishna's legacy. Then the low values ​​of human nature, especially their greed and materialism, will gain strength. 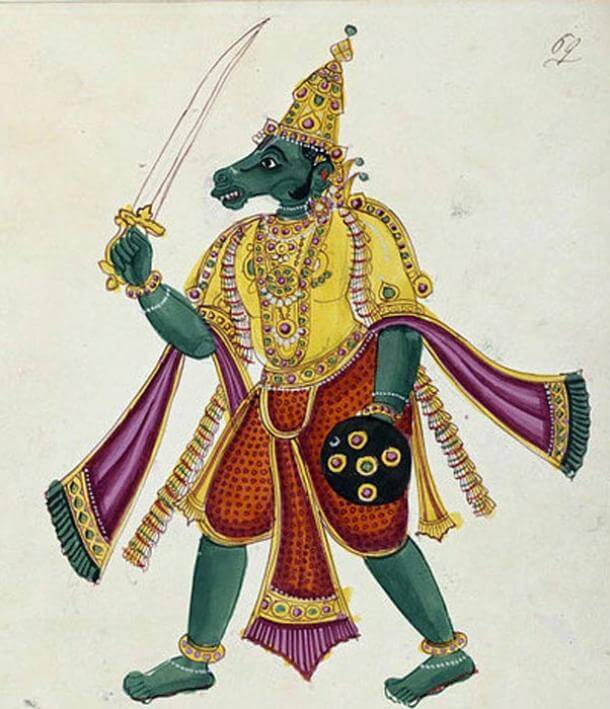 People lose all interest in spiritual development, and those who are devoted to their gods will be ridiculed and prosecuted - “for fun, hunted in cities like animals” (Knapp, 2016). But the situation will get worse. Governments and police will be swept by corruption, human dignity will fall and there will be no possibility to defend or tackle crimes. People will fight each other - warfare will be constant. The world becomes terrible. It is said that it will become a place where people will be born only to suffer and chaos to rule everything.

The prophecies of Kalki Purana

Kalki Purana predicts that the followers of materialism living in Kalijuga will be Kalki's main goal:

“All of these relatives [representatives of the incarnation of the age] Kali are the destroyers of sacrifices [religious rites], knowledge of the Vedas and mercy, because they have violated all the principles of the Vedic religion. They are vessels of mind, illness, old age, destruction of religious principles, sadness, lamentation and fear. These descendants of Kali wander across the kingdom of Kali, causing suffering to all people. Such people are fooled by the effects of time, very restless in their nature, full of greedy desires, immeasurably sinful, proud and brutal even to their own fathers and mothers. [Also] those who are known as twice-born [spiritually initiated] lack good behavior, free from any observance of the right principles, and always in the service of the lowest classes. ”(Knapp, 2016) 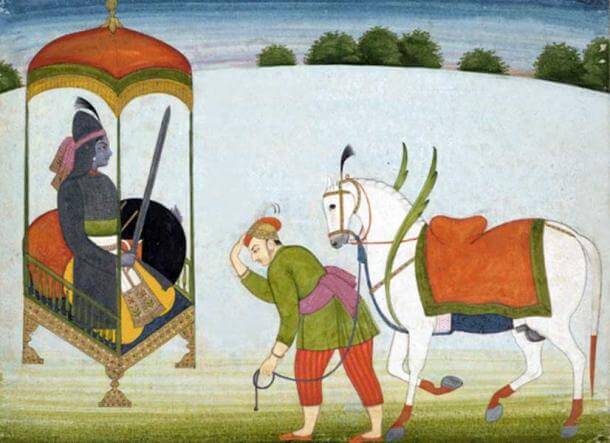 Kalki Purana also describes what will happen to priests - those who should maintain a pure and unshakable faith:

“These fallen souls like empty words and religions serve them as a livelihood, the teachings of Vedic wisdom are their vocation, they have fallen out of keeping their promises and sell wine and other abominable things, including meat. They are by nature cruel and have a penchant for satisfying their belly and sex. For this reason, he longs for women and always drunk. ‟(Knapp, 2016)

The return of Kalki

For 432 000 years has the return of Vishnu / Krishna in Kalki's Avatar, 22. the incarnation of this God, the end of Kalijuga. Kalki, brandishing a sword of fire (Parabrahman's weapon), descends on his noble white horse to Davadatt from heaven to kill all the wicked and perverted.

“Lord Kalki, the Lord of the universe, saddled by his lush white horse, Devadattu, and with his sword in his hand, will traverse the earth, showing off his eight mysterious magnificences and the eight special qualities of Godhead. Giving off its incomparable glow and swiftly, he will kill millions of these thieves who have worn the robes of kings by millions. ‟(Srimad-Bhagavatam 12.2.19-20) 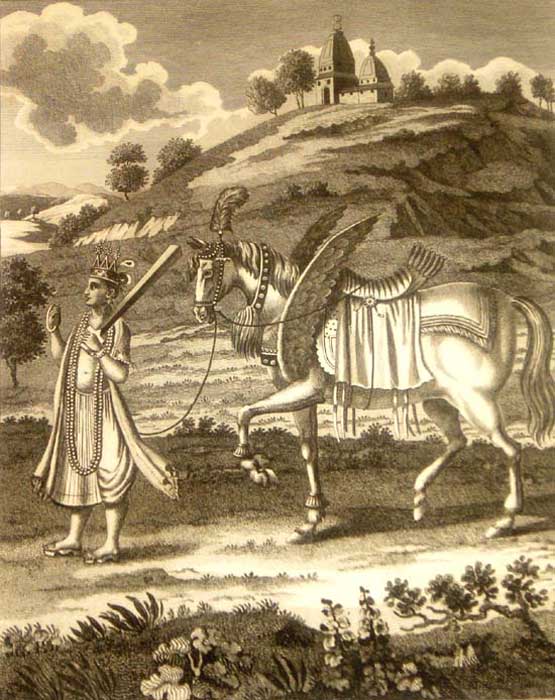 The situation will be so bad that his arrival will be considered a blessing by the few remaining saints who survived hidden in caves and wilderness. Kalki (whose name can be translated as "destroyer of disgust," "destroyer of darkness," or "destroyer of ignorance" will then launch another Satyajugu. This will be a period of truth and justice.

The Second Coming of Christ

The myth surrounding Kalki has clear parallels in the eschatology of other great religions, especially in the second coming of Christ in the Christian faith. As we can read in chapter 19 Revelation:

"And I saw the heavens open, and, behold, a white horse, and upon him sat the one who has the name Faithful and True, for he judges and fights righteously. His eyes were a flame of fire, and on his head a multitude of royal crowns; his name is written and no one knows him but himself. He wears a robe of blood and his name is the Word of God. Behind him heavenly armies on white horses, dressed in white pure linen. A sharp sword comes out of his mouth to kill the nations; he will feed them with an iron crutch. He will push a press full of wine punishing the wrath of God Almighty. He has a name written on his coat and on his side: King of kings and Lord of lords. And I saw an angel standing in the sun, crying with a loud voice to all the birds flying in the center of the heavens: “Come, go down to the great feast of God! You will feed on the bodies of kings and warlords and warriors and horses and riders; bodies of all, masters and slaves, weak and powerful. ‟ 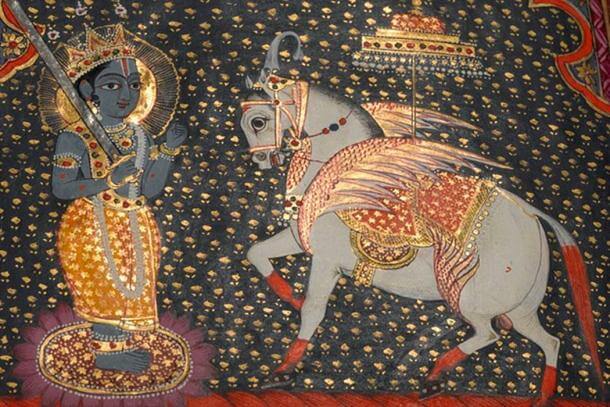 And I saw the beast of prey, and the king of the earth, and their armies gathered together, to deliver into battle against the horseman, and against his army. But the beast was captured, and with it a false prophet, who made miraculous signs to her honor and seduced those who received the beast's sign and knelt before her image. Alive, the beast and its prophet were thrown into a lake of fire burning with sulfur. The others were slain by a sword coming from the rider's mouth. And all the birds are fed with their bodies. ‟(Revelation 19: 11-21)

Theories about how the world will end can be found in many world religions. Just as religions have theories about the origin of mankind, so do the notions of extinction.

Ivo Wiesner: A nation in the fief of the Gods

Man and nation have an immortal soul, incarnate in a nascent new community. As the karmic fateful ring of a nation closes, the spiritual legacy of those who come comes as a demon. The karma of the wondrous Hyperborean nation has come true, the karmic circle of the Celts and the Nys has united and closed, and the karma of our nation is approaching the zenith. If you ask about the meaning of its existence, I will answer that the purpose is to mature for the spiritual leading role of future humanity. If you ask what the purpose of the existence of a human being is, it will respond better than I to the ancient dharmic laws that our ancestors followed. 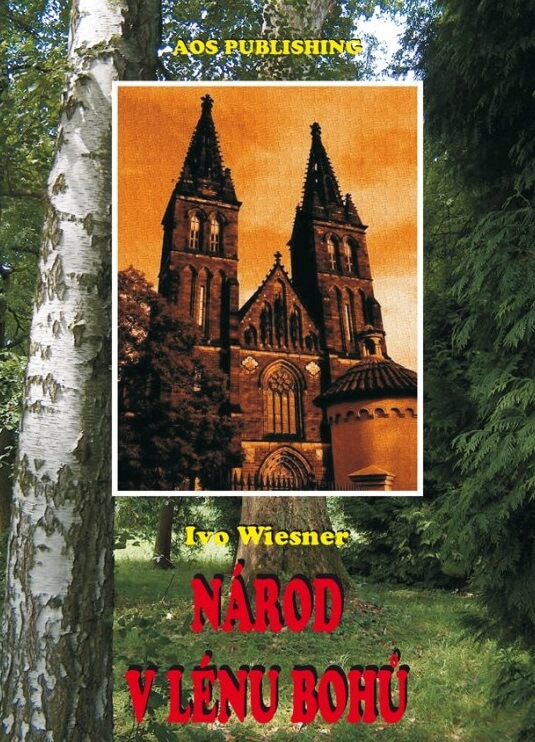 Ivo Wiesner: A nation in the fief of the Gods