Is the atmosphere on the moon?

Review movie Sirius. We still have a Public Hearing.

ETV adds energy to the sun

Caracol is a large ancient Mayan archeological site located in what is now the Cayo district of Belize, about 40 kilometers south of Xunantunich and the city of San Ignacio and 15 km from the Macal River. It lies on the Vaca plateau, at an altitude of 500 m at the foot of the Maya Mountains.

Caracol, it's like a hidden gem. It is one of the largest Mayan sites in Central America. It covers an area of ​​approximately 200 square kilometers and thus covers an area larger than Belize City. The area of ​​this locality is stunning and it is quite difficult to imagine it. It contributed to its mapping in 2018 pGuatemala a Belize using technology LiDAR, thanks to which, in addition, about 60 previously unknown structures hidden in the forest were discovered. From what has been revealed, it can be concluded that this area was once inhabited by a very advanced and still underappreciated civilization. Impressive buildings, testify to the presence of a highly organized and organized society. One of the best examples of Mayan sophistication is found in Caracol, the largest known place in the territory of today's Belize inhabited by May.

At the end of the 17th century, the Spanish monk Andres de Avendano y Loyola and his men ran barefoot and hungry through the forests of Central America. Their faces were scratched from thorns and their legs cut from flint scattered across the muddy ground. These men fled from the city of Tayasal, the last Mayan stronghold, after their missionary work failed. Along the way, they came across a huge stone pyramid that jutted out over the lush forest. They were the ruins of the great city of Tikal. At the time the ruins were encountered, the Mayan civilization was just a shadow of its former glory. Large cities were abandoned several decades before the arrival of the Spaniards.

Caana, the largest building in Caracol, Belize. It is assumed that it was a multi-purpose building, from the palace residence to the ceremonial.

One of the abandoned Mayan cities was also the city of Caracol, located in western central Belize just 76 km (47 miles) southeast of the more famous Guatemalan Mayan city. Tikal (the largest ruins of the Mayan city).

The Maya appeared in Central America 3000 years ago and founded an empire that stretched from Honduras to the south Mexico. They were one of the most advanced civilizations that existed in MesoamericaThey conquered the jungle, building dazzling and magnificent cities that stretched across the landscape. They had a developed business and even cooperated with the surrounding areas.

Early Mayan culture flourished thanks to the natural resources that were in the area, but it was not until the pre-classical period that the social hierarchy developed. From 1500 BC to 250 AD, small tribal villages transformed into chief-type societies and then into the early Mayan states. They traded with each other and even formed alliances that helped their economies prosper. Another interesting fact was that Mayan women played a significant role in society. In addition to fathers, mothers were also inscribed on the stone stelae where the monarchs announce their origin, a in many kingdoms, their name is even mentioned as a matter of priority - from which it can be concluded that they may have stood very high in the social ladder. Men and women were thus considered equal in the Mayan world.

One of the largest ancient Mayan sites became the settlement of Caracol, founded around 600 BC Although this settlement was far from natural water sources, there is evidence that the people of Caracol were able to build and maintain water reservoirs known as cenotes (extensive Mayan underground rock spaces filled with water).

The Cenotes were not only their main source of water, but were also considered the entrance to Xibalba (the underground realm of darkness) and also the place where the Mayan gods, especially Chaac, the Mayan god of rain, lightning and thunder, went. The cenotes were so important that most temples and villages were built near them, or, as recent research shows, on their peaks, such as Chichen Itza (now a ruined Mayan city).

Within the Mayan culture, kings or rulers of cities were also considered gods. The official royal dynasty of Caracol was founded in 331 AD, by the annexation of smaller towns to Caracol. The dynasty was probably founded by Te 'K'ab Chaak (God of Rain on the branches of a tree) and it was probably his descendants who made Caracol a superpower. Information on immediate succession is incomplete. Among the later kings, the most important rulers were Yajaw Te 'K'inich II and his son K'an II.

Yajaw Te 'K'inich II ascended the throne in 553 AD and stelae from his reign provide a much clearer picture of Caracol's political influence.

The first years of Te 'K'ab Chaak were marked by diplomatic and military chaos, which led to Caracol breaking free from the influence of the more powerful city of Tikal and joining the side of his rival Calakmul. The reign of Yajaw Te 'K'inich II was marked by prosperity, which contributed to the small town he inherited gradually becoming a metropolis.

In the period 550-900 AD, Caracol was at the height of its fame and spread over an area of ​​approximately 177 square kilometers, where magnificent construction projects were created, which completely transformed the ancient landscape. Unfortunately, it all ended abruptly.

In 1050 AD, like all other Mayan cities, Caracol was abandoned by its inhabitants. The real reasons are under investigation and speculation, but the drought and famine probably led people to make difficult decisions and leave their homes to find a livelihood area.

Ancient civilizations sought to appease the gods by sacrificing valuables, animals, or even humans. For the most part, these rituals were associated with the Aztecs in Mesoamerica, and the Maya have long been considered peaceful creatures. Archaeologists conducting research in Mayan sites, including Caracol, however discovered in the cenotes human remains along with jade, ceramics, gold and incense. This could indicate that the Maya also sought to appease the angry Gods by sacrifice. One of the places where the victims took place were the cenotes, because of their connection with the underworld. However, the absence of mass graves could indicate that the Maya did not make human sacrifices.

The Maya usually carried out bloodshed by dripping some blood on paper and burning it. For Maya, blood meant life, and they believed that the Gods had created lidi your own blood and therefore it was their duty to make them blood sacrifices.

Over time, the city of Caracol engulfed the jungle and only coincidence helped it to be reborn. The indigenous lumberjack was responsible for this, who, in search of a suitable tree, in 1937, came across unusual buildings. The report reached the A. Hemilton Archaeological Commission for British Honduras, today Belize. At first, Caracol was not very well known and was missing from the records devoted to the history of the Maya. Undoubtedly, the Spanish conquerors played a part in this, destroying a large number of documents. 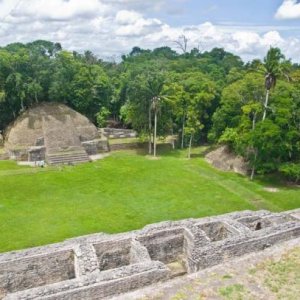 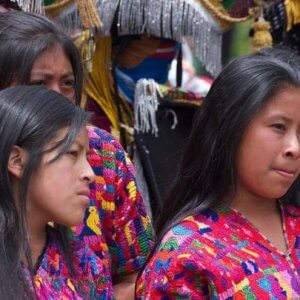 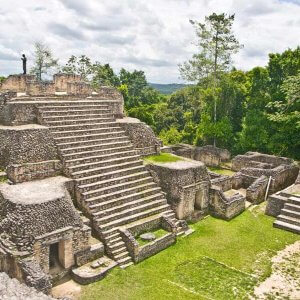 Archaeologists are currently systematically researching the area, looking for some artifacts that will help us understand the history and culture of the Maya and allow us to rewrite and expand the knowledge we have had so far about this advanced civilization. The legacy left by the Maya is unparalleled, despite all obstacles - war, famine, drought and the arrival of the Spaniards. But the Mayan population has not disappeared. Almost six million Mayan descendants still live in this area, who maintain their inherited culture and continue the traditions although not always in their original form.  Some have almost integrated and adapted to the current way of life and the culture that surrounds them. Archaeologists continue to research Mayan sites with the latest technology and constantly bring new information. However, the Mayan Empire still remains the most mysterious civilization.