What Does Consumerism Mean?

With expression consumerism we often meet very often in discussions, in the media, but also in everyday people. It is considered to be the "curse" of today's time in which we live. It is as if we have lost real value and sought happiness in the consumption of goods and services. But is that really the case?

Spectacular Consumption = Acquisition of goods and services for public display of wealth or status. Veblen in his book Idle Class Theory (1899) Points to the clear feature of the newly created late 19th-century upper class and the emerging middle class of the twentieth century, which accumulates luxury goods and services for a clear purpose, which is to show prestige, wealth and social status.

The way of life goes even further and suggests that it is good for members of society to participate in constant spending and consumption, not because of maintaining their social status, but also because they drive the economy of the economy, contributing to the development of consumer goods. The impact of consumerism on Western society has led to the development of strong businesses and giant economies, but also to increased reliance on credit and debt.

Interview with Marcela Hrubošová on Finance for RAdost

Marcela Hrubošová: A push for a successful business

The book by Marcela Hrubošová A push for a successful business brings you a totally unique and comprehensive view of what business is. The book is a real school "cheat sheet": it contains all the essential things you need to know and know to successfully pass the "own business" exam and enjoy the whole process. 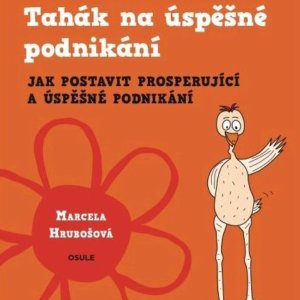 A push for a successful business

Evidence of giants? No! Taiwanese artwork