In 1549, when the Spanish conquerors, headed by Pedro Cieza de León, were looking for the capital of the Inca Empire, they entered Bolivia, where they had the ruins of an ancient city called the Tiahuanaco. At the same time, another city: Puma Punku was discovered in the northeast at 400 meters. Scientists believe that Tiahuanaco was once the center of civilization with more than 40.000 inhabitants.

At the Precious Metals Museum in La Paz (Bolivia), we discovered an absolutely fantastic bowl called locals Fuente Magna. The bowl was discovered near Tiahuanaco and Lake Titicata by a local farmer in the 50s. Tiahuanaco is probably the largest indigenous civilization few have ever heard of. World researchers believe that this ceramic bowl provides evidence of a meeting of locals with extraterrestrials in Puma Punk.

But why is this piece of ceramics so important? If you look carefully at the surface of this bowl, you will find that it is covered in cuneiform-Sumerian hieroglyphics. But this is a big problem, because according to official archeology, the Sumerians and the original inhabitants of Tiahuanaco and Puma Punku never met. So how is it possible that the inscriptions written in Sumerian cuneiform-Sumerian hieroglyphs originating in Mesopotamia appeared on the Fuente Manga bowl from South America?

Writer and columnist Zacharia Sitchin was one of the first to review the original Cuneiform Sumerian texts, claiming that the Sumerians were in direct contact with the extraterrestrial civilization the Sumerians called the Anunnaki. This theory, which is rejected by official scientists, may seem incredible. However, it is a very simple and logical explanation for the fact that the Fuente Magna is described in cuneiform Sumerian hieroglyphics and how it got to South America.

You know that in our shop Sueneé Universe you will find many titles of this author Zacharia Sitchina?

Dr. Winters carried out many studies on the Fuente Magna Bowl with very interesting results. For example, he compared the written form with texts from the Libyan-Berber texts that emerged in the territory of today's Sahara more than 5000 years ago. With regard to further research, it was found that this form of writing was used by Proto-Dravidians, Proto-Mandes, Proto-Elamites and Proto-Summers.

According to Dr. Winterse, the Vai script found on the bowl is very interesting. It contains common characters that coincide with Libyan-Berber, Indus, Proto-Elamite and Proto-Sumerian characters. This Dr. Winters allowed this text to decrypt.

Your language, or also the language of Gallinas, is the language Mande currently talking about 104.000 in Liberia and a smaller population (about 15.500) in Sierra Leone.
After successful transliteration, Winter able to translate the resulting text using the Sumerian language. In essence, he compared the form of registration in the bowl with that of the Vai language and concluded that it was the same form of registration using the Proto-Sumerian registration. The symbols used also have much in common with Proto-Sumerian characters, which are linked together to form the words of a sentence. Dr. Winter divided the text written on Fuente Mang into several basic parts to be interpreted using the Vai language.

Writing on a bowl

This text is written on the right side of the bowl. It is read from the mountain down and from the right to the left.

Winters translates this text as follows:

Translation continues to the left:

Neith was one of the first goddesses in the Egyptian pantheon. The current interpretation is that it was the Goddess of War.
The successful translation of the text presented on the Fuente Magna Show suggests that the bowl served for the ritual worship of the goddess Nia. Ritual participants thanked the goddess for fertility, rich flora and fauna, which apparently allowed Sumerian explorers to survive in today's Bolivia.

It seems to us very interesting that the Fuente Manga people refer to the goddess as on Nia. Nia is derived from the term Neith. Neith is the Greek name of the Egyptian goddess Nit or Neit. This goddess was very important and popular among the ancient people of Libya and other parts of Central Africa, long before they left the region and settled Mesopotamia, the Indus Valley and Minoan Crete.

According to the research that was made, Fuente Magna was probably created by the Sumers who settled in the territory of present-day Bolivia sometime before 2500 before our decade. This, of course, is a matter of contemporary official archeology, as it would undermine the claim that the ancient civilizations on each continent had no contact with each other. 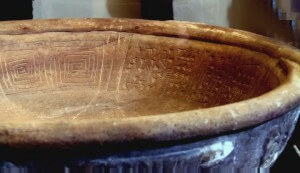 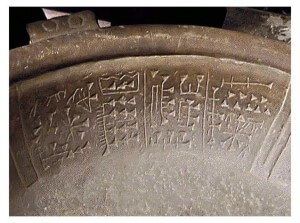 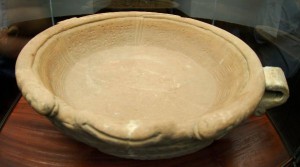 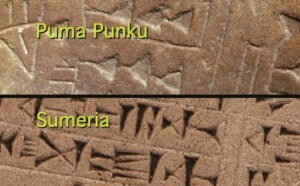 According to the proponents of the archaeo-astronautic theory, the Fuente Magna Basin is a thorn in the mainstream archaeologists, as Bolivian archaeologists have proven that it is not a rampage. The bow itself indicates that ancient civilizations managed to travel long distances. Either they had to be very capable sailors, or rather they had to have Vimanas - flying machines.

Zacharia Sitchin - Trips to the mythical past

New evidence of humanity's true past. Was Troy a mere poetic imagination, a real place where heroes fought and died, or a stage where vengeful gods moved human destinies like chess pieces? Did Atlantis exist or is it just an allegorical myth of the ancient world? Have New World civilizations been in contact with Old World culture millennia before Columbus? It is by visiting the mythical Troy that Zecharia Sitchin launches exciting expeditions into a mythical past, exploring the hidden evidence of humanity's true past, thus offering dramatic insights into his future. 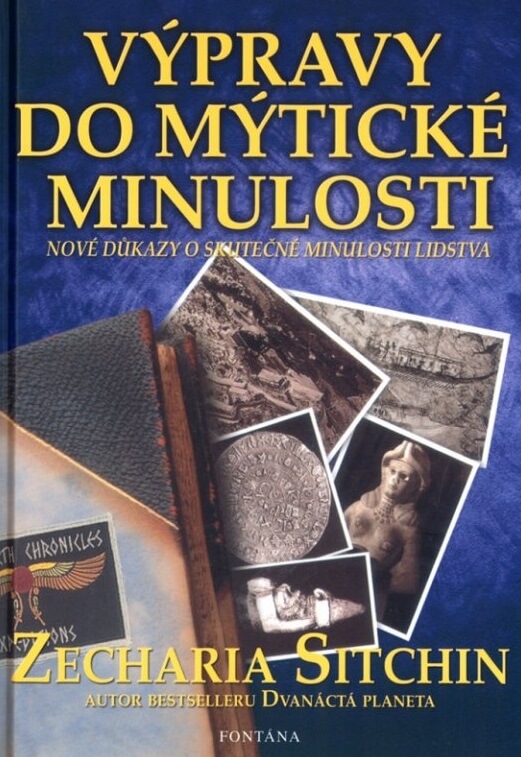 Zecharia Sitchin - Trips to the mythical past

Michael Tellinger: Karma has caught up with the Anunnaki, are they helping us behind the curtain?

The Forbidden History of Mankind Hides the Answer to "Missing Article" (2.díl)

The Forbidden History of Mankind Hides the Answer to "Missing Article" (1.díl)