Former Senate Speaker Harry Reid continues to call for us to follow scientific knowledge when studying UFO sightings. He was originally said to have "never intended to prove that life outside of Earth exists." However, if science proves otherwise, "it has no problem."

Harry Reid on a visit to Area 51

Reid claims to have visited the top-secret Air Force Test Center in Southern Nevada's Area 51 while still a senator.

"I was fascinated by what I saw, although much of it must remain secret," Reid wrote. "During one visit, I set out on a short journey to the facility, which housed the new secret air fighter jets. For safety reasons, pilots could only fly with them at night - under the same Nevada stars I looked at as a boy. " 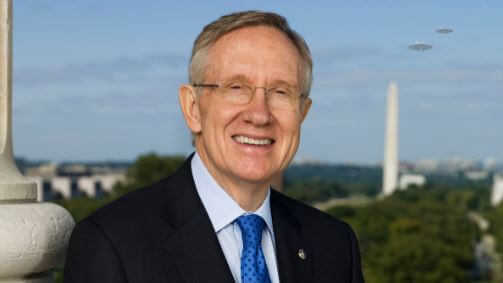 Harry Reid via Wikipedia, Public domain with UFO from Jazella via Pixabay, licensed by Pixabay

He then announced that the existence of Area 51 was to remain secret until 2013.

"Although Area 51 was founded decades ago during the height of the Cold War, its existence was not publicly acknowledged by the US government until 2013. As part of a democratic regime, our government constantly balances between two opposing priorities - secrecy and transparency. However, if it revealed the existence earlier, it would damage our national security. " he wrote.

Recently, Reid suggested that Lockheed Martin might possess fragments of UFOs, but never saw evidence of the claim.

"I've been told for decades that Lockheed has some of this material," a Democrat told New Yorker. "And I tried, if I recall, to obtain the Pentagon's secret consent so I could look at the materials. They didn't approve. I don't know what all the numbers were, what kind of secrecy the materials had, but they didn't give them to me. "

At the same time, Reid realized that the "unofficial tabooing" of all UFO debates could actually damage national security. In addition, it could hinder technical progress, as other countries are openly studying this phenomenon. Therefore, he decided, along with two other senators, Stevens and Inouye, to establish an AATIP focused on science.

"I believe there is information revealed during a secret government investigation into unidentified aviation phenomena that can be made public without compromising our national security." he said.

In 2007, Harry Reid applied for funding for a "Pentagon covert operation," which he described as an advanced air and space threat identification program. Although his staff warned him to "stay away from UFOs," he says he "politely ignored them." Although the program officially ended in 2012, UFO studies continue as part of the working group on unidentified aerial phenomena to this day.

In the Times, Reid said he became more interested in UFOs after journalist George Knapp invited him to a UFO conference in 1996. There he was impressed by his academic and scientific approach. They focused on "technological progress and national security" rather than on aliens.

After this experience, Reid became "addicted" and his interest increased even more after talks with former astronaut and then Ohio senator John Glenn. He was the first American to orbit the Earth. Remarkably, Glenn himself reported seeing UFOs and "fireflies." Later reports attributed the fireflies to the fumes released from the spaceship and its body.

Below is an interview about UFO that Knapp had with Reid in 2019:

Conducting UFO research with the help of science

When Reid was younger, he believed that the best way to approach UFOs was to conduct research with the help of science. Today, he believes that this is the key.

"I believe that science is essential when researching UFOs. Focusing on little green men or conspiracy theories doesn't go far. Of course, no matter what science tells us, a section of the public will continue to believe in the reality of extraterrestrial UFOs as a matter of faith. The UFO debate can ultimately be divided into sincere belief in science versus sincere belief in aliens. I'm on the side of science. "

To date, he said, "we still don't understand much about this phenomenon." He is therefore not sure whether the vessels are of extraterrestrial origin or have been built by other countries. On the other hand, some messages may be caused by distorted visual perception. However, he maintains an open mind. In the past, he had indicated his belief in the likelihood of extraterrestrial life.

"The world as we know it today is enormous. It's so big I can't understand it. And I think we humans need to be a little short-sighted if we think we're the only species in the universe. There is definitely more than one species in the whole universe. "

In 2017, the Times revealed that there was an "mysterious UFO program" AATIP and that it was funded with $ 22 million.

Much of the money went to Reid's longtime friend, the conservative Republican Robert Bigelow, who also worked with NASA to "build ships that humans could use in space." In addition, the Las Vegas real estate mogul and Bigelow Aerospace funded projects from funds earned from renting Budget Suites. According to George Knapp, Bigelow spent perhaps more on UFO research than "any other person in history."

In 1996, Bigelow bought the 480-acre Skinwalker Ranch. The place earned its nickname thanks to the "Navajo legend of the form of changing witches." Prior to Bigelow's arrival, former owners Terry and Gwen Sherman said they saw three different types of UFOs and also saw mutilated cattle.

According to Vice, much of AATIP's research took place on a ranch, which is a center for paranormal phenomena in Utah. However, Reid claims that he never visited the place.

"I didn't feel it was appropriate for the government to take me there." Reid said.

On the 60-minute show, Bigelow said he remained "absolutely convinced" that aliens had visited Earth.

Below, Bigelow talks to George Knapp about UFOs and his latest journey to learn about the afterlife.

Mellon, for example, said that the Air Force "stiff" prevented the operational group from obtaining information. Elizondo, on the other hand, mentions the enormous opposition of the government bureaucracy.

"You have all the stigma and taboo associated with it," said Elizondo, who serves as an informal adviser to the military. "Organizations whose mission could fall directly on it are opposed to accepting that mission."

Although public interest is great and the stigma surrounding this issue has diminished, this may not be the case within the government.

"For decades, this topic has been so taboo for the public that no one wants to risk their professional careers and the careers of their bosses in connection with this issue without being ordered to do so." Elizondo said.

Mellon, who served in the governments of Presidents Bill Clinton and George W. Bush, says lifting the taboo may require the direct involvement of senior executives - and more time.

"I hope this administration will give our troops the support they deserve," Mellon told NBC News. "On this issue, it means finding out as soon as possible what threat, if any, is posed by unidentified vessels, which shamelessly and repeatedly violate the limited US airspace and hover around our warships. Our people are naturally and legitimately concerned, and almost nothing has been done to address their concerns. "

In 2020, Reid said he said it would be "really unfortunate for a country" for the government to stop working on UFOs because "other countries are doing it." However, Elizondo thinks that the UAP report should be postponed. With more time and financial budget, it could reveal more facts, instead of just serving as further evidence of continued secrecy.

A book Space barons is the story of a group of billionaire entrepreneurs (Elon Musk, Jeff Bezos, and others) who invest their assets in the epic resurrection of the American space program. 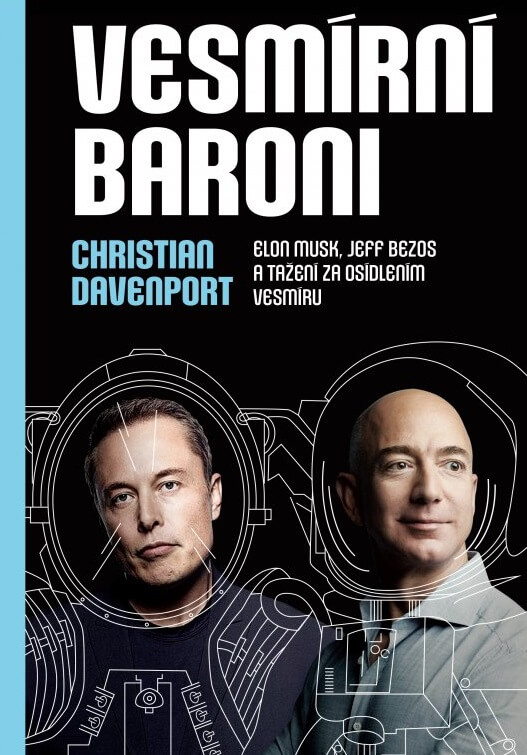