Harvard researchers can indirectly confirm that fasting, the method used by more than 2500 years ago by ancient Egyptian priests, can increase the length of our lives.

Historical links suggest that more than 2500 flights were used in ancient Egypt, India, and Greece for occasional starvation, which strengthened the body and prolonged life. A number of written sources from different civilizations around the world, irrespective of religion or their territory, the realization of fasting and its numerous advantages.

Fasting and studies at Harvard University

A study by Harvard scientists has shown that occasional starvation affects mitochondrial networks and can prolong life. Although previous work has shown how fasting can slow down aging, we are now beginning to understand the basic biological reactions. According to the researchers, the study showed that by manipulating mitochondrial networks in cells, whether by restricting diet or by genetic manipulation that mimics this process, we can prolong life and contribute to health promotion. 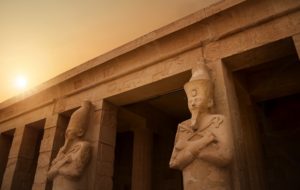 Old Egyptians have used occasional starvation before more than 2500 flights to gain better health and prolong life. A group of researchers at the prestigious University of Harvard published an article in the journal Cell Cell Metabolism, which details the progress of research into mitochondrial connections and explains how occasional, hungry, vital to increase overall life expectancy.

Fasting and experimenting in a group of earthworms

According to this report, scientists managed to stop aging in a group of earthworms, called Clitellata elegans, by influencing the mitochondria - the cellular organelles responsible for the energy output for cellular activity, by subjecting the earthworms to regular fasting. This significantly prolonged the short lifespan of the raindrop, which normally only lasts two weeks.

According to researchers, in the past, the results of dietary restrictions and occasional starvation have had a positive effect in old age, so understanding the principle why this phenomenon occurs is a crucial step in the therapeutic use of its benefits.

Importance of plasticity of mitochondria

"Our work shows how the plasticity of the mitochondria for the contribution of fasting is important,"The researchers explained, but stressed the need to explore this complicated biological process more thoroughly to arrive at the definitive conclusions.

Principal author of the study Heather Weir (conducted research at Harvard and now is a researcher at Astex Pharmaceuticals'), he added:

"Low-energy conditions, such as dietary restrictions and occasional starvation, have been shown to promote health during aging. Understanding why this is the case is an essential step in reaping the therapeutic benefits of starvation. Our discoveries open new avenues in search of therapeutic strategies that will reduce the likelihood of developing age-related diseases in old age. "

William Mair, Associate Professor of Genetics and Complicated Diseases at Harvard Chan School, and the lead author of the study adds:

"Although previous work has shown how occasional fasting can slow down aging, we are only beginning to understand the basic biological significance. Our work shows how important the plasticity of mitochondrial networks is for the benefits of fasting. If we block the mitochondria in one state, we completely prevent the effects of fasting or dietary restrictions on longevity. "

Dr. In his book, Weise, a renowned nutrition scientist, provides a wealth of practical guidance on how to deal with the consequences of our unhealthy lifestyle approach: how to rid the body of deposits, mucus, poisons and overweight. 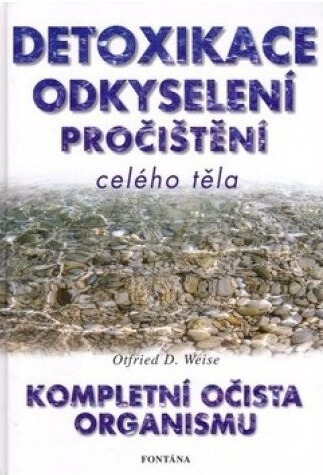 Sueneé: Do you have your own experience with fasting? Do you practice it regularly? Write us to your comments.

The five rules of qigong