Hathor - Lady of the Stars, Goddess of Love and Music

There is much speculation about the true origin of ancient Egypt and Sumer. Are these legendary stories based on truth, or are they only myths about divine beings from foreign stars? One such being was called "The Lady of the Stars, Heaven and Life". Her name is Hathor. She was worshiped in Nubia, Semitic West Asia, Etipia and Libya.

Her followers worshiped her as the goddess of motherhood. It was worshiped from the beginning of the Egyptian religion until approximately 500 years AD. Although Isis, the mother of Horus, is much more famous, it was Hathor, who is perceived as the very first goddess, the goddess of the Milky Way. 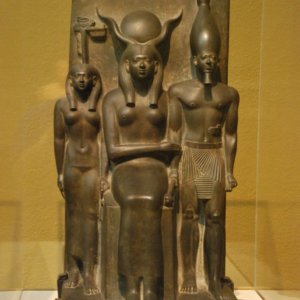 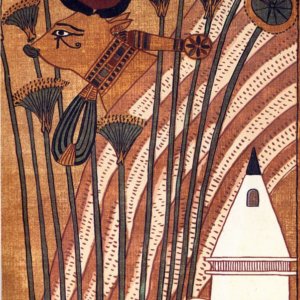 Hathor was portrayed often as heavenly cow, because she represented Milky Way and just milk flowing from above. It was also associated with Venus, the morning star and goddess of the Romans. The Greeks had it associated with Aphrodite, the goddess of love. Hathor had a red body and carefully worn eyes. Sometimes it can also be seen in pure white. The human face was complemented by horns and a red disc of the sun between the horns. The red solar disk later appeared in the Isis views.

It can take many forms, it may look like a lion, a goose, a cat, a vulture, a cobra or even a maple tree. Relations with other gods are inaccurate. She was supposed to be married to Horus, but their relationship is unclear. Her name translates as the House of the Mountain - meaning a close relationship to Horus with the ability to rejuvenate him and bring him back to life if necessary. She is described as the wife, daughter and mother of the sun-god Ra.

Hathor as the goddess of joy

Hathor enjoyed great popularity with ordinary people as well as royal strata like patron goddess of joy, celebration and love. She played a mysterious instrument called Sistrumthat helped drive the evil out of the country. It is a percussion musical instrument, the shape of the fork of the sister was supposed to resemble the horns of this cow goddess. 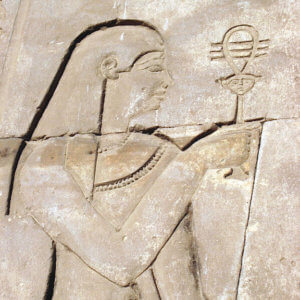 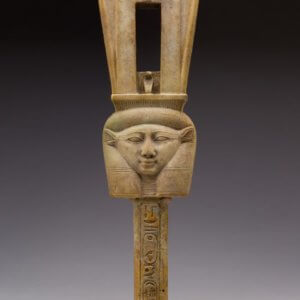 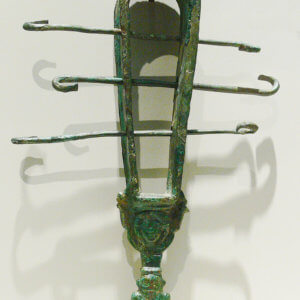 Hathor is mentioned as The one with two faces, which we can explain by being a transformation of another Egyptian goddess, Sachmet. Sachmet was originally a violent goddess of war with the lion's head who had a fondness for killing the people of Egypt. But then the gods displeased her behavior, drunk her with red-colored beer to look like blood, and then turned her into a goddess of love, Hathor.

Thus Hathor was the primordial goddess of the mother, the ruler of the sky, the sun, the moon, agriculture, fertility, east, west, moisture and birth. She was also associated with joy, music, love, motherhood, dance, drunkenness and, above all, gratitude.

Thank the gods for this red beer! Where would mankind be without him today? Instead of eliminating humanity, Hathor gave joy, music, art, and celebration to the survivors. Not only the living, but also those who died, were grateful. It was believed that Hathor also greeted the souls of the dead and helped them on their last journey, where they also offered them snacks from the tree.

Hathor is part of the celebration

Hathor was an integral part of the New Year celebrations, when the priests carried her statue, put the crown on her head and performed secret rituals, singing and playing. Today, the New Year celebration can be seen on the walls of 2 000 years old Hathor Temple in Dendera. The early Christians tried to damage her face on the statues in an attempt to erase her from history, but this attempt failed. 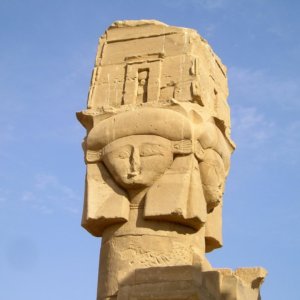 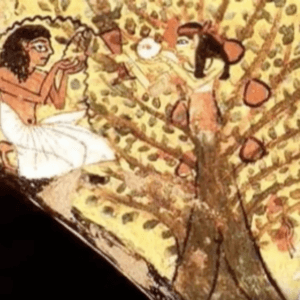 As you can see, the story Hathoru is the foundation of the faith of ancient Egypt. The goddess, representing the Milky Way itself, almost destroyed the human race, but then became a beloved patron of joy, prosperity and celebration.

The secret of Egyptology

Who was Usir indeed? A king of the early ages, one of the ancient gods, the most powerful deity of all time, or an astronaut who visited our planet thousands of years ago? What other mysteries are associated with Usir's head? The authors raise exciting questions: It is indeed possible that during the reign of the eminent Egyptian Pharaoh Ramesses II. did the Egyptians establish contacts with America? Did they import drugs from there? How did gold ancient Egyptian monuments reach Bavaria? What did the myth of the curse of the Pharaohs give rise to? What is the secret behind finding a golden scarab with a royal cartouche in Israel? 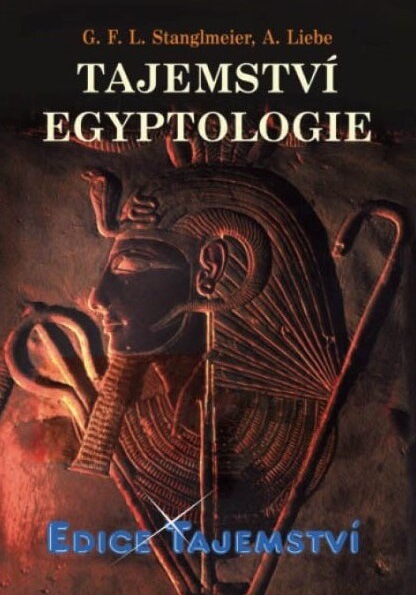 Videos featuring the temple of the goddess Hathor

The Egyptian inscription provides a detailed map of the underworld