Voices from the other world

Fans of mysteries tickle their nerves when they remember how to watch the film White noise they were afraid to pick up the phone or saw the noise on the TV screen, and suddenly voices of the grave burst into their ears. The plot of this thriller is an absolute mystic, but there are enthusiasts who claim quite seriously that they have made contact with the dead.

Voices that belonged to the dead

There are thousands of voices in their archives that belonged to the dead. Special techniques helped them capture messages from fine world. Artem Micheyev tried to record electronic voices from another world ten years ago. I have read the literature where many scientists prove that the human soul does not cease to exist after the death of the physical body.

Associate Professor of the University of Electrical Engineering of St. Petersburg, Candidate of Physical and Mathematical Sciences Artem Micheyev, Chairman of the Russian Association of Information and Communication Technologies (RAIT) testifies:

"The voices I recorded on a tape recorder via radio and specially designed equipment can be identified with people who lived on Earth in a physical body and now remain in other dimensions," says Artem Valerievich.

"I can give you examples of how to communicate with the subtle world in everyday situations. A friend of my colleague, let's call him Anatoly, was dying a relative. Anatoly asked me to consult with my partners on the 'other side' to see if he was alive. I asked this question and got a clear answer: No, it's not with us. It turns out that this woman is in the hospital, but Anatoly did not tell anyone. "

The pilot and his story

Another example: "In 2009, we were asked to help investigate a plane crash on the Moscow-Perm route, dated September 14, 2008. Experts claimed that crew chief Rodion Medvedev was drunk. I established a relationship with the dead. After the call, a voice called Rodion said that the pilot was not drunk. He literally said, "Rodion hasn't been drunk in a minute, you hear! He was not drunk, but he missed the landing corridor and wanted to land. "

- How to distinguish voices from another world from radio noise?

Voices "from there" directly refer to the speaker on the other side, often marking him directly by his name and answering questions that no one else can hear. Speakers from the "other world" often use slang, which is not characteristic of ordinary speech, changing the order of words. The spectral characteristics of their voices are different from our usual sounds.

- When are the dead available?

The other world is divided into levels, depending on the development of the consciousness of persons, not everyone may be available for such communication. Especially good are messages received from people who have been close to you during their lifetime. Questions during a session can be said aloud, but you just need to turn to the other side just thought or emotionally.

- Who initiates such communication? In the film "White Noise", deceased loved ones tried to warn of danger.

Abroad, the phenomenon of voices from the other world is already well studied. I witnessed it. My friend's friend was terminally ill. The girls agreed that if the worst happened, the deceased would know in any way whether there was life after death. She died in the fall. At the beginning of next year, SMS started coming from her mobile number. The first was without a message, then one word kept appearing on the screen again and again: "Yes!".

My friend called the deceased's daughter, who told him that no one had even touched his mother's phone.

(Translator's note - Was the battery charged or was it an extrasensory transmission?)

Here is an example where we made contact ourselves

On February 12, 2012, information came about the death of singer Whitney Houston. I asked one of the graveyard groups we had contact with the cause of her death. "It was this," said a male voice, "that the lady felt abandoned and took drugs!" Six months later, this reason was confirmed to be the leading cause of death.

- What do you call these extraterrestrial entities - ghosts?

The most accurate definition is "bodyless people", communicators, inhabitants of the subtle world. A person who goes to another world still has his memory, consciousness and identity. The existence of a soul without a body in the invisible spectrum was discovered by science in the early 20th century.

- Is it possible to see contactors from another world?

Videos from another world were recorded on television by many Western researchers, such as Klaus Schreiber (Germany), Maggie and Jules Harsch-Fischbach (Luxembourg). The spectrometric method of communication designed by my colleagues allows us to see the "subtle world" and its representatives on a computer monitor.

- Is dealing with this world dangerous?

Our world is inhabited by people with different intellectual, moral and ethical levels of development. It is unlikely that another world is very different in this sense. The main thing is our caution, choosing who to talk to and whom to trust. Under certain conditions, this practice can only be dangerous for mentally unstable individuals. Especially those who have a broken heart. During the reception of "transcommunication", it is necessary to overcome internal barriers and not give way to feelings.

By the way, the negative story described in the film, "White Noise", has little to do with reality. In practice, tragic stories are almost unknown. This communication is a positive science that allows one to know the spiritual and immortal world around us.

- But honestly, is it so hard to put a phone to your ear or turn on a computer?

Against fear is the best knowledge. Before you come into contact, it is necessary to study the scientific literature, and not to deal with the findings from Hollywood thrillers.

- Artem, tell me, how are they? How do they live there now, what do they eat, what do they do? Do they love each other? Will they die?

I asked him basic questions. I wondered if this subtle world is a world of consciousness and thoughts, not matter.

The reality we create will be

Micheyev explained: The reality one creates is one. Honestly, I'm not really interested in the essence of this matter, but I had the opportunity to talk to Professor Vsevolod Zaporozhec, a professor at the Institute of Geophysical Methods of Oil and Gas Exploration, a legendary figure in the scientific community who contacted his late wife and in her words he got a description of life "out there."

The inhabitants of the "subtle world" are aware of their body and are able to enjoy it as in life. Love and feelings persist or regain them, but they lack sexuality, although friendly feelings remain. Children are no longer born here and food is not necessary to sustain life, but for their pleasure some eat fruit, which grows abundantly here. Ghosts don't need to sleep.

Further details of existence in this world were given in 1986 by Maggie Harsch-Fischbach and her husband Jules in Luxembourg. During the contact, they recorded on the tape recorder the voice of a woman - an underworld scientist named Sven Salter - who said:

"We have no diseases here, our lost limbs will regenerate. All the organs destroyed in the material world are restored. We live in nicely furnished apartments. Our food is produced synthetically. The meat we eat is only artificially created, no animal will die because of it. The average age of the people who continue to live here is seemingly from 25 to 30 years.

Whoever died on Earth at an advanced age will wake up here with full consciousness, as if after a restful sleep. Children who die are waiting for their relatives, growing here and developing until they reach the age of 25-30 years. The ambient temperature is very pleasant, there is a beautiful landscape like on Earth - forests, mountains and the sea.

Animals after death live here as well. The personality and character of the people who come here do not change. However, mental problems and conflicts are not eliminated here either. Many of those who have ruled the earth by force and power will not find their way here. Some of them are not suitable for our world, so we must send them back to Earth. Others are involved in manual labor, working in the mountains and on farms. ”

Among other important details I found in the book by the writer and president of the Society for Occult Research in Glasgow, Arthur Fayndli (1883 - 1964) - "On the Threshold of the Invisible World", where he states: mind to mind directly. There is no distortion of information. There is a phenomenon similar to what we call death. Over time, and with our development, we move to another plane from which it is not so easy to return to Earth. We call this a "transition". Those who have passed through it can return and visit our world. This is what the Bible calls "the second death."

The first "paranormal" voices were recorded in 1938 on a phonograph and since 1950 on a tape recorder. Later communications with the dead were made by radio, telephone, television, answering machines, fax machines, and computers. These contacts are called instrument transcommunication (CTI). The Russian Association for Such Communication (RAIT) was founded in 2004.

So where does the soul go?

Researchers involved in quantum physics research have explained why people who have experienced clinical death have seen a dark tunnel with light at the end. He believes that these images are created when the soul leaves the nervous system and becomes part of the universe. Doctors explain premortal visions as the brain's response to a lack of oxygen.

According to a new theory, the human soul is contained in special particles - microtubules, which are found in brain cells. The characteristic pattern that sees the dying is explained as the effect of quantum gravity in microtubules. The information contained in them is not destroyed, but slowly leaves the body and returns to space.

What you will need to communicate with the intangible world

After meeting Vanga, neurologist and neurosurgeon Natalie Bechterew noted: "The case of Vanga absolutely convinced me that there is a phenomenon of contact with the dead." In her work "Magic of the Brain and Labyrinths of Life", NP Bechterew remarked: "So, if a soulless body lives, it is only a so-called biological existence. It's only a partial life. But the soul without the body lives. It is life or something that can only be related to the concept of the soul. "

Are you starting with magic? Then we recommend this book! It is ideal for beginners who are familiar with magic.

Magic can change your life. It will improve your health, provide you with greater abundance or, for example, a more meaningful career. It will improve your relationships or bring you new ones in your life - and with it you will gain self-confidence, courage, peace, faith, compassion and understanding. True magic is the first step to a truly magical life. 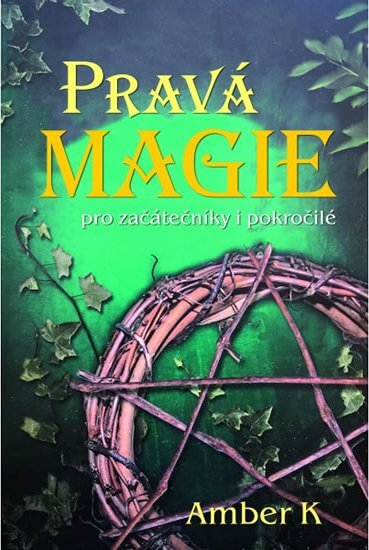 Lilith: An ancient demon, a dark deity or a goddess of sensuality?

Significant personalities and their reliance on the help of clairvoyants

22 key symbols of alchemy and their meaning