All over the world we can see ancient buildings such as the pyramids in Egypt, Borobudur in Indonesia or the pyramid of the sun in the valley of Mexico, and we ask ourselves how? How could man build such huge structures in such an ancient past? And all this without the modern technology we have available today.

In addition, when we look at Stonehenge or similar prehistoric monuments, we immediately wonder: What led humanity to create something like that then? Put a person in front of a thing for which he has no specific explanation, and the same old story that attributes credit to some more advanced, often extraterrestrial civilizations, immediately comes to mind.

Over the last few generations, humanity has achieved far more than ever before. But we seem determined to discredit everything that someone before us has achieved, if we cannot imitate it ourselves. However, the truth is that ancient civilizations were actually at a more advanced level than we usually attribute to them.

For example, the ancient Hindu Indians were masters of mathematics and architecture, and their trigonometry and algebra were invented and developed independently of the Western world. 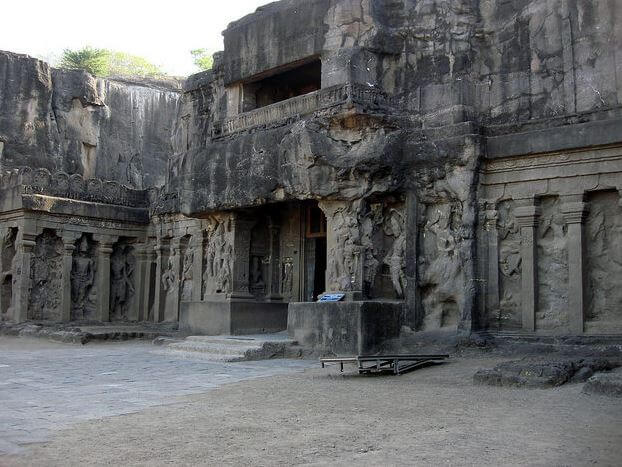 Approximately 30 million Sanskrit texts are still awaiting expert translations. It is a mixture of writings of different civilizations, in which, if we can interpret only a small fraction of them, we can find answers to the questions that burn us. For example, how one particular temple could have been created. This was carved from the mountain, stone by stone, ton after tonne, until a total of 200 tons of stone was mined in no more than two decades. Thus was built the ancient temple of Kailasa in Maharashtra, India. 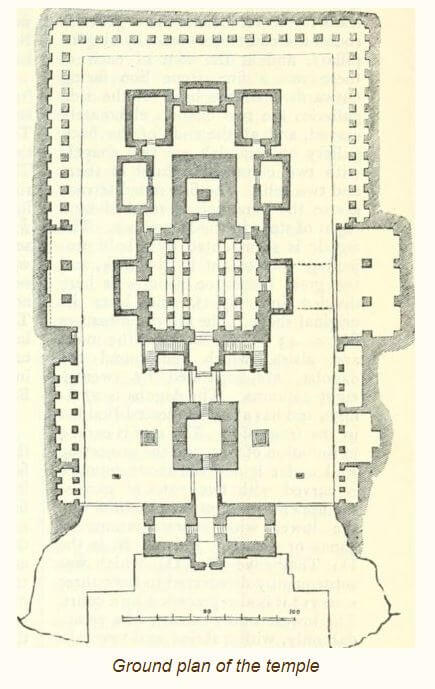 Floor plan of the temple

Why were they built?

As for the question of "why", it is believed that it was built as a tribute to the god Shiva to symbolize his home on Mount Kailash in the Himalayas. According to legend, it was due to an insidious disease that the local king fell ill with. The queen promised to build a temple to Shiva if she would hear her prayers and save her sick wife. Time passed quickly, and in order to fulfill her promise in time, the work had to be completed in one week.

Most people thought it was impossible. According to the legend of the Marathi people, the architect Kokasa came up with the perfect solution and built the temple within a week, as promised. He carved the mountain down from its top. Thanks to him and his ingenuity, the king was saved, says legend. 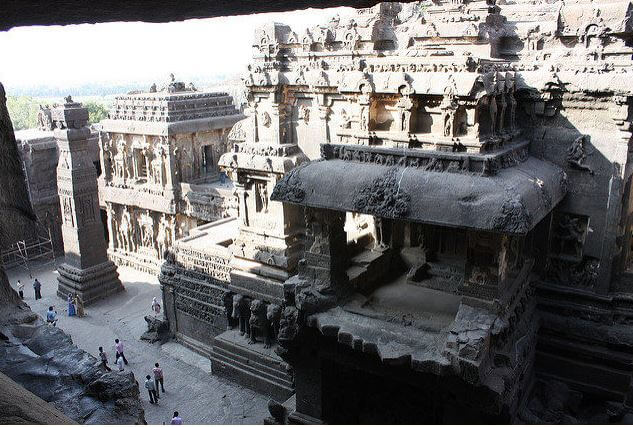 The temple architecture shows traces of the Pallava and Chalukya styles

While this may not be entirely true, many historians and archaeologists believe that the temple was built sometime between 757 and 783 AD However, the fact still remains that it was actually carved from a single rock by gradually digging the mountain from top to bottom. Over a period of two decades, Hindi people from Rashtrakuta excavated a total of 200 tons of volcanic rock in the Charanandri Hills of Ellora using a process called a cut-out monolith instead of the much more common and cut-in monolith method. According to other sources, it was up to 000 tons. 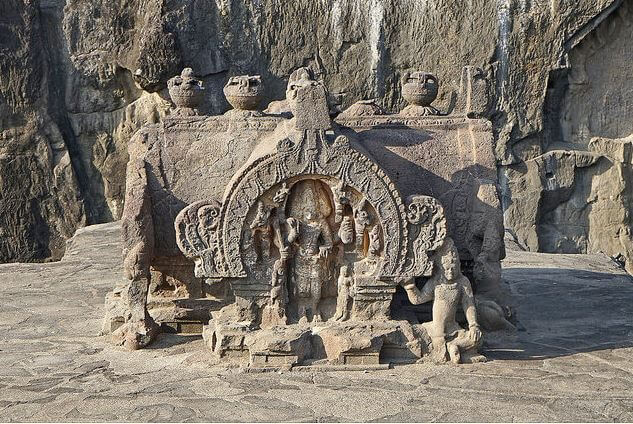 Kailasa is one of the 34 cave temples, collectively referred to as the Ellora Caves.

This means that if people worked 12 hours a day, seven days a week, say for 20 years, they would have to dig at least 20 tons per year, 000 tons per month, 1 tons per day or 666-55 tons of stone per year. every hour. And we take into account only the rocks and dust that had to be removed from the place, without the final carving of the temple, as well as the manpower and time that had to be needed to create a place worthy of God. 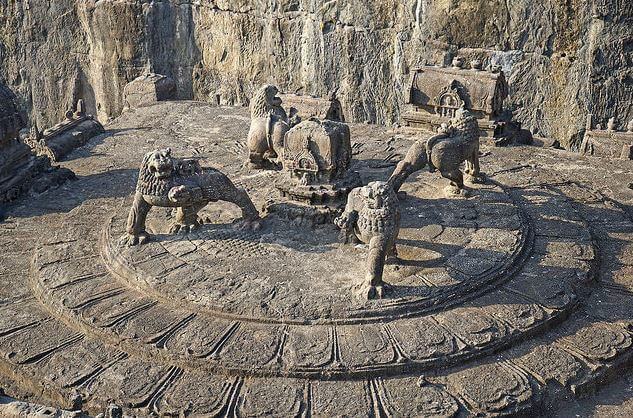 The construction of the Kailasa temple is probably mentioned in a medieval Marathi legend.

Kailasa Temple is truly unique and stands out among the other 33 religious cave temples carved in the rock in the Ellora cave complex. In addition to the dedication and the enormous collective effort required to build it, it is also a truly complex design and aesthetic that it can be proud of. 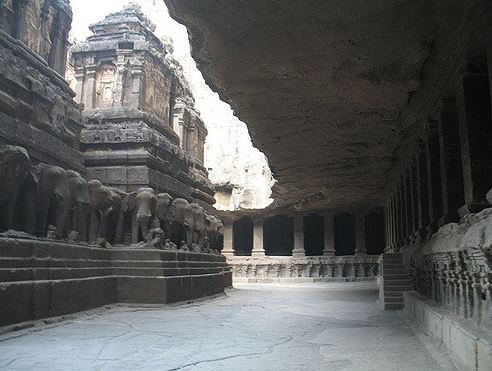 The base of the temple was carved so that the whole building seemed to be supported by elephants.

While above are carved statues of elephants next to it with a beautiful Shikhara, the interior is filled with countless statues, reliefs and ingenious engravings in almost every corner. One hundred feet tall pillar and elephants in the arcades at the very foundations of the temple, giving the impression that they carry the whole of Mount Kailash on their backs, make this place truly breathtaking. 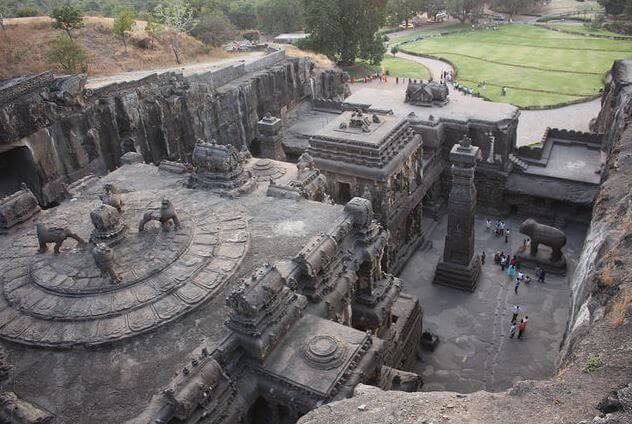 There are five other separate shrines in the temple.

The Ellora Cave Complex consists of 34 Hindu, Buddhist and Jain temples, which were built by different civilizations at different times. Interestingly, they are all numbered, although not chronologically. Many archaeologists have agreed that Kailasa is the oldest built in the entire complex, some even suggest that it could be much older than is now officially stated.

Tips from the eshop Suenee Universe

How old is the Sphinx and who built it? And what do we find under it? Were the pyramids used to teleport people? The author deals with all these questions and the answers will surely surprise you. 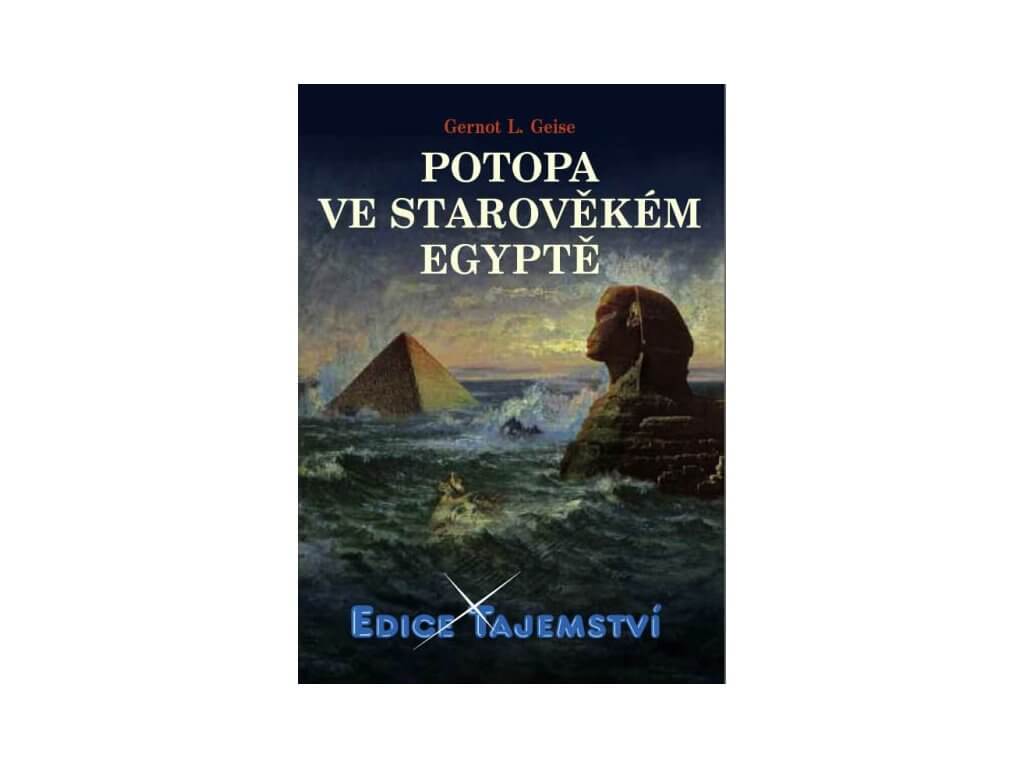 The book PYRAMIDS - The Legacy of the Gods: Order Today. Proofreading in progress