If an extraterrestrial civilization, even more advanced than mankind itself, was discovered, what impact would it have on society? It would probably be disrupted, some values ​​would disintegrate, and it would shake the Christian faith itself. They are only theoretical speculations, but we must assume that the discovery of a non-Earth civilization would be a shock to humanity. We are talking here about findings that the human mind might not have at all. We are not ready to reveal the reality and know the truth, maybe we will never be ready for it. 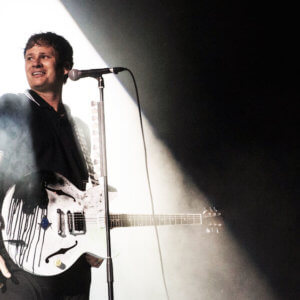 Thomas Matthew DeLonge is a well-known American singer and guitarist from the rock bands Blink-182, Box Car Racer and Angels & Airwaves. Now, he only deals with the latter project, for which he left Blink-182 and Box Car Racer. DeLonge is not only known for his involvement in the punk-rock scene, but is also known for obsession with conspiracy theories, government conspiracy and extraterrestrials.

DeLonge founded his new project - Project Unity. Under his name he devotes himself to many projects. For example, with the book Secrets Machines won the award "UFO Researcher of the Year 2017". The literary work was based on a fictitious sci-fi story based on real information.

The fight against confidentiality continues 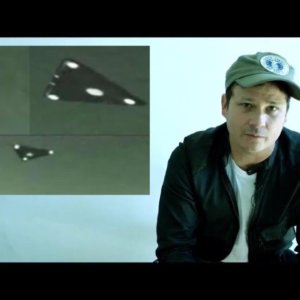 The project also includes mini-documents and videos showing evidence of contact with extraterrestrial technologies. DeLonge continues its activities and attracts other activities of the Secret Machines project with a new trailer. He focused on combating misinformation and combating the confidentiality of information that he believes the public should know, because he has the right to do so. He decided to change the perception of the controversial area, which has been misinformed for over 70 years.

As part of the project, DeLonge has teamed up with a senior officer from the Ministry of Defense, who is in charge of the Watertown and Area 51 project. But there is also concern that these figures should not come to the surface, because they are so terrible and unimaginable that the public might not be able to bear them.

The reason why this information and documents are so well kept secret? He who controls the sky also controls the earth. Everything is buried under a veil of bureaucracy. DeLogne believes it is important to finally break the information silence.