Far from all scientists are willing to accept its existence, yet there are many different and detailed ones hypotheses drawn on how Lemurians livedhow they perished and whether none of them survived.

Interest in legendary civilization culminated in XIX. century, when scientists noticed similarities in the flora and fauna of Southeast Asia and South-East Africa (including Madagascar). By the way, hypothetical civilization owes its name to lemurs, representatives of the semiopic order.

Approximately at the same time, eyewitnesses began to tell in the state of California, around Shasta Mountain, about special beings living on a mountain and appearing in cities to feed themselves.

The most convincing lemur hypothesis is the record Edgar Cayce (1877 - 1945), an American clairvoyant. In his writings, the civilization of Lemuria is described at a time when it has already entered its period of extinction but has reached a high level of spirituality (unlike the Atlantes, which, according to Cayce, "held" their bad karma on Earth). That is why Lemurians are very rare among today's people because they do not need to rectify their karma and have no reason to remain on earth.

Territorial description of the land of Mu Edgar Cayce was in many cases confirmed by archaeological and geological surveys. Cayce believed that the South American coast of the Pacific Ocean was part of the West Lemuria at the time of the discovery of homo sapiens (our species).

Already in 90. years of the last century, 60 years after Cayce wrote his hypothesis, an underwater mountain ridge of the tectonic plate was discovered Nazca, which was once a land and connected the coasts of today's Peru with a peninsula, also sunken, which coincided with Cayce's records.

Russian scientist and contacter, Vasily Rasputin, was guided by the information that came from the universe in describing Lemuria. In his texts he uses fairly accurate numbers, but they are not yet confirmed. From his description we can derive some territorial and chronological details; Lemuria existed in the 320 - 170 century BC and stretched from the Aegean Sea to the Antarctic. 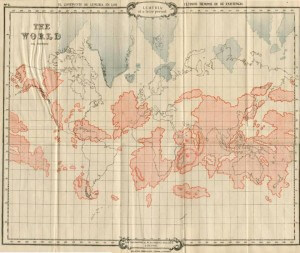 If the Lemurians wanted, they could materialize or disappear by moving to other dimensions. During evolution, this race has acquired the missing physical and etheric bodies. That would explain the mysterious disappearance and discovery of the Lemurians around Shasta Mountain. The territory that predominantly inhabited, claims Rasputin, was south of today's Madagascar. In 170. century BC was the most inhabited part of Lemuria buried by natural cataclysm under ocean waters and nearly the entire population perished.

Rasputin coincides with Cayce in the sense that Lemurians were spiritually higher in race. According to Rasputin, they were long-lived, they did not have tangible goods, fed with cosmic energy, and multiplied by autoreproduction (they were not yet divided into different sexes). When they acquired physical bodies, they degraded and became "ordinary" people.

Another hypothesis is based on the assumptions of the Theological Society of Helena Blavatska (1831 - 1891), which dealt with religious philosophy and occultism. In this case, the hypotheses of the disappeared civilization were based on occult experiments.

According to The theosophical societies on our planet existed and will exist - throughout its habitation - seven basic races (each of them having seven podras): the highest invisible beings; Hyperboreans; Lemurians; Atlantians; people; a race derived from humans and will live in the future in Lemuria, and the last earthly race that will leave and settle in the land of Mercury.

The Lemurians are described here as very tall (4 - 5 meters), similar to monkeys, lacking brain, but with mental abilities and telepathic communication. They should have three eyes, two in front and one at the back. Lemuria, according to the theosophists, was located in the southern hemisphere and occupied the southern part of Africa, the Indian Ocean, Australia, part of South America and other territories.

In the last period of their existence, the Lemurians have evolved, created civilization and were more like men. At that time, the flood of their continent had begun. Lemurians in the remaining territories laid the foundations of Atlantis; they also became precursors of the Papuan, Hotentot and other ethnic groups of the Southern Hemisphere.

An interesting hypothesis about Lemuria was offered by Russian painter, philosopher, archaeologist and writer Nikolai Rerich (1874 - 1947). In many ways his assumptions coincide with the Theosophical Society. Lemuria was the home of the third basic race, which developed from the second race, and it originated from the race first.

By the middle of the third race, humans and animals were sober and had no physical body (they were energetic beings). They did not die, they melted away, and then they reborn into a new body that became more and more dense with every other birth. The bodies gradually thickened until they became physical. All creatures evolved and split into two sexes. 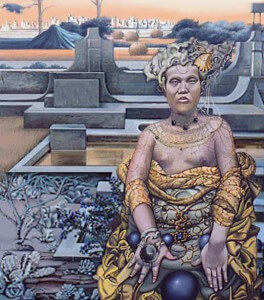 The third race of the race lay along the equator, occupying most of the Pacific and the Indian Ocean. It also included today's Himalayas, South India, Ceylon, Sumatra, Madagascar, Tasmania, Australia, Siberia, China, Kamchatka, the Bering Strait and the Easter Island, the east ending with the central Andes. The Nazca Mountains (now under the sea) apparently linked Andy with the later flooded part of Lemuria.

In the south, this continent stretched almost to Antarctica, westward bypassing South Africa and turning northwards, including Sweden and Norway, and Greenland and extending to the middle of the Atlantic Ocean. The first representatives of the third race in Lemuria were about 18 meters high, but over time they shrunk and reached an increase of 6 meters.

These the assumptions of Rerich are indirectly confirmed by statues on Easter Island, which were also part of Lemuria under this hypothesis. Maybe the Lemurians had erected the statues as high as they (6 - 9 meters) and the facial features that were characteristic of them.

The height and physical strength of the Lemurians would explain the possibility of their coexistence with the then large animals. With the development of their civilization, the Lemurians began to build stone towns, the remains of which are in the form of Cyclops ruins on Easter Island and Madagascar.

The fall of Lemuria planted Rerich to the end of the second half, the mainland was flooded with 700 a thousand years before the beginning of the Tertiary. Western researchers also agree with this time. And as Blavatsky, Rerich thinks that the Lemurs do not disappear without trace, and their offspring are a negroid race; Australians, Bushmen and natives of a number of Pacific islands.

These various, above-mentioned, Lemurian information is based on research work William Scott-Elliot, which detailed the life and development of the Lemurians as well as the development and extinction of their civilization. He also provided geological and biological evidence confirming Lemurian hypotheses.

The land was formerly the sea

Evidence is also the scientific fact that the present land was formerly under the sea, and instead of today's ocean it was southerly. This fact, along with other geological data on the Earth, testifies to the existence of the vast southern continent in ancient times.

Fossil and current flora and fauna surveys help to identify land territory that corresponds to the ancient continent, and whose remains are now found on various islands and continents. At different times the southern continent belonged once to Australia, sometimes to the Malaysian peninsula. It is assumed that India, South Africa and Australia were part of a single entity during the Permian period. And just the southern continent is considered in the surveys as the cradle of humanity. 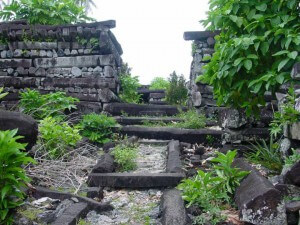 Currently some anthropologists admit that the descendants of the Lemurian civilization could live in little explored wooded areas, even beyond the "borders" of the extinct continent. It is possible that the new race of the remaining Lemurians was pushed into the more inhospitable regions. However, these suppositions have been documented only by legends of various nations of the world.