The Roswell Incident is the UFO World Day

Category: On the ground

“This week we commemorate the anniversary of the most famous accident, respectively. shooting down alien vessels in the modern history of mankind. The case is known as Incident in Roswell. The circumstances in which all this happened are written in great detail in the book The day after Roswell, which Philip J. Corso wrote as an autobiography, as the last of the witnesses to the events that followed this important event in the secret services and military structures ... and what caused the turmoil of confusion!

As Corso writes below, the exact date of the event is unknown, so the date July 02.07.1947, 1947 is a mere speculation. The only thing is certain that the incident took place over several days and its peak (downing) had a date in the first week of July XNUMX. ”

My name is Philip J. Corso and in 60. For years, for two incredible years, I was an Army Colonel at the Foreign Technology Department and Army Research and Development at the Pentagon. I lived a double life. My job was to research and validate weapon systems for the military, investigate things like the helicopter armament developed by the French army, deal with the pitfalls of deploying missile missiles, or research new technologies to prepare and preserve food for field soldiers.

I read technological news, met with military engineers, and checked their progress. I passed their results to my supervisor, Lieutenant General Arthur Trudeau, who was Head of Army R&D and a manager for more than three thousand people working on different projects at different stages of development.

However, part of my responsibility in R&D was also collecting information and working as an advisor to General Trudeau, who himself led the military intelligence before heading to R&D. It was the job for which I was trained and carried out during World War II and in the Korean War. Among other things, in the Pentagon, I worked with top secret material under the auspices of General Trudeau. I was also in the team of General MacArthur in Korea and I saw how in 1961 captured American soldiers still survive in miserable conditions in prison camps in the Soviet Union and Korea, while the American public watched Doctor Kildar or Gunsmoke (US series). These soldiers went through psychological torture and some of them never returned home.

But under all that I did for the Pentagon, and in the very center of my dual life, which none of my loved ones knew, was a closet that I had access to because of my intelligence past. The file contained the darkest and most guarded secrets of the army - documents about the Roswell crash, debris from the wreck, and information from 509. an air unit that wrecked a flying disk wreck that crashed near Roswell, New Mexico in the morning during the first week of July 1947.

The Roswell ensemble was the legacy of what happened in the following hours and days after the crash, when an attempt was made to conceal and distract from the crash. At that time, the army tried to find out what it was that crashed, where it came from, and what the vessel's crew had. A secret group was formed under the leadership of Admiral Roscoe Hillenko's head of intelligence, Hillenkoetter, to investigate the origin of flying disks and collect information from people who encountered this phenomenon. The group also had the task of publicly and officially refuting the existence of flying saucers. Operation information persisted in various forms through 50 years and still surrounded by mystery.

In 1947, I wasn't at Roswell, and I didn't even hear the details of the accident at that time because it was fiercely concealed inside the army. It is easy to realize why this is when we consider the radio program War of the Worlds, which was broadcast by Mercury Theater in 1938, when the country began to panic based on fictional broadcasts, that Earth was invaded by Mars invaders who landed at Grovers Mill and they began to attack the local population. The fictitious testimony of the violence and the inability of our army to stop the monsters was very colorful.

"They killed everyone who got in their way," Orson Welles told the narrator in the microphone. "The monsters drag on New York in their war facilities." The level of panic that this prank on Halloween night was so high that the police were overwhelmed by people's calls. It was like the whole nation going crazy and the government falling apart.

However, the landing of the flying saucer in Roswell in 1947 was no fiction. It was a fact and the army was unable to prevent it. Of course, the authorities did not want to repeat the War of the Worlds. It is good to see how the army desperately tried to cover the story. And I do not take into account that the army was afraid that the vessel could be an experimental weapon from the Soviet Union because it resembled some German aircraft that appeared at the end of World War II. In particular, it resembled a crescent-like Horton's flying wing. What if the Soviets developed their own version
this machine?

The stories of the Roswell crash differ from one another in some details. Since I wasn't there at the time, I'm only dependent on information from other army workers. Over the years, I've heard a version of the Roswell story in which campers, an archaeological team, and a MacBrazel farmer have found debris. I read military reports of various accidents in different locations near Roswell's military facilities like San Agustin and Corona, and even near the city itself. All these messages were secret. When I left the army, I didn't make a copy of them.

Sometimes crash data was different from message to message, either 2. and 3. July, or 4. July. I heard people in the army arguing about the exact date. But they all claimed that something had crashed in the desert near Roswell, close enough to important military installations in Alamogord and White Sands that the army had reacted promptly and immediately as soon as it learned of the event.

It was in 1961 when I got access to top-secret information about the Roswell incident, thanks to my new work at the Foreign Technology R&D Department. My boss, General Trudeau, then asked me to use the ongoing projects to develop and research new weapons as
a filter to release Roswell technology into industry through a defense program.

Today, devices such as lasers, printed circuit boards, fiber optic cables, particle beam accelerators, and even kevlar in body armor are commonplace. However, at the birth of their invention were the wreckage of an extraterrestrial vessel in Roswell that came to my desk for 14 years later.

But that was just the beginning.

In the first very confused hours after the discovery of the wreckage of the Roswell vessel, the army, due to a lack of information, found it to be an alien ship. Even worse was the fact that these and other vessels examined our defenses, and even seemed to have hostile intentions and could intervene militarily. 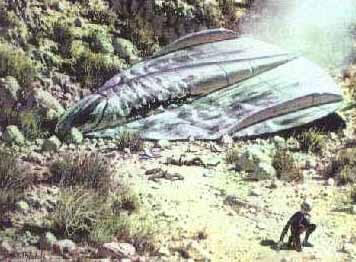 We did not know what those creatures in the flying saucers wanted, but we concluded from their behavior that they were hostile. Especially because of reports of their interaction with people and reports of cattle mutilation. It meant that we would face a highly technologically superior force with weapons that could destroy us. At the same time, however, we were bound by the Cold War with the Soviets and the Chinese, and we were attacking our own intelligence by the KGB.

The army was forced to fight on two fronts. In the war against the Communists, who were trying to undermine our institutions and who threatened our allies, and even though it seemed incredible, so were the aliens who seemed to be a much greater threat than the communist forces. We decided to use alien technology
against them by providing it to our contracted military contractors and then adapting it to use in the space defense system. It took us until 1980, but at the end we were able to deploy our Star Wars defense initiative. Star Wars were able to shoot down an enemy satellite, destroy an electronic warhead guidance system, and defeat an enemy vessel if necessary. They were extraterrestrial technologies we used to do this: laser, accelerated particle stream weapons, and stealth-equipped vessels. In the end, we not only defeated the Soviets and ended the Cold War, but also forced the aliens to stop visiting us.

What happened at Roswell, as we used extraterrestrial technology against them, and how we actually won the Cold War, that's an incredible story. I was just doing my job, going to the Pentagon as long as we didn't transfer all the alien technology to current research. The development of these technologies has begun
taking his own direction and going back to the army. The results of my and Trudeau's military research and development work grew out of a disordered unit in the shadow of the Advanced Research Projects Agency when I took over the department, into a military department that helped develop a controlled missile, missile defense, and satellite facility. a weapon that sent a stream of accelerated particles. Until recently, I didn't realize to what extent we were able to change history.

I have always considered myself to be an insignificant man from a small American town in western Pennsylvania, until after 35 years of leaving the army, I decided to write my memories of working in military research and development and acquiring technology from Roswell crash. Back then I had a completely different book in my head. When
however, I read the old notes and messages for General Trudeau, so I understood that what happened in the days after the Roswell crash was probably the most important story of the last 50 years. Believe it or not, this is the story of what happened in the days after Roswell, and how a small group of military intelligence officers changed the course of history around the world. 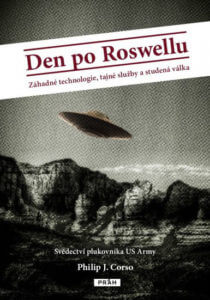 The day after Roswell

Michael Tellinger: Karma has caught up with the Anunnaki, are they helping us behind the curtain?

143 new figures on the Nazca plain