When the Romans entered Egypt, they saw a land of magnificent temples, breathtaking and monumental statues and symbols that they could not understand. As the Greeks explored the land along the Nile, they felt similar. The beauty and mysterious smile Isis robbed the hearts of many Egyptian visitors, and they then decided to take her worship beyond its borders and make her an important goddess in many regions of Europe and Asia.

Isis was one of the most important goddesses of ancient Egypt. She was the wife of Osiris and was the archetype of an exemplary wife and mother. This goddess was the patron of nature and magic and helped women and their families. Isis was one of the most accessible deities, and her cult was open to almost anyone who found a reason to follow.

The goddess spreads her wings

The temples of Isis were uncovered in many places in the Roman Empire, including Rome itself, Pompeii, Spain and the Greek Islands. Most of them come from 1. and 2. century AD, indicating that the goddess became popular outside her Egyptian homeland after the fall of the last Egyptian queen - Cleopatra VII. The descriptions of the palace in which the queen lived contain indications that she was herself associated with Isis and had been portrayed as a queen-goddess. However, it is uncertain whether it was Cleopatra who brought the Isis cult to Rome. However, the Roman Empire later became the main channel through which the glory of the goddess Isis spread throughout Europe. 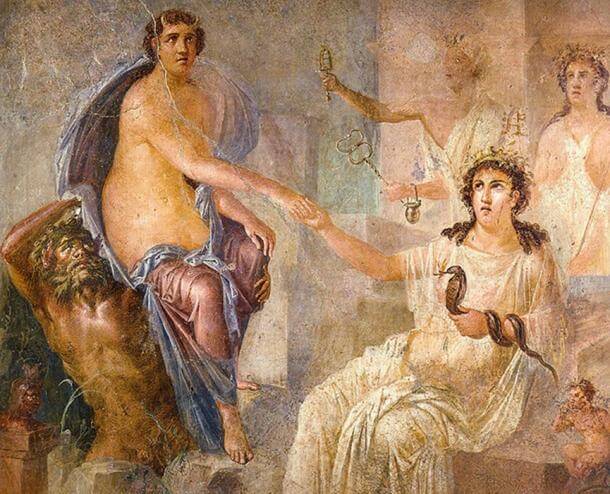 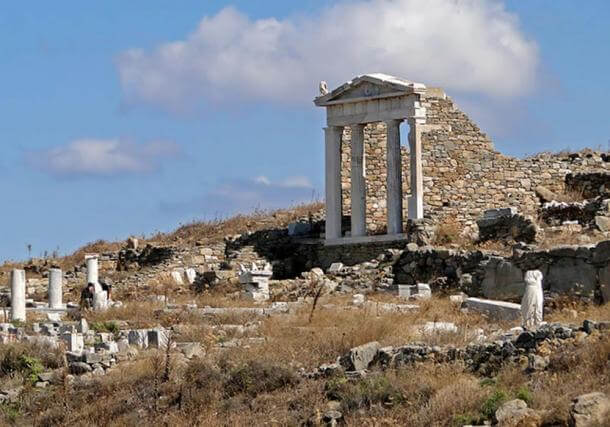 Isis also became popular in Greco-Roman temples. In addition to the temples in Alexandria, including the Romans dedicated to the divine trinity Isis, Serapis, and Harpokrat, the temples dedicated to the goddess Isis were also found in other parts of the Mediterranean, such as the Greek island of Delos. According to ancient mythology, Délos was the birthplace of the Greek goddess Artemis and also the god Apollo. Isis Temple was built as the third of the most important temples on the island.

Temple of Isis in Pompeii

The temple of Isis in Pompeii is famous mainly because it has been preserved in very good condition and there are even records of the cult of this goddess in distant London. One of the most surprising places for the Isis cult was the ancient Roman city called Iria Flavia, today's Padron located near Santiago de Compostela in Galicia, Spain. Researchers mostly believe that this area was primarily the domain of Roman and pre-Roman gods, especially Celtic.

“Except for some minor changes added by folk tradition, the story of Osiris's death and resurrection remained unchanged until the Roman period, but also after its end. The myth was rewritten by Plutarch (45 - 125 nl) in a work entitled "De Iside et Osiride."

Plutarch states that he wrote this work when he served as a priest in Delphi (around 100 AD). The introduction was dedicated to Clei, priestess Isis, with whom he knew very well. The role of Isis, which was strengthened by a long tradition, remained unchanged in Plutarch's narrative. However, the part in which the coffin with the body of Osiris is thrown into the sea by Seth and then floated up to Bybl is known only from Plutarch's work.

Plutarch's version of the myth of Osiris had a significant impact on the Western world, especially during the Renaissance. For example, Pinturicchi's decoration of Sala del Santi in Borgia's apartments of the Vatican Palace was completely influenced by Plutarch's work.

Is it Isis or Mary with a divine baby?

Researchers have also uncovered several artifacts in the territory of present-day Poland that have their origins in ancient Egyptian civilization. The most surprising objects were the statues of Isis. According to various sources they found during 19. However, these artefacts were unfortunately lost during the Second World War. However, descriptions and few photographs allow us to assume that there was a remarkable story behind these objects. It seems that it was not just souvenirs that came to Central Europe from distant countries. 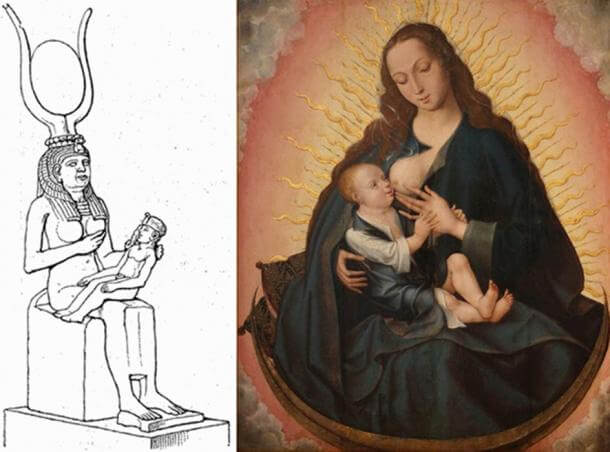 The horns and sun disk of one of the bronze statues of the goddess Isis discovered in western Poland were carefully cut off. Why did anyone cut off these typical features? This can be explained very easily. During the period of early Christianity in Central Europe, people noticed the similarities between the portrayal of Isis with Mount-Hapocrat and Mary with Jesus. In this period, the production of such a statuette was a relatively expensive matter, so those who sold such statuettes often modified the ancient ones. By cutting Isin's corners and the sun disc, they got a new item for sale. amazing statue of Mary with baby Jesus. This “new” statuette was probably used as a talisman for happiness and peace and blessing of the household. These practices could have been common in other parts of Europe. However, some pre-war researchers wondered if it was possible that the Isis cult as such had arrived in Poland.

The goddess's story is still held

The goddess Isis is one of the most mysterious and most worshiped deities of ancient Egypt. There are records that her cult also worked in Asia, for example, traces of this goddess were found in far India. Moreover, its name in Europe has remained virtually up to the present day - hidden under the name of Isidor (Isidoros in Greek and Isidora), which means "the gift of Isis." Isis has become a cultural icon and remains one of Egypt's symbols to this day. 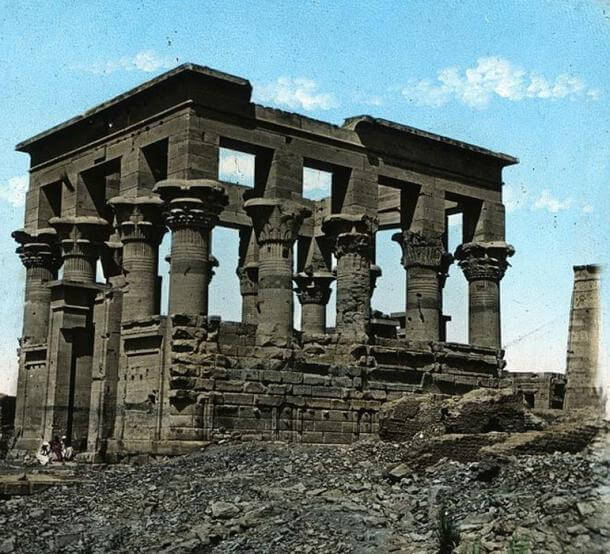 Shocking revelations from the Valley of the Kings. Tutankhamun's tomb it hid a great secret that is still denied. Scary religious textsfound in Pharaoh's tomb, however, could have a very devastating effect world religions, should their content be published. 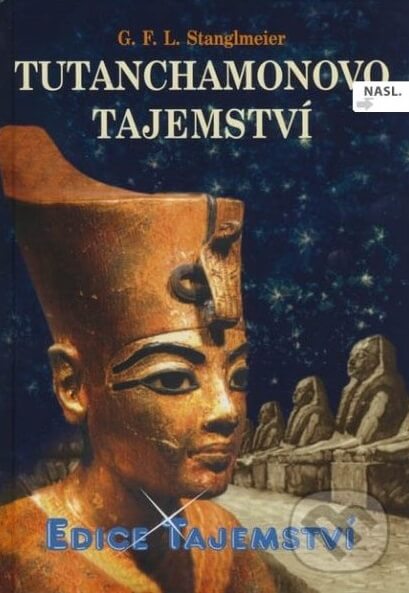 UFOs and the origins of ufology in China

We founded the Sueneé Universe, zs