How to catch intelligent aliens

Where are all the aliens? We should already be analyzed, exterminated, invaded or abducted.

Fermi Paradox does not have enough evidence that there is another intelligent signaling civilization. We are either on the extraterrestrial list of the summoned, or we are the most developed form of life in the universe, or that we are only one form of life.

Are we alone here?

Finding extraterrestrial life is one of the most important things we can do. But like all other life forms beyond Earth, waiting to be discovered, finding extraterrestrial intelligence (SETI) can be difficult. But the search continues and scientists are devising more and more extreme ways to tune our most advanced astronomical tools to find intelligence in the stars.

The main assumption we need to realize is that our supposed extraterrestrial neighbor developed in the same way we did. Because there is a lack of other examples in the cosmos, it is a pretty good start and a logical assumption. One phase of development that we assume is that the intelligent race of extraterrestrials has long since figured out how to work with radio waves. We've had a radio out loud for almost 120 years, if any eager extraterrestrials were within 120 light-years of Earth, they might have discovered us.

What if we could point our radio antennas to the stars and listen to an alien intentional attempt to send a radio signal? Since 1960, SETI programs have been searching for UFO signals, but only recently with the help of NASA's Kepler Space Telescope have been able to conduct a more specific exploration into space star systems known to contain outer planets that can support extraterrestrial civilization. Although this focused SETI has not yet found any signal, there are potentially millions of more life-capable worlds.

There were some false alarms while listening to SETI's signals. When we were looking for a specific, tapered radio signal (something that could only be transmitted in the form of technology) of terrestrial interference may show up in the SETI survey. Fortunately, astronomers are guys who know their work and usually know the difference between extraterrestrials and Aunt Sally's gossiping friend on their cell phone.

What is being said today is that mankind is on the verge of becoming an ASTEROIDA mining factory. Yet the reality is that most of today's technology is not capable of mining and processing in space. But that doesn't mean distant aliens are not at a higher level.

Forget for a while the outer habitable planets - how about focusing on finding stars that have a similar temperature, size and chemical composition to our Sun? The sun provides energy to our planet. All of the chemical compounds that formed our planet come from the protoplanetary disk surrounding our reborn 4,5 billion years old star. Why not look for other Sun-like stars like that?

In 2012, astronomers discovered the HP 56948 - the twin Sun 200 light-years away. Although no outer planets have yet been discovered in its orbit, we can argue whether to target planets such as Earth or Sun-like stars that could potentially be habitable for extraterrestrial civilizations.

From Kepler's vantage point, which observes the slight "drop" of light it receives from the star when it accompanies the accompanying world (or "transit"), the space telescope can analyze the "light curve" it records. Although the planets are circular, it may happen that the light curve reveals that an irregular shape has just passed through the star. Irregular planetary shapes do not exist in nature, so if Kepler found anything other than a circle, perhaps a massive pyramid, it could be evidence of extraterrestrial Shenanigans.

Interestingly, the term for finding extraterrestrials in this way is known as the search for extraterrestrial technology (or SETT) and differs from SETI because we are looking for indirect evidence of advanced technology in space.

Where did the star go??

Could the absence of stars in the galaxy reveal the presence of vast extraterrestrial technology? Why not!

How can they do that? By creating a science fiction favorite Dyson Sphere around the star. This shell would collect all the energy from the star, hiding it from any outside observer. In our view, if we have seen a lack of starlight in dark pockets in nearby galaxies, perhaps it is because of these types of civilizations forming huge balls around the stars. 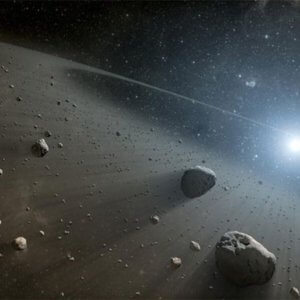 Alien footprints on the moon?

Although SETI's major searches focus on searching for suspicious radio signals in deep space, it should be remembered that the Moon is a pretty good resting place for all visiting aliens in the Earth-Moon system. Finding the equivalent of extraterrestrial footprints on the lunar surface is not that stupid considering that NASA's lunar exploratory orbiter, currently in orbit, can capture the footprints of Neil Armstrong's 1969 shoes.

Are black holes the engine for stellar alien ships?

If they are sufficiently advanced, some extraterrestrials can even make their own small black holes, measuring only the width of the atom and yet carry the weight of a million tons. By connecting this black hole to any hypothetical black hole drive, the engine could generate a huge amount of gamma radiation, which in turn would be converted to the energy that drives the spacecraft. According to scientists, it could be an inexhaustible source of energy. What's more, if we know the properties of the radiation emitted from these artificial black hole drives, we may be able to trace these whistling aliens. 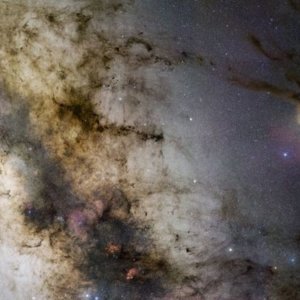 Did the alien flush us?

The problem with finding SETI is that we have to make a lot of assumptions. One premise is that extraterrestrials transmit in radio waves (what about laser transmissions?). Another is that aliens always broadcast. Unfortunately, this would not be the case (unless a very charitable civilization turned on a continuous light signal for billions of years).

As we learned from the first false positive SETI detections, the most likely transmission will be from a transient flash rather than a continuous signal. But how can we look for something so random that has a short life span?

Dolphins are intelligent - maybe just like humans. However, they are not known for their ham radio capabilities. What if intelligent aliens are more like dolphins? Are we destined to never reveal them unless we go to their home world and communicate face to face? This debate not only motivated SETI debates, but also forced us to reconsider what "intelligence" actually means on a galactic scale.

As the universe appears so quiet, some astronomers have prematurely declared that there is no other intelligent life between the stars. From a scientific point of view, it is as good a conclusion as any, although it is a bit nearsighted. But what if the universe is so quiet, because extraterrestrial civilizations don't want to make contact with us? What if they are happy to live their own lives and do not want to talk to us? What if they became so self-sufficient that very little energy, noticeable to us, escapes into space? 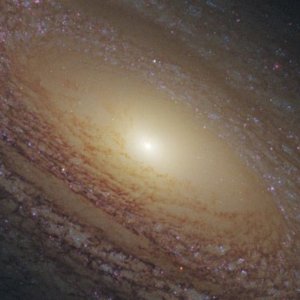 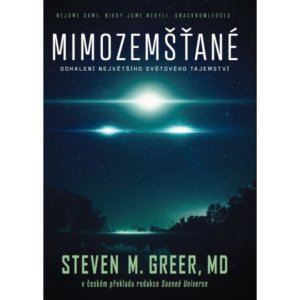 Can we survive without air?