How to handle your fear and anxiety

Does fear and anxiety prevent you from solving situations? Does he paralyze you? What is fear, and why do we experience it?

It is natural to avoid the emotions that scare us. Who would like to live delight for fear and other negative emotions. Perhaps only adrenaline lovers and those who like to overcome themselves. Which, of course, is also very important. Adrenaline and subsequent serotonin are a reward for us.

But if our tendency to avoid negative emotions grows over our heads, we can become hostages to our own fears. And as hostages, we look for any way to avoid these emotions, to hide and find safe hiding from possible triggers of such emotions. But what if a potential trigger can also be a source of joy, happiness and growth in life? Isn't it a pity to be scared of fear and get lost of beautiful experiences and your own inner growth?

The good news is that with this one can work. It is not good to put your fear somewhere in the lower compartment of our emotional chest of drawers and do not exist. It is much better to try to fully perceive and respect fear. And also try to analyze and understand it. So he will not control us, but we will control him.

Recent studies on anxiety and fear

Earlier this year, Science published a study conducted by scientists from the École Polytechnique Fédérale de Lausanne (EPFL). The study was conducted using mice and showed how repeated and gradual experiencing the same type of fear helps the brain relax and get rid of anxiety. Rodents were initially placed in a small box and were given a small shock. After some time, the scientists put the mice in the box again, but no shock. The initial response of the mice was stiffening and anticipation of shock, but this did not come. As the mice were put in and out of the box without shock, they calmed down and stopped experiencing the fear and anxiety of the expected shock.

Even in people, this type of treatment can help. For example, after experiencing trauma. For example, when treating fear of flying, it is advisable to start with gradual steps. For example, to read something about airplanes, go to the plane to look at the airport, go and enter the plane without taking off and then try a short flight.

The story of Doreen

Doreen suffered one of the worst traumas that could be imagined - her sister (twin) committed suicide. Fourteen months later, another tragedy occurred: Beth, a cousin who had been very close to Doreen once, jumped off the bridge. Doreen was so afraid of another sadness and pain of losing her neighbors. Instead of dealing with her emotions and fully experiencing the pain she felt, she found a way to escape from her: to exclude from her life strong bonds and friendships and almost always to travel.

After one of her travels, she threw herself into my office, telling me she was in the Amazon and met a shaman. So much she wanted to tell someone close to her about her talent, but there was no one to whom. That is why she decided to stay at home for a few months and focus on what she was most afraid of: herself.

She tried to meet and make friends in online chats, but once she was about to meet, she felt a great anxiety and fear that paralyzed her. They were so unbearable that she preferred to stay at home. She was afraid that if she let someone go to her heart again, their departure would destroy her. But she realized that although she had lost her sister and cousin, she was still there and she managed it. Therefore, she tried to register for another event with new potential friends. On the day of the event she felt strong symptoms of anxiety - tremor, palpitations, sweating. But she knew it would be even worse next time and wouldn't go anywhere like that. This step was crucial for Doreen. Gradually her fear disappeared and she began to live an active social life again. She is still afraid that she may lose her loved ones, but her fear no longer controls her.

Tips for working with your fear

If you have a panic fear, it is certainly better to discuss it with your therapist, for less serious fears it is advisable to try the following recommendations.

When all classical procedures fail to cure diseases of modern medicine, he can get on the scene psychosomatik. He will help himself lifestyle change, reveal psychological problems or even unsolved traumas from childhood and adulthood. 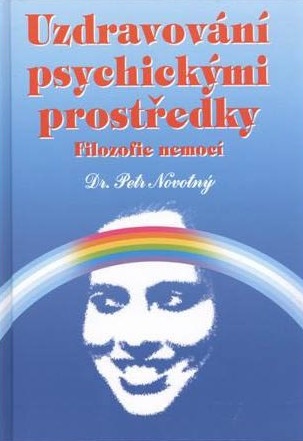 Numerology and its importance

Very effective technique for activation of the third eye