The book PYRAMIDS - The Legacy of the Gods: Order Today. Proofreading in progress

V 27.03.2019 we successfully christened our first book OUTPUT whose author is Dr. Steven M. Greer and a translator Sueneé. We are very happy that the book is doing well and is really a BESTSELLER with everything. :)

New book PYRAMIDS - The legacy of the gods

Sueneé: When someone does an archaeological survey in tens of thousands of years where, for example, Gothic temples stand today, there may be a firm conviction that it must have been a ritual place where the dead were worshiped. It is always a question of perspective and Valery Uvarov is a very skilled researcher who tries to connect the remains of shards, once a great picture of civilization and society that lived here thousands of years before us… I invite you to embark with him on an adventurous journey in search of the truth pyramids.

Foreword by the translator 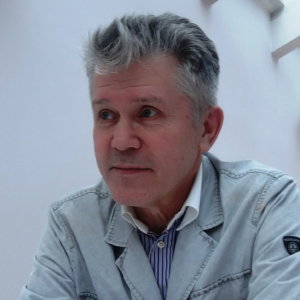 Author of the book Valery Uvarov

A number of books have already been written about the pyramids. As a rule, the pyramids are described as the last resting places of the pharaohs, without examining the possibility of their timeless significance, not only at the time of their construction, but also today. The main reason for such an approach is probably the idea that ancient civilizations were basically primitive, and their intellectual development began to gain momentum relatively recently - say, over the last two millennia.

A deeper knowledge of the physical nature of the pyramids associated with the penetration of their real functions, used by humans many millennia ago, should lead us to reconsider the established notions of more or less linear human development, where the current level of knowledge is considered the highest achieved. However, although so far only marginal efforts are being made to explore the pyramids, researchers are already willing to acknowledge the existence of deep knowledge of ancient people, both in mathematics and astronomy and biology, physical, mental and spiritual aspects and the quality of human life.

Much certainly has already been discovered in this area, yet the fundamental question remains unanswered: What led nations thousands of years ago in various parts of the Earth to realize such difficult structures as the pyramids ?. At the same time, dozens, or rather hundreds, have been preserved in various states throughout the Earth to this day. At the same time, there were dozens, if not hundreds, of buildings throughout the Earth. At the same time, their real purpose and method of construction remains an open question. The question remains unanswered not only for the purpose of these buildings, but how they were built.

This book aims to shift knowledge in this area and give answers where others are groping. On the question of the purpose of the pyramids, it also offers room for reflection, including whether or not it makes sense to imitate our ancestors and build pyramids today. And if so, how about today's technical capabilities. 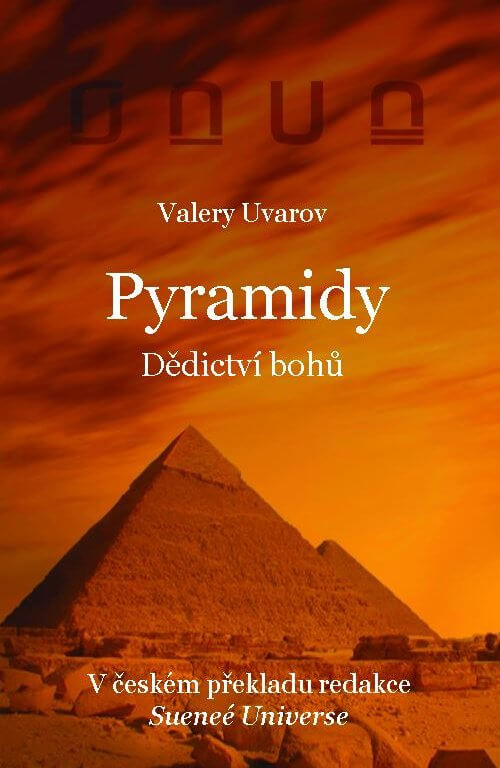 The book contains an extensive collection of knowledge Valery Uvarova, which he has accumulated over more than 30 years of his research work, including practical experience in the construction of modern pyramids.

On 30.06.2021 was completed final translation of the book and at present (04.07.2021) its corrections have begun. You can support the production of a book by reading it today you book a you support the project its production.

When the book comes out

We will introduce the book to you 20.11.2021 na 4rd International Conference Sueneé Universe. The expected release date should be spring 2020. We will specify it at the conference.

How to book or order a book

For technical reasons, we cannot accept cash on delivery. Payment in advance by bank transfer or card is always required. 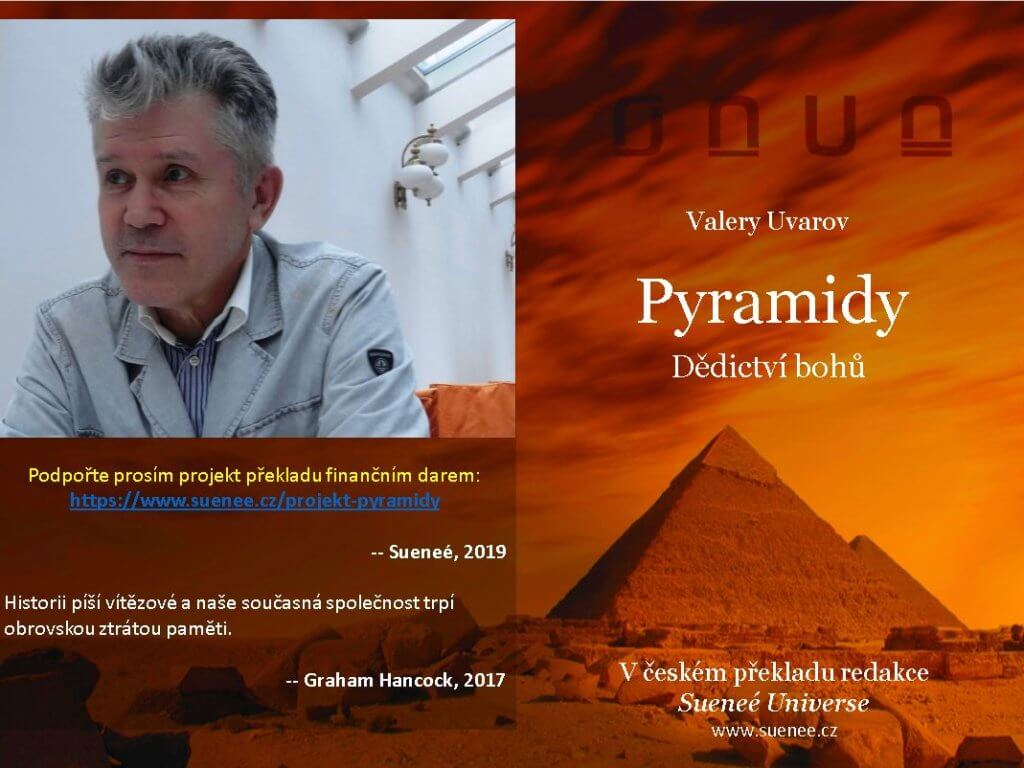 We will prefer to sell the book through our Shop. We are considering sales in the distribution networks of large department stores.

The retail price was preliminarily set at CZK 690 ± CZK 100. Its final amount depends on the final production costs.

Source: Translation of the book: PYRAMIDS - The Legacy of the Gods

The tunnels under the pyramids are rich in mercury, mica and pyrite (part 1)

A breathtaking discovery in Saqqara - a hidden pyramid!