Quantum mechanics allows you to see, feel and touch the particles (2 part)

Let's go back to what is quantum mechanics and how we can use it.

Okay, so you feel coffee, you're almost awake. Your eyes are ready for daylight, they blink and let some light come in. When you think about it, the particles of light entering your face and your eyes arose a million years ago at the center of the sun, at the time our ancestors started using fire. The sun would not even send particles called photons if they were not needed for the same phenomenon that could be the basis of our smell, quantum tunneling.

About 150 of millions of kilometers separates the Sun and Earth, photons take only eight minutes to overcome this distance. Most of their travels take place inside the sun, where a typical photon spends millions of years trying to escape. The mass is stored in the middle of our star, where hydrogen is about 13 times denser than lead, and photons can travel only an infinitely small fraction of a second before hydrogen ions are absorbed, which then shoots a photon onto a sun path, etc. After about a billion such interactions finally emerge a photon on the surface of the Sun that has been shining for millions of years. 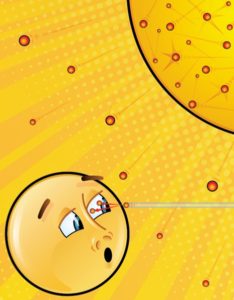 Photons would never arise, and the sun would not shine if quantum tunneling was not. The sun and all other stars create light by nuclear fusion, breaking hydrogen ions, and creating helium by a process that releases energy. Every second, the sun converts to about 4 of millions of tons of mass. Only hydrogen ions, like single protons, have positive electric charges and are repel to each other. So how can they merge with each other?
In quantum tunneling the wave nature of the protons allows them to sometimes overlap easily as waves that connect to the surface of the pond. By overlapping, the proton waves are brought close enough so that additional strength, such as a strong nuclear force that operates only at very short distances, can overcome the electrical repulsion of the particles. The protons then collapse and release one photon.

Our eyes are very sensitive to photons

Our eyes have evolved to be very sensitive to these photons. Some recent experiments have shown that we can even detect individual photons, which gives an interesting option: could people detect some special cases of quantum mechanics? Does that mean that a man, like a photon or an electron or Schrödinger's unfortunate cat, is dead and alive at the same time if he engages directly in the quantum world? How could such an experience look like? 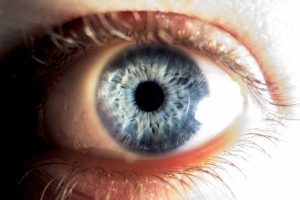 "We do not know because nobody has tried it," says Rebecca Holmes, a physicist at the Los Alamos National Laboratory in New Mexico. Three years ago, when she studied at the University of Illinois in Urbane-Champaign, Holmes was part of a team led by Paul Kwiat, who showed that people can detect a short lightning of three photons. In 2016, she found that a competing group of scientists led by physicist Alipawa Vaziri at Rockefeller University in New York found that people actually see individual photons. We see, however, that experience may not be accurately described. Vaziri, she had tried to see the photon flashes and told Nature magazine: "It's not like seeing the light. It's almost a feeling at the threshold of fantasy. "

In the near future, Holmes and Vaziri experiments are expected to test what people perceive when photons are put into special quantum states. Physicists can, for example, link a single photon to what they call a superposition where there are photons at the same time in two different locations. Holmes and her colleagues have designed an experiment involving two scenarios to test whether people can directly perceive the superposition of photons. In the first scenario, one photon would either get to the left or right side of the retina, and one would notice on which side of the retina a photon felt. In the second scenario, the photon would be placed in a quantum superposition to allow it to make it seemingly impossible - simultaneously flying to the right and left sides of the retina of the eye.

Would one find light on both sides of the retina? Or would the photon interaction in the eye cause the superposition to collapse? If so, would it be as often on the right as on the left, as the theory suggests?

"Based on standard quantum mechanics, the superposition's photon probably would not look different than the actually randomly sent photon to the left or right."

If it turns out that some of the experiment participants really perceived the photon at both sites at the same time, does it mean that the person himself was in a quantum state?

"It could be said that the observer was alone in the quantum superposition in a slightly negligible time, but nobody has tried it yet, so we do not really know. That's why we can do such an experiment. "

You perceive your own way

Now, let's go back to the cup of coffee. You feel the mug as a solid piece of material, firmly in contact with the skin of your hand. But it's just an illusion. We never touch anything, at least not in the sense of the two solid pieces of matter that touch. More than 99,9999999999 percent of an atom consists of an empty space, with almost all of the mass centered in the core. 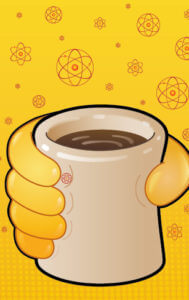 When you hold a cup with your hands, it seems that his the strength comes from the resistance of the electrons in the cup and in the hand. The electrons themselves have no volume at all, they are only the apparent zero dimensions of the negative electric charge field that surround atoms and molecules like a cloud. The laws of quantum mechanics are limited to specific energy levels around atoms and molecules. As the hand grabs the cup, it pushes electrons from one level to another, and it requires the energy of the muscles that the brain interprets as resistance when touching something solid.

Our feeling of touch is based on an extremely complex interaction between the electrons around our body molecules and the molecules of the objects we are touching. From this information, our brain creates the illusion that we have a solid body that moves around a world full of other solid objects. Touching them does not give us a real sense of reality. It is possible that none of our perceptions corresponds to what is really happening. Donald Hoffman, a cognitive neurologist at the University of California at Irvine, believes that our senses and brain have evolved to mask the true nature of reality rather than to reveal it.

"My idea is that the fact, whatever it is, is too complicated, and it takes too much time and energy to process it."

Hoffman compares the image of the construction of the world in our brain with the graphical interface on the computer screen. All color icons on the screen, such as the basket, mouse pointer, and file folder, are not related at all to what's really going on inside the computer. They are mere abstractions, simplifications that allow us to communicate with complex electronics.

According to Hoffman's view, evolution has changed our brain to function just like a graphical interface that does not produce the world quite faithfully. Evolution does not support the development of accurate perception, it only uses what allows for survival.

Hoffman and his postgraduate students have been testing hundreds of thousands of computer models in recent years to test their ideas in simulations of artificial life forms contesting limited resources. In any case, the organisms are programmed to give preference to physical fitness, when the realities are not the same as those that are made for accurate perception.

For example, if one organism is designed to accurately perceive, for example, the total amount of water present in the environment, it encounters an organism that is tuned to perceive something simpler, eg the optimum amount of water needed to stay alive. So while one organism could create a more accurate form of reality, this property does not increase its survival capacity. Hoffman's study led him to a remarkable conclusion:

"To the extent we are tuned to sustain life, we will not be attuned to reality. We can not do it. "

His ideas coincide with what some physicists consider to be the central idea of ​​quantum theory - the perception of reality is not entirely objective, we can not separate from the world we observe.

As Hoffman's work shows, we have not yet dealt with the full significance of quantum theory and what he says about the nature of reality. Planck himself, for most of his life, has been trying to understand the theory he has helped to create and always believed in the objective perception of the universe that exists independently of us.

He once wrote about why he decided to devote himself to physics, against the advice of his teacher:

"The outer world is something independent of man, it is something absolute, and the search for the laws that apply to this absolutely seems to me to be the most exalted scientific experience of life."

Perhaps it will take another century before another revolution in physics proves whether he was right or wrong, like his professor Philip von Jolly.

Quantum mechanics allows you to see, feel and touch the particles (1 part)

2 comments on "Quantum mechanics allows you to see, feel and touch the particles (2 part)"