Lilith: An ancient demon, a dark deity or a goddess of sensuality?

Some sources describe it as a demon, in others it acts as an icon representing one of the darkest pagan goddesses. Lilith is one of the oldest female demons in the world, whose roots can be found in the famous Epic of Gilgamesh, but it is also mentioned in the Bible and the Talmud. She is an infamous demon of Jewish tradition, but some sources say she was the first woman. According to Jewish legends, God created Lilith as the first woman and did so in the same way he created Adam. The only difference was that he used dirt and sludge instead of pure dust. The traditional interpretation of her name means "night" and is attributed to her with qualities associated with spiritual aspects of sensuality and freedom, but also with horror.

The name Lilith comes from the Sumerian word "lilith," which meant the spirit of the wind or the female demon. Lilith is mentioned in the Sumerian poem Gilgamesh, Enkidu, and the Underworld, a famous Old World pot-song that was created sometime after 2100 BC. table of his canonical edition. She appears in the story of the sacred tree of the goddess Inanna, in which she represents a tree trunk. It is accompanied by other demons, and therefore researchers still do not agree whether she was a demon or rather a dark goddess. It is also mentioned in early Jewish sources and it is difficult to determine where it was known earlier. However, it is evident that he has been involved in Sumerian witchcraft and magic since the very beginning of his occurrence in ancient texts. The Babylonian Talmud describes Lilith as a dark spirit with uncontrollable and aggressive sexuality. They say
about her being fertilized with male sperm to give birth to demons. She is believed to have been the mother of hundreds of demons. It was also known in the culture of the Hittites, Egyptians, Greeks, Israelites and Romans, and later the awareness spread to the north of Europe. It represents chaos, sexuality and is said to have charmed people. Legends about it are also related to the first stories about vampires. 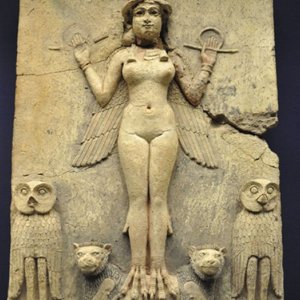 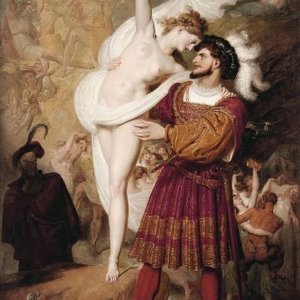 Lilith appears in the Bible in Isaiah 34: 14, which describes the demise of Edom. From the beginning, he is considered a devilish being, impure and dangerous. In Bereshit Rab, commenting on the book of Genesis, she appears as Adam's first wife, which, according to this book, God created together with Adam. Lilith was very strong, independent and wanted to be equal to Adam. She could not accept that she was less important and refused to lie under her intercourse. Their union did not work and was filled with disputes. As Robert Graves and Raphael Patai wrote in The Hebrew Myths, "Adam complained to God, 'I was abandoned by my mate.' God hesitantly sent the angels of Senoy, Sansenoy, and Semangelof to bring Lilith back. They found it on the Red Sea, in a swarming area
vile demons, to whom she gave more than a hundred lilim every day. 'Return to Adam without delay,' said one of the angels, 'or we will drown you!' Lilith asked, 'How can I return to Adam and live like an exemplary housekeeper after I lingered on the shores of the Red Sea?' 'Rejection means death,' they replied. 'How can I die,' Lilith asked again, 'when God commanded me to take care of all newborn babies: the boys within eight days of their lives, the time of circumcision; girls by the twentieth day. However, if I see the names of the three of you or the like written on an amulet hanging over the newborn, I promise to spare the baby. ' They agreed; but God punished Lilith by killing one hundred of her demonic children every day; and if she was unable to kill a human child because of the amulet, she turned against her own. 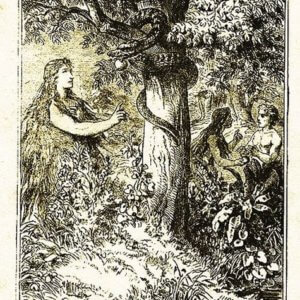 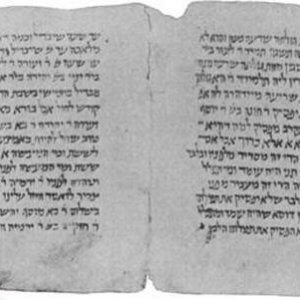 Icon of contemporary pagans and feminists

Nowadays, Lilith has become a symbol of freedom for many feminist movements. With greater access to education, women began to understand that they could be independent and began to look for a symbol for their female strength. Lilith also began to be worshiped by some followers of the Wicca pagan religion that originated in 50. years 20. century. The perception of Lilith as an archetype of an independent woman was reinforced by the artists who accepted her as their muse. During the Renaissance it was a popular subject in art and literature. Michelangelo portrayed her as half a woman, half a snake wrapped around the Tree of Knowledge, increasing her significance in the myth of human creation and expulsion from Paradise. Over time, Lilith was increasingly inflaming the imagination of male authors such as Dante Gabriel Rossetti, who portrayed her as the most beautiful woman in the world. “The Chronicle of Narnia,‟ CS Lewis, was inspired by the legend of Lilith in creating the character of the White Witch, which he described as beautiful but dangerous and cruel. Lewis mentioned that she was the daughter of Lilith and that she was destined to kill the children of Adam and Eve. The slightly less romantic notion of Lilith comes from the pen of James Joyce, who called her a patron of abortion. Joyce pushed Lilith into feminist philosophy, beginning the process of transforming her into the goddess of independent women 20. century. Over time, as women gained greater rights, they began to disagree with the vision of the world dominated by men, including the interpretation of the biblical story of the beginning of life on Earth. The name Lilith appears both as Israel's national literacy program and as the name of a Jewish women's magazine. The legendary female demon of ancient Sumer is one of the most popular topics in feminist literature dealing with ancient mythology. However, researchers still disagree as to whether it was created by God, was a real demon, or whether it served only as a warning of what would happen if women gained power.

Significant personalities and their reliance on the help of clairvoyants

Glastonburg's message from the past