The Egyptian “Lomená” pyramid, now open to visitors, may be the final resting place of its builder Pharaoh Snofru. In Egypt, on Saturday, 4 opened the 600 years old "Lomená" pyramid. This 101 meters high building, located south of Cairo, is considered a landmark in the development of pyramid engineering. The pyramid was built in Dashhur around 2600 BC by Snofru, the Pharaoh of the Fourth Dynasty. Along with the nearby "red" pyramid, also built by Snofra, it marks the transition from the "stepped" pyramids where the ancient tombs were spread over several floors, to the more familiar smooth-walled pyramids.

"These two pyramids, built by King Snofru, eventually led his son Chufu to build one of the Seven Wonders of the World, the Great Pyramid of Giza."

Visitors can now descend into two 79 chambers through a 1 meter tunnel through this building. 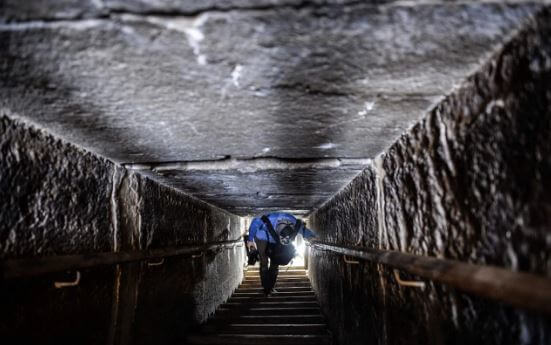 A man walks down the corridor of King Snofru's well-known Lom pyramid in Dashur, 32 km south of Cairo. After closing in 1965, the pyramid opened again to visitors.

The pyramid has a unique shape: its walls, which are still lined with limestone, tower up to 49 meters at an angle of 54 degrees and then taper upwards. According to Mustafa Waziri, Secretary General of the Egyptian Council of Antiquities, the builders of the pyramid changed the angle of the structure as cracks began to form there. 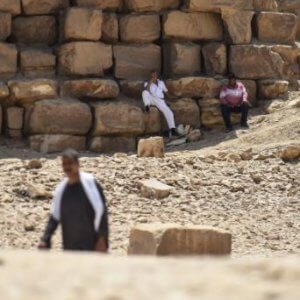 One of the surrounding monuments in the ancient royal burial ground of Dashur on the west bank of the Nile.

The newly accessible pyramid may even be the final resting place of its builder Snofru. “We are not sure where he was buried. Maybe in this pyramid, who knows, ”said Mohamed Shiha, director of local government. 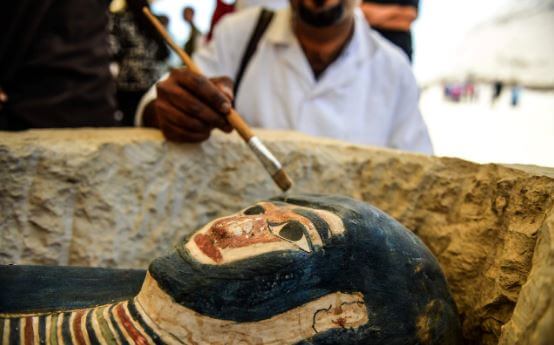 As part of the reopening of the pyramid, the authorities also presented a new collection of stones, clay and wooden sarcophagi, some of which contain preserved mummies, wooden funerary masks and tools.

The smaller 18 meter pyramid, possibly built for Snofru's wife Hetepheres, was made available to visitors for the first time since it was uncovered in 1956. Part of the reopening of the pyramid was the presentation of a new collection of stone, clay and wooden sarcophagi discovered in these places, some of which contain preserved mummies. Egyptian archaeological mission also found wooden burial masks and tools.
Unlike the more famous pyramids of Giza, the Dashhur location is in the open desert, with only a fraction of visitors flowing. The opening of the broken pyramid could, together with the authorities' efforts, contribute to the recovery of the country's declining tourism sector. 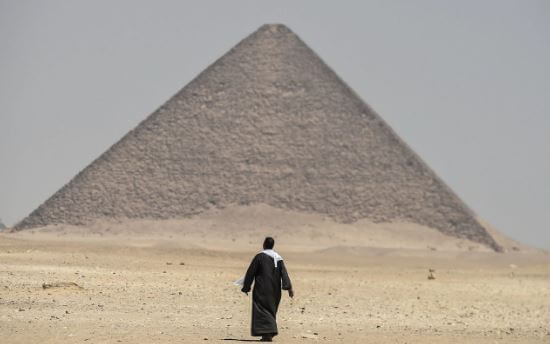 The "Red" pyramid, standing near the broken pyramid in Dashhur.

The tourism sector makes a significant contribution to the Egyptian economy. However, after the revolution and overthrow of long-time dictator Hosni Mubarak in 2011, his dramatic decline occurred. In 2010, Egypt welcomed a record number of nearly 15 million tourists. While these figures are still far away, the industry seems to be recovering. According to World Tourism Organization data, 2018 visited Egypt by a million tourists in 11,3.

Hellmut Brunner: The wise books of the ancient Egyptians

Ancient Egyptian wisdom of life is based on thousands of years of experience, yet it has not lost anything of timeliness. We are still the same people, no matter what technical potential we currently have, because we too want to be successful, wise, healthy and happy. The Egyptians of the sand-millennium tell us how we should organize our lives nowadays so that we can succeed in our efforts without the hassle and unnecessary mistakes. 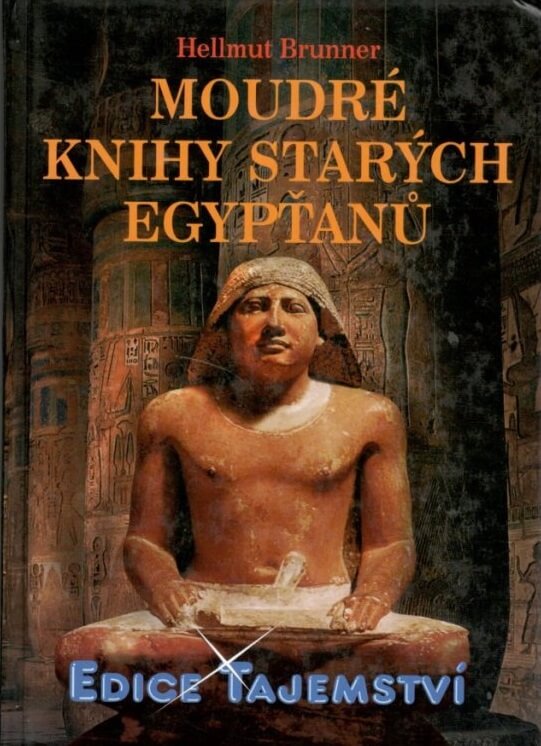 Psammetic I. - 3D reconstruction of the statue of the Egyptian monarch

Cleopatra - was it really suicide?

A fascinating story of the reincarnated Egyptian priestess Dorothy Eady