Magical places: Mary Magdalene as a hidden patron of the Prague basin

The chapel of Mary Magdalene was built by our ancestors on strength places, usually with old pagan tradition. Most of these buildings, often of Romanesque or Gothic origin, can be found in Prague and its surroundings. It seems that the cult of the saint, in ancient Czech called Mary, had the task of suppressing memories of Slavic priestesses and their rituals.

Apparently, the oldest shrine dedicated to Mary Magdalene can be found in Přední Kopanina, which is now part of the capital city of Prague, and its co-existence includes noisy starting planes from the nearby Václav Havel Airport. According to legend, the wooden chapel was to be founded by Saint Ludmila, the mother of st. Wenceslas, sometimes around 900, when the oldest Czech church was built at the nearby Budeč hillfort. Today's rotunda in Přední Kopanina is Romanesque and comes from 13. century, was very successfully reconstructed and completed in the nineteenth century. The white opuka, thanks to which the rotunda in Kopanina shines into the distance, comes from the same quarry as the monastery of st. George at Prague Castle. The rays of the setting sun then both these marble churches can turn into different shades of gold, which is very impressive. Mary Magdalene, however, has always been dedicated to the color red. Perhaps it is no coincidence that on the hill northeast of the rotunda in Kopanina, a ghost of the Virgin Mary appeared in red robes, in a place that seems to have an older pagan past. To the statue of Saint Julian at the intersection of the old ways down here to 19. There were pilgrimages in the middle of the century, with young girls bringing red roses. It is said that on the hill and down in the place of the rotunda there were originally the sacred groves of the Slavic goddess Živa or Krasina, whose symbol used to be the flowers of red and red shades.

The first stone sanctuary of Mary Magdalene in Prague and its surroundings is a mysterious rectangular chapel in Prague's Vršovice district. It is written in 1022, but it seems to have an even more ancient history. She, too, grew up in an extraordinary place - at the sacred grove of the Vršovci family, who guarded the entrance to the Botič Valley with the pagan sanctuaries of Jezerka, Slupí and Vyšehrad. It seems that Mary Magdalene was the "most formidable" part of Christianity for lovers of the Old Slavic faith. The Vršovice Chapel of Mary Magdalene is nowadays a little known part of the local baroque church of st. St. Nicholas, it was situated in the place of today's presbytery, which still has a rectangular ground plan.

From the year 1030 we have documented the chapel of Mary Magdalene at the nearby Vyšehrad. Until today, it has not survived, but its existence confirms the hypothesis that in this part of Prague today, Mary Magdalene was worshiped as a substitute for the pagan Libuše, connected with the local holy area of ​​the Jezerce.

The cult of Mary Magdalene came to the top in 14 both in the Czech Republic and in Western Europe. century - and probably related to the stays of Emperor Charles IV. and his Archbishop Arnošt of Pardubice in southern France, mainly in Avignon, where the legends of Mary Magdalene were very lively. 1358 even dedicated this saint to one of the cathedral chapels of the St. Vitus Cathedral and the Magdalene motifs appear in the Chapel of St. Vitus. Cross at Karlstejn in the southwest window niche. The remains of Mary Magdalene were then brought by Emperor Charles IV. from France to Prague in 1365 and places them among the rarest relics of the world in the Corpus Christi Chapel at the Cattle Market, today's Charles Square. Today we can no longer determine how much Emperor Charles and his spiritual advisor Arnošt believed in official church legends, and to what extent they were influenced by the "heretical" ideas of the then South French Gnostics. They regarded Mary Magdalene as the embodiment of Pistis Sofia, the spiritual wisdom available only to the consecrated.

Another ancient church dedicated to Mary Magdalene still stands in the village of Kunice by the ancient trade route from South Bohemia to Prague, which was probably already used by the Celts. The original wooden chapel was to be built as early as 970, although later reconstructions, especially those of the Baroque, did not leave a mark on it. But the ancient consecration of the temple remained and reveals that the saint Mary Magdalene was very popular at the dawn of Christianity in Bohemia.

Another originally Romanesque sanctuary, dedicated to Mary Magdalene, can be found at Okoř Castle west of Prague, just a few kilometers from the aforementioned Přední Kopanina. The local chapel was created in 13. After the Gothic reconstruction, it served the inhabitants of the area until 1800, when its vault collapsed due to neglected maintenance. The remains of the local castle chapel are still visible on the ground floor of the tall tower. The place is still very positive energy, suitable for meditation or healing. And by the way, according to rumors, the popular White Lady did not scare the Okoř, but the female ghost in the red robe. Again, we encounter this color, which is related to the fertility attributes and is so typical of the cult of Mary Magdalene.

The last place near Prague, where we follow the footsteps of Mary Magdalene, is the chapel of the same initiation on Skalka near Dobris. There has always been a sanctuary in the strong energy zone, but the Christian chapel and the Way of the Cross have come from the Baroque period, when Mary Magdalene's cult returns to fashion. But this time he is no longer presented as a mystical Christ woman, but as a humble penitent, a fundamental shift in original meaning. Baroque reveled in similar images of conversion to the "right" way of faith and asceticism. In contrast, the current spiritual currents rather follow the original archetype of Mary Magdalene as a representative of a higher level of love and wisdom, tied to the energy of the Grail and the sacred interconnection of man and woman.

Sueneé: Jan Kroča is a great guide to mystical and magical places in the Czech and Slovak Republics. We offer you a unique opportunity to take advantage of the following voucher for a walk with him after Vyšehrad. Voucher you can buy in our eshop.

If you are interested in other interesting places, be inspired. 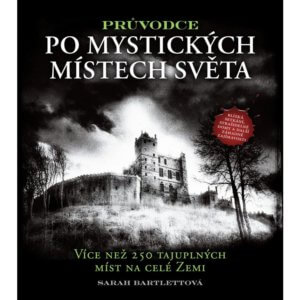 Meeting and drumming in a magical place: 29.8.2019 Magical Park Cibulka

Branice rocks come to life in the rhythm of drums

Labyrinths: What is their real purpose and meaning?