The glacier in eastern Antarctica lost nearly 3 km of ice

Found a place where Jesus converted water into wine

The place where Jesus did not yet have been found first miracle - turned water into wine. The Gospel tells us that Jesus Christ was invited to marry with his mother and disciples. During the wedding there was wine, and at that very moment Jesus gave his glory a signal and turned the water into wine.

Jesus and His First Miracle

When they tasted glasses, the water turned into wine. They did not know where the wine came from, though the servants knew it. This was the first of his miracles that Jesus did in the Cana of Galilee, showing his fame, and his disciples believed in him.

The place where it happened

The exact place where the first miracle credited to Jesus was made was a great mystery. Throughout the years, the site of Canaan has been widely attributed to bilingual experts in many Galilean villages, but no one has ever been able to confirm it. Thousands of pilgrims believed that the exact location was Kafr Kanna, a city in northern Israel. A group of researchers now says that the site was not Kafr Kanna, but a slope about 10 kilometers further north. So what did the experts find? 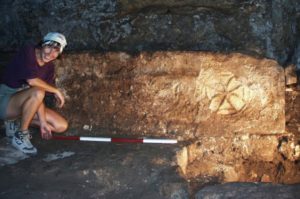 Local researchers found that Khirbet Qana is a Jewish village that existed between 323 BC to 324 nl Experts have revealed a number of points of contact that they suggest it was right here, where Jesus did his miracle. 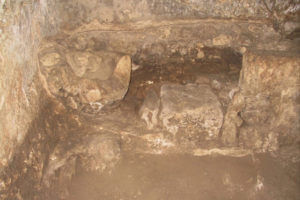 Archaeological excavations have demonstrated the existence of an extensive network of underground tunnels used for Christian worship. Scientists have found crosses and references to "Kyrie Iesa," a Greek phrase that means "Lord Jesus." Archaeologists also discovered an altar and shelves that contained the remains of a stone vessel. They also found six stone jugs, similar to those described in the biblical description of the miracle.

Dr. Tom McCollough, who led the archaeologists on the spot, said it was a credible proof that they were the evidence of the country of Canaan according to the Bible.

"We have discovered a remarkable large Christian cave complex that used Christian pilgrims who worshiped the miracle of turning water into wine. This complex was used at the beginning of the fifth or sixth century and continued using pilgrims until the time of the Crusaders in 12. century."

Links to Canaan by St. Joseph, the New Testament, and rabbinic texts confirm that this village is a Jewish community near the Galilee Sea, in the Canal of Galilee. Khirbet Qana meets all these criteria.

The treasure of an ancient wizard was discovered in Pompeii

Mysteries of technologies of ancient civilizations