The house that came down from heaven

As mentioned in the introductory article, Sumerian texts are full of colorful descriptions of flying temples descending from heaven. The first and perhaps the richest of these texts is the Hymn to the Temples, which is an important document celebrating the individual dwellings of the gods of ancient Babylonia and the deities themselves that inhabited them. Traditionally, his composition is ascribed to the daughter of Akkadian King Sargon the Great and priest of the moon god Nanna, Encheduanna, who was, among other things, the author of many hymns to the goddess Inanna and the first known writer in the world. However, the present form of the anthem probably dates back to the end of the 3rd millennium BC, the reign of King Shulgi, as evidenced by the presence of the temple of Shulgi himself in this list. 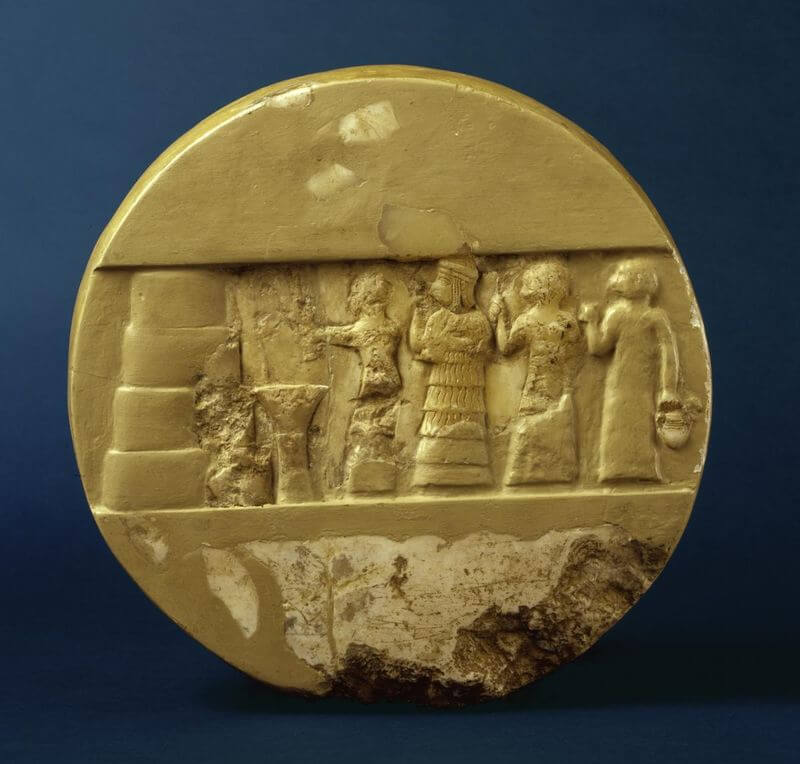 Disc of priestess, princess and poetess Encheduanna - author of the hymn to the temples

The hymn is divided into separate sections, each dedicated to one temple. These are further grouped by “divine families” or households. Although most gods are associated with one temple or city, some inhabit more of them, for example, Inanna was based in Uruk and Zabalam, or Utu, the sun-god, in Sippar and Lars. By linking cities or temples directly to the individual gods to which they were consecrated, it represents an invaluable description of the so-called "sacred geography" and allows the reconstruction of the iconic map of ancient Babylonia. The conclusion of each anthem repeats a well-established formula describing that this and that God had set up a dwelling place in his precinct and sat on his throne. The anthems also emphasize the importance of the platform on which the temples stand.

Several excerpts from this anthem directly emphasize the heavenly origin of the settlements of the gods. For example, in the anthem of the Uruguayan Temple of Inanna, the goddess of love and war, and the personification of the planet Venus, it says: “O abode of the great divine principles (ME) of Kulaba,… on whose platform the great shrine flourishes. Green fresh fruits, beautiful, glorious in their maturity; a sanctuary built for a bull coming down from the center of heaven, E-yes (dwelling of heaven), dwelling with seven horns, seven fires raised at night, watching for seven pleasures, your princess on the horizon is clean. which are said to have come down from heaven. One of them is the temple of the sun god Utua.
"O dwelling place that comes from heaven, the splendor of Kulaba, the sanctuary of E-babbar, the shining bull, lift up your head to Utu, who shines in the heavens!"
Not only temples descend from heaven, but also the divine principles and weapons of the gods, and hymns to temples often refer to heaven as their place of origin. Noble divine powers (ME) from heaven were sent to the temple of E-melem-kush, which is the seat of Nuska, the chamberlain of Enlite. 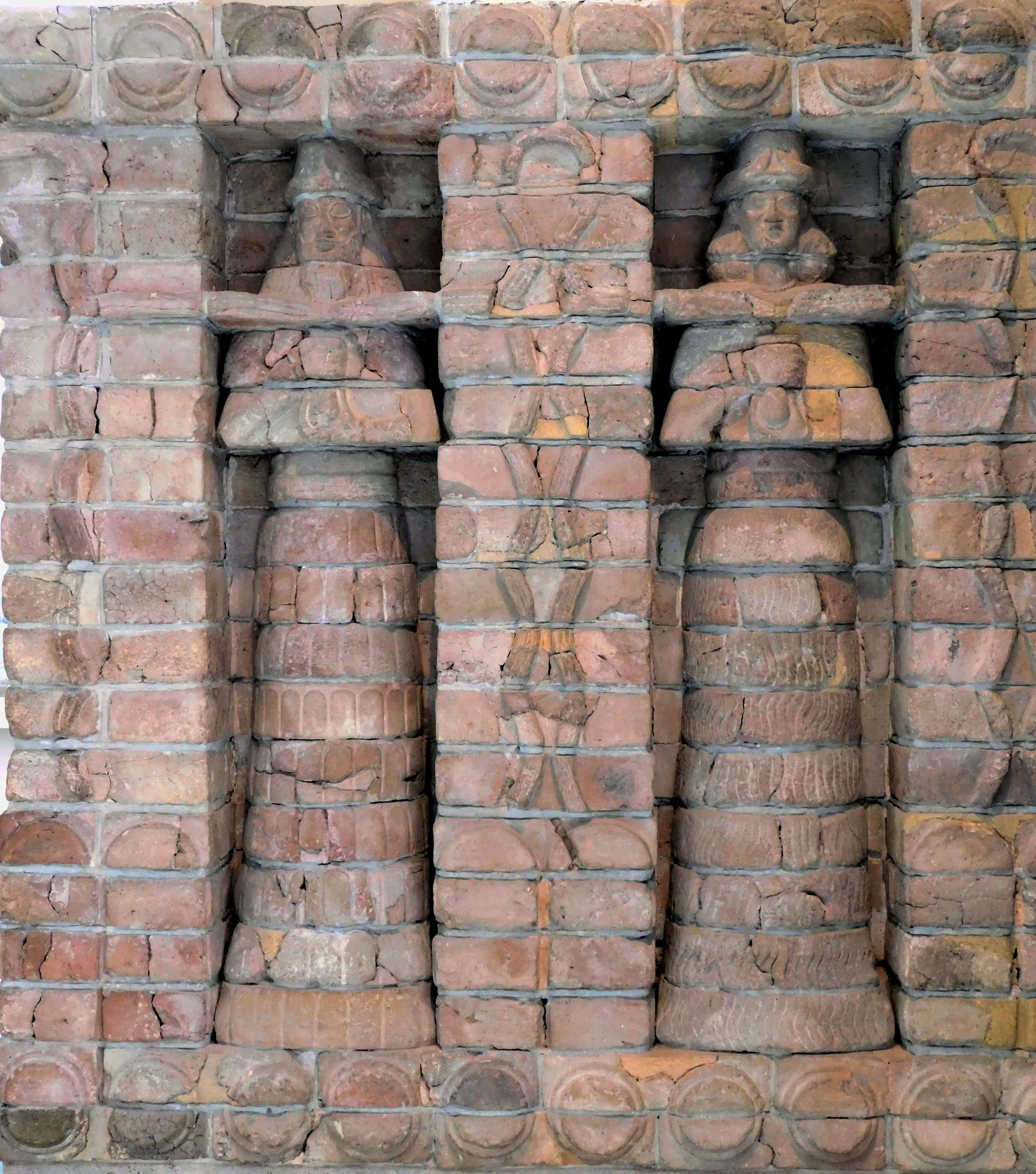 Decorated wall of Eanna's temple dedicated to Inanna, goddess of love and war

“O E-melem-kush (Home of menacing glow) abounding with great astonishment, Esh-mach (Magnificent Sanctuary) into which divine principles (ME) were sent from heaven, your head in the princely office, the E-Kur chamberlain, the pillar with the gallery, your house… the canopy platform. ‟
Temples are often described as radiant, sometimes also endowed with a divine or frightening glow (Sumerian called melam). The gods themselves are also clothed with this "frightening shine," interpreted by experts as a sacred horror. Flying objects from the Bible and Indian legends are also described and illustrated as brilliant. It is therefore likely that both the garments of the gods and their dwellings could have been made of some shiny, radiant material, probably metal, which undoubtedly made an astonishing impression on the ancient inhabitants of Sumer.

The individual excerpts of the anthem on the temples indicate that the gods were coming down on their feet in their heavenly settlements and seated on a platform that was built specifically for this purpose. The motif of God who builds the landing platform is also found in the biblical story of Ezekiel. 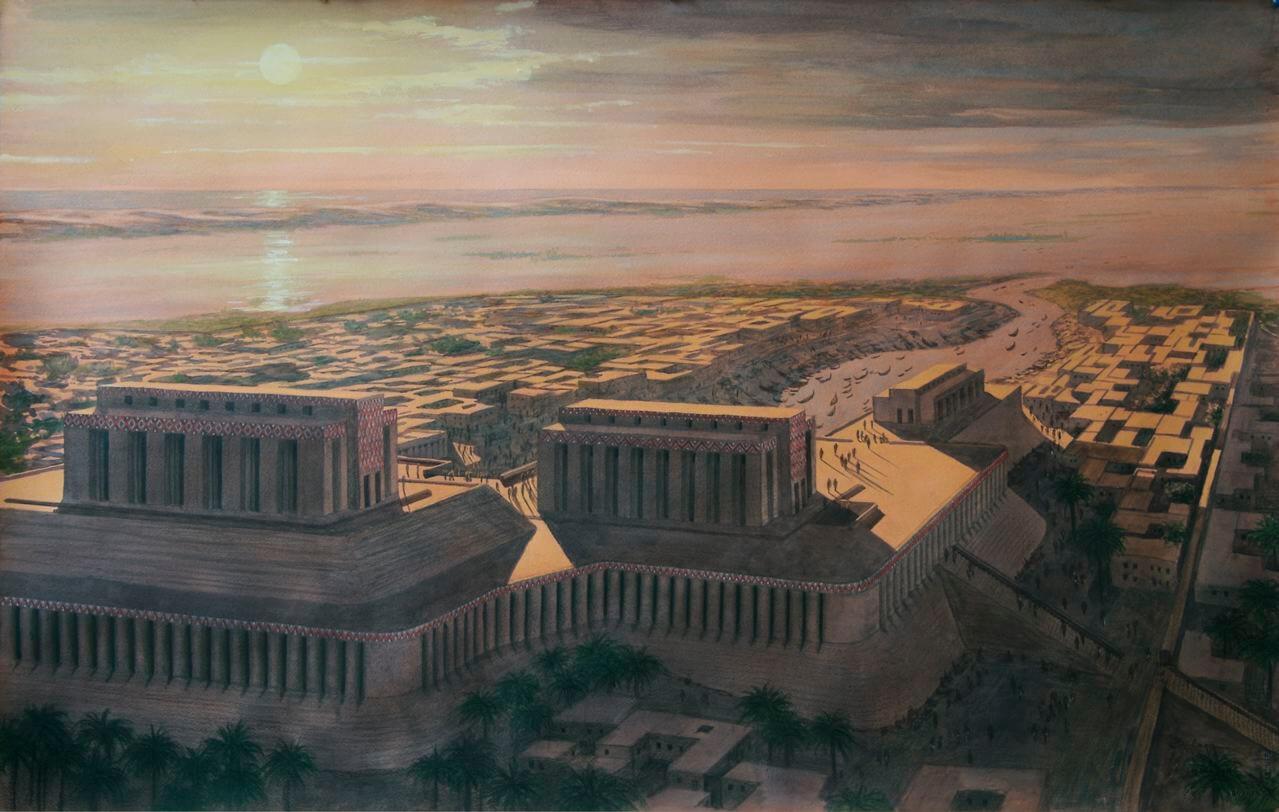 Illustration: Temples of Erid built on a raised platform

The construction of temples and buildings at the command of God will be discussed in more detail in other parts of the series.