Long before the English Stonehenge was even constructed, a functional prehistoric ritual site was built in Scotland, known for its many megalithic standing stones. According to experts, the "huge ancient ritual site" lies under the topsoil of the western side of the island of Arran.

The island of Arran

The island of Arran boasts some of the oldest and tallest rocks in northern Europe. In addition, it was "world famous" for its pitch (dull black glassy volcanic rock similar to obsidian), which was used as a raw material for the production of various objects from the Mesolithic through the Neolithic to the Early Bronze Age. 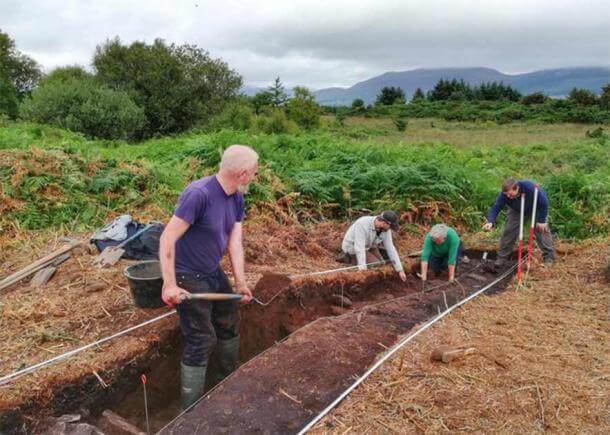 Archaeologists and volunteers examining the site of a possible monument

The island of afterlife

The Neolithic period (10–000 BC) was a period of significant social and cultural change in the ancient world. In the Neolithic, people worshiped many hunting spirits, which were believed to protect freshwater springs, rivers rich in fish and mushrooms. They also worshiped the almighty agricultural deities who "controlled" the seasons. Together, these spiritual views have resulted in the erection of many large stones, which symbolically represent the connection of the earth (fields) with the sky.

Here, on this remote Scottish island, hundreds of generations of regional chiefs and emerging religious leaders have been buried.

Ancient wooden circles, Bronze Age stone circles and standing stones were discovered on Machrie Moor, on the west coast of the Isle of Arran. But for us, the neighboring site of Drumadoon and its 28 chamber mounds is more important. These stone burial chambers functioned for rituals and death ceremonies. 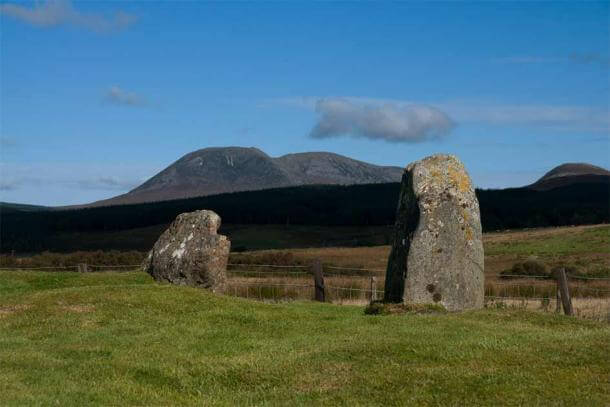 Scene on the west side of the island of Arran: two megalithic standing stones surrounded by fertile agricultural fields.

An aerial laser scan revealed an 800-meter-long slope at Drumadoon Point. Also two shores 7-8 meters wide and about half a meter high, which form long parallel rows - a feature also found in Stonehenge and many other Neolithic sites in Britain. 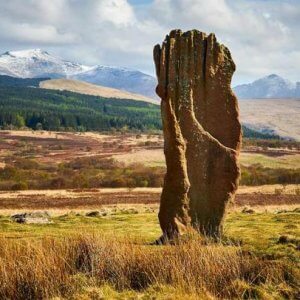 Neolithic standing stone on Machrie Moor, which can be seen from the top of Drumadoon Point. 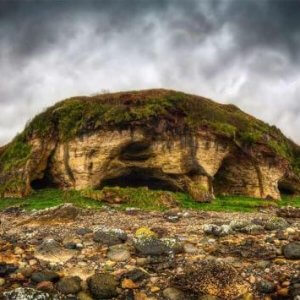 These monuments are also astronomically significant in their orientation and alignment. Therefore, in some cases, they could also serve as time-determining devices.

A report in the Daily Record states that the monument in Drumadoon also served, among other things, to connect with the dead. Drumadoon is just 1 mile from Machrie Moor Stone Circle. This suggests that these two places may have functioned in tandem during societal ceremonies and rituals.

Before the place in Drumadoon became a sacred place, it had to be cleaned, leveled and excavated. And all this was achieved with tools made of stone, wood and bone. Upon completion, a sacred space was created for rituals and ceremonies related to death.

Erich von Däniken: The Other Side of Archeology - Fascination with the Unknown

Erich von Daniken - Author of world bestsellers refutes with a team of respectable specialists the so-called scientific view of the history and origin of man. We will learn about star cults and ancient star maps, traces of the Maya and the origin of the Dresden Codex. 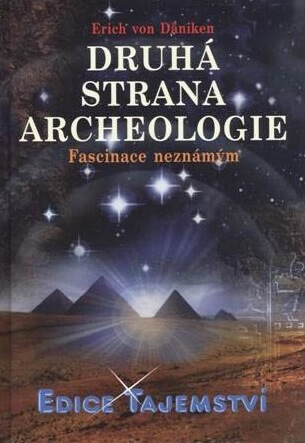 Erich von Däniken: The Other Side of Archeology - Fascination with the Unknown