It is estimated that after trapping in plastic containers, an estimated 570 000 hermit crabs perished. Heaps of plastic on the beaches, according to scientists, create barriers and crabs for deadly traps.

The new study looked at a population of hermit crabs in two remote locations on tropical islands. Further studies are planned in the future, as the exact level of damage caused by plastics to wildlife populations, especially land, is not yet known.

We know about the problem of plastics in water - animals get entangled in them and enjoy small parts of plastic. But on land it is different - there plastic acts as a physical barrier.

The study was conducted on the Cocos Islands in the Indian Ocean and on Henderson Island in the South Pacific. It is said that both places are dotted with millions of pieces of plastic. The crab crawls until it crawls into a plastic container, but from where it crawls, eventually dies. This problem is exacerbated by the fact that hermits do not have their own shells. As they grow, they have to move into larger shells. When one crab dies, it begins to emit a smell that tells the other crab that a new shell is available. This means that “the very mechanism that has evolved to ensure that hermit crabs can replace their shells has resulted in deadly bait. 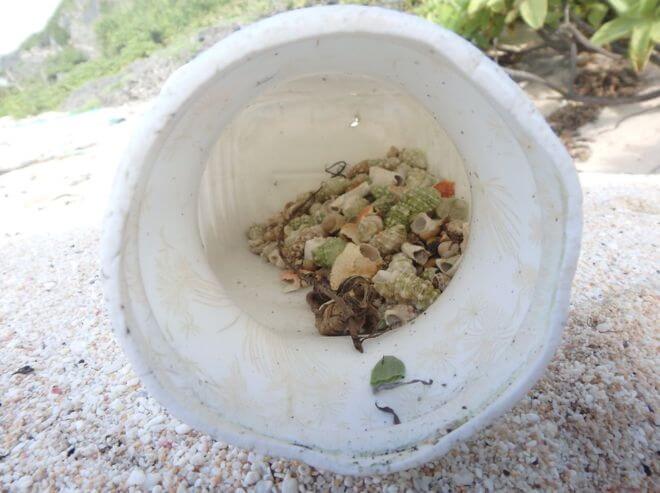 The authors of the study claim that hermit crabs play an important role in the ecosystem. They fertilize, aerate the soil and disperse the seeds. Although the study was conducted on remote islands, plastic pollution is worldwide. So it is time to change this. And what about you, are you also trying to limit the use of plastics? Send us your tips in the comments and inspire others.

If you want to contribute to ecological thinking, we recommend to give someone close to us with our cloth bags - visit us at Sueneé Universe

It is suitable for pastry, bread, loose food (poppy, peas, lentils, buckwheat…), I also buy fruits and vegetables. The bags can be used for almost anything! Things you ever chase on your purse can be found in the bag. Great for traveling with kids. Crayons, toys, clothes, slippers… Herbalists appreciate them for drying medicines. RECOMMENDED! Click on the picture to go to Sueneé Universe.

Meeting and drumming in a magical place: 29.8.2019 Magical Park Cibulka

One comment on "Plastic containers on the beaches kill small crabs"