For many of us, the Moon is much more than just a cold star in the night sky. We all know about the influence of the moon on the sea, on animals, on plants, but also on our psyche.

A two-year-old study by Swiss scientists showed that the level of active sleep decreased by a third during the full moon. The test people produced less melatonin - a hormone causing drowsiness. However, experts do not know exactly why human biology is associated with the Moon. It may be a remnant of the past when it was not safe for a person to sleep deeply under the bright moonlight, because in that case he was more at risk.

Biorhythms in nature are undeniable and run independently of us. They are daily, monthly and yearly. No one will doubt that day and night affect us. During the day, the human body is naturally active, with dimming activity decreases and goes to the rest induced by the night. Due to artificial lighting and heat provision, many biorhythms may not be perceived as clearly.

Night shifts are a clear example of a journey against biorhythms. People who work long-term at night start to suffer from various health problems over time. After daily biorhythms are monthly. They act through the water.

The phases of the Moon on the ocean, which are influenced by low and high tides, are best seen. In a simple way, the moon biorhythm moves the water, shifting it. Something similar happens in the human body. The effect of the full moon is more noticeable in people whose water metabolism is impaired. This is more apparent in people who have relative excess or scarcity of water. The body works with water kidneys, pancreas and lungs. And total sleeplessness is a kidney problem. They, according to Chinese medicine, so-called cool the heart, soothe them. If this is done inadequately, the heart cannot sink into a more passive regime. The result is wakefulness or nightly restlessness.

The moon was probably formed in orbit around the Earth as a result of a large collision of the Earth with a cosmic body of Mars dimensions. According to scientists, the moon has been shining on Earth for 4,6 billion years. Its diameter is 3 Km. The distance of the Moon from the center of the Earth is 476 km. At its equator, the temperature reaches 384 degrees at noon and minus 403 degrees at night. The time of the Moon's orbit around the Earth is the same as the time of rotation, and therefore only one side of the Moon is visible. The moon shines with reflected sunlight, has no atmosphere, and has water on its surface. On the Moon we find lands with mountainous terrain with many craters and seas with flat plains. The first human crew to land on the Moon arrived in the American spacecraft "Apollo 127" on July 173, 11. The astronauts commander was Neil Armstrong.

Lunar cycles of the Moon

The lunar cycle is a process that can be divided into steps or phases. The phase in which a person is born symbolizes the basic foundation of man and his way of approaching the outside world. These phases have a certain sequence. Each phase builds on what was before it and paves the way for those steps and phases that follow. In this concept, we start from a lunar cycle that lasts approximately 29 and a half days and starts with a new moon.

The new beginning, the power of the new, lasts three and a half days. The moon comes in front of the sun, rising and falling simultaneously. At this time we will not find the moon in the sky in the night. The phase is less pronounced than the full moon, but it has the strength. A new cycle begins, a new energy. At the new tide.

We are in a situation where we face the past, clear our minds and prepare for action. Resolutions and decisions to postpone old customs have a chance of success. Internal cleansing will benefit fasting, as the body now easily eliminates toxins. Add oil to the bath, treat the skin with a Dead Sea mud wrap. The skin is welcomed with a light scrub, nourish it. When losing weight put on the cleansing phase, apple cider vinegar, detoxifying teas.

People who came into the world about the new moon, or within three and a half days after it, tend to throw themselves in the head and mostly without thinking. In this case, the world of duality is perceived as a whole. Luna is in the first phase, shortly after her birth, so she is able to be enthusiastic about everything new as a child. Therefore, these people need their surroundings to begin the first distinction between themselves and the world in order to know themselves.
The perception of these people is unique, but often has no distance, is unable to observe itself, is subjective. Man makes a harder distinction between his requirements and the real possibilities that are offered.

The moon grows up and the beautiful D is visible on it due to sunlight. In humans and organisms the taste for independence and independence grows. It is a good time to trim your hair, gaining more in density and strength (especially when the Moon is in the Lion). A less favorable period, however, is the healing of injuries and inflammations.

People born in this phase of the moon often feel that their whole lives are standing at intersections and still have to decide where to go next. There is a focus on the future, your ideas and ideals are trying to anchor in this future. It is endowed with practicality and natural "common sense". Often these people try to build an organization to realize their ideas. They are pioneers of new ideas. But there are also downsides - the ambition and the need to leave behind something that persists can lead to the promotion of its truth even at the cost of one failing and staying alone.

The moon has completed halfway around Earth, on the opposite side of the Earth from the Sun. His side facing the Sun stands in the sky like a white, bright wheel.

Days ideal for purgatory fasting if you want to lose weight. Easier to learn, good time for interviews and exams. A good time to collect herbs with healing power in flowers and roots. Prevention of mental restlessness is enough fluids, massage, but also a visit to a relaxing or learning course. Some are very sensitive to the full moon and may suffer from headaches or irritability. These may take several days. They can be alleviated by a light diet and increased fluid intake. Alcohol consumption is not recommended.

The power of the full moon is 3 days before and 3 days after the largest and most effective. What has been felt in the past in the past is now visible. People who were born during the full moon are most interested in relationship issues. It can take them a long time to realize themselves first, and so they can experience serious crises in their lives. The opposition of the Sun and the Luna speaks of the opposite of the woman and the man in us and it is necessary to look at the world from the perspective of both, to reconcile these views, mostly in the name of an ideal. Development is conditioned by the fact that one realizes one's opposites. Your own desires can be completely different from the real possibilities. It is therefore necessary to perceive well the needs of your soul and to consciously involve it in the path to the goal. Personal relationships and contacts play a big role.

The fourth phase of the moon, which loses its light. Its shaded side seems to distort it from right to left and begins the 13-day phase of the diminishing Moon seen in the shape of the letter C. Luna reverses. There is a period of conflict of ideals and reality. We add more weight to the meaning of our activities. The inner world is confronted with the extent to which it is subject to its own and other people's ideologies. Riots and protests will hit the fertile ground. These days, prune the plants - they will get stronger and you will get rid of weeds for a long time. The old advice says that the windows washed at this stage (of the waning moon) are brighter. The last quarter is often referred to in the lunar cycle as the "crisis of consciousness," because the end of the running cycle is already in sight and we must begin to think about the next one.

The people of this period are focusing on the future. Being practical, they try to build an organization, a system that would bring their ideas to life. People born at this stage are wise since birth. They are more sensitive than others, more receptive, they are people who have been looking for life. They are able to sacrifice themselves for one thought, for some great thing. They try to spread their thoughts and help people, but tolerance is not their strength. They are able to go to the extreme, take tough measures if they are convinced of the correctness of their intention.

The full moon causes drowsiness and stunning of those sleeping under its rays, noted in the first century AD by the Roman scholar Gaius Plinius Secundus. It was based on his observations and his conclusions about the detrimental effects of the full moon on human behavior have survived in various forms to this day.

According to opinion polls, almost 92% of respondents believe that the Moon affects human behavior. In another survey, 40% of respondents said they perceive the phases of the moon and suffer from sleep disturbance or internal restlessness on a full moon.

Zoologists have been watching 39 graceful sharks living off the coast of the Republic of Palau in the Pacific Ocean for three years. They found that they were dwelling in deep waters under the full moon, while remaining in the shallows when the Moon was in the first quarter. Similar behavior has been confirmed for swordfish and yellowfin and bigeye tuna. The reason for changing behavior may be to avoid moonlight, in which they are more visible and thus can become easier prey. Veterinarians do not have a study on the full moon, but its effect on animals admitted.

War of the Moon there is a greater risk than we might imagine. Great powers like the US, China or Russia are seeking to acquire this strategic positions in spacebecause he who conquers the moon will be able to to rule Earth. 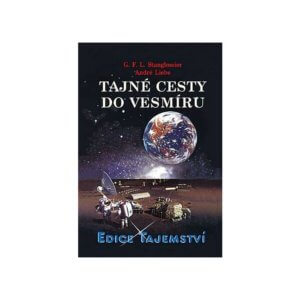 When is the ideal time for detox and cleansing? When, on the contrary, should you put the past in order? You will find all this in our lunar calendar. Each day is marked with a special name that perfectly describes its lunar essence.

The calendar can be found in the Inner Universe - Lunar Calendar section.