Portals to the dead inside a Viking house

Although the books and movies portray us in every possible form, what do we really know about them? Sadly, we don't know much about the real real Vikings. But this may change thanks to Marianne Hem Eriksen's new book Architecture, Society and Rituals in the Age of the Vikings.

The Viking household was diverse. The inhabitants of the largest communities (families) were couple, concubines, subordinates, animals, guests and also many children. But the Viking house was not only inhabited by living people. Archaeological findings suggest that even the dead had their place here. For example, below the threshold you could find the human bones of deceased relatives, or even children. It was meaningful for people to bury the body parts of the dead below the threshold. It was believed that the dead could protect the house or strengthen their owners. 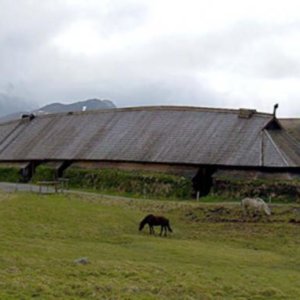 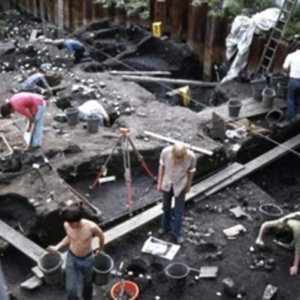 Exploring the remains of a Viking dwelling

Some houses even contained what could be called a portal between the living and the dead. The doorstep was the most frequent place of the portal. Some sources tell stories where one is raised above the door threshold and has so much power to talk to the realm of the dead. Free-standing portals (similar to ornate doorframes) were also used.

Archaeologists have also found many equipment: pots, knives and iron rings. All this had its meaning in the Viking household. The objects were usually buried in or near the door, suggesting that they were probably used as a talisman or artifact to protect themselves from magical forces.

Video where you can see a tour of the Viking house: