Category: On the ground

When logger Robert Taylor reported seeing an alien spacecraft in the woods near Livingston 40 years ago, he got headlines all over the world.

The incident at Dechmont Woods is unusual among reported UFO sightings in being investigated by police. The torn spots on Mr. Taylor's pants were treated as evidence of the attack, but they could never fully figure out what had happened to him. In his testimony to the police, a 61-year-old man described on November 9, 1979, a thirty-meter-high dome-shaped object in a forest clearing in western Lothian's new town. He said how two spherical balls rolled toward him, and as he fainted, he was aware that they had caught him on both sides of his feet. Mr. Taylor woke up in a turbulent state 20 minutes later.

Taylor, who died in 2007, was a recognized war hero and devout believer. No one doubted his sincerity of what he believed, and for the rest of his life he never deviated from his story. He told the police that he worked alone at 10:30 to check the fences and gates at Dechmont Woods when he hit a spacecraft in a clearing.

Once the pointed objects started to catch him, all he remembered was a strong stench of burning. When he regained consciousness, the clearing was empty except for the pattern of deep, regular marks on the ground. He went to his van, but was so shaken that he led her into a ditch, so he had to stagger home in a “dazed state”. When he got to the house, he told his wife, Mary, that he was attacked by a "spacecraft-like thing." Because Mr. Taylor was in such a state, the police were called, and the officers found themselves investigating an attack on the forester by extraterrestrial beings.

The police officer in charge of the crime investigation, Ian Wark, arrived in the clearing and found that there was already a large assembly of policemen. He told the BBC that he saw strange tracks on the ground. There were about 32 holes that were approximately 3,5 inches in diameter, having features similar to those from caterpillar belts, often mounted on bulldozers. 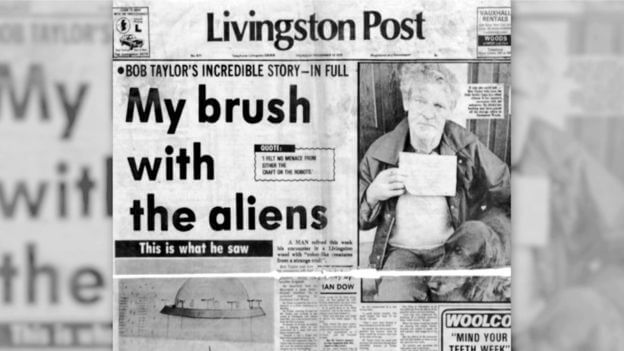 The detective went to Mr. Taylor's employer, Livingston Development Corporation, to see if the machine they had could solve the mystery. "After examining all the types of machines they had, we didn't find anything to do with it," he said. A police detective said that unusual signs on earth could only be found in a clearing where Mr. Taylor had experienced a close meeting he announced. "These marks suddenly appeared here," Detective Wark said. “They have not come from nowhere and are not going anywhere. They appeared as if a helicopter or something had landed from the sky. ”A police report from that time said that the footprints on the ground indicated that“ there was an object of several tons, but there was nothing to show that it was taken or towed ”. Police officer William Douglas wrote: "There seemed no rational explanation for these clues."

In a police investigation, Mr. Taylor's torn pants were sent for forensic examination, but that was still many years before modern DNA techniques, so the analyzes focused on how the damage occurred. The police forensic service said the pants seemed damaged by something that had hooked them up and moved them up. The pants are now owned by Malcolm Robinson, a ufologist who has been investigating these cases since the Dechmont incident. He said they were blue slash pants of a police release, and that type of cracks didn't happen to stuck somehow as Mr. Taylor crawled on the ground. Mr Robinson, who gave a lecture on the incident in the UK, Holland, France and the US and wrote a book on the subject, said it was one of the most incredible cases in the world. He said it was one of the few compelling cases that denied any explanation.

There are many theories about what actually happened to Mr. Taylor. This includes everything from hallucinogenic berries to spherical lightning and the wonders of Venus. The medical explanation could be the epileptic seizure that Mr. Taylor had suffered, but there was no evidence at the time. In his police statement, his wife Mary said that Mr. Taylor had not had a history of mental illness but that he had meningitis 14 years ago.

She said the treatment was successful, although in July of the same year he suffered from a number of headaches and was admitted to the Edinburgh City Hospital. In his statement, Mr. Taylor said that after the UFO incident, he was examined by a local doctor who called his house. The doctor suggested that he go to the nearby Bangour Hospital for examination and X-rays. After waiting for two hours in the hospital, he got angry and left without being examined.

Detective Wark said it could be an epileptic fit along with the theory. "But what about the marks on the ground?" He said. The former police officer cannot tell himself that he believes Mr. Taylor has seen an alien spaceship. "I would have to see it myself to believe it," he said. He said, however, that he had interviewed Mr. Taylor three times, and he had never changed his story. "He believed what he saw and couldn't make it up," Detective Wark said.

Forty years of the incident in Dechont has become a legend. Last year the UFO trail opened, bringing people to a place where a new city forestry master claims to have seen an alien spaceship. 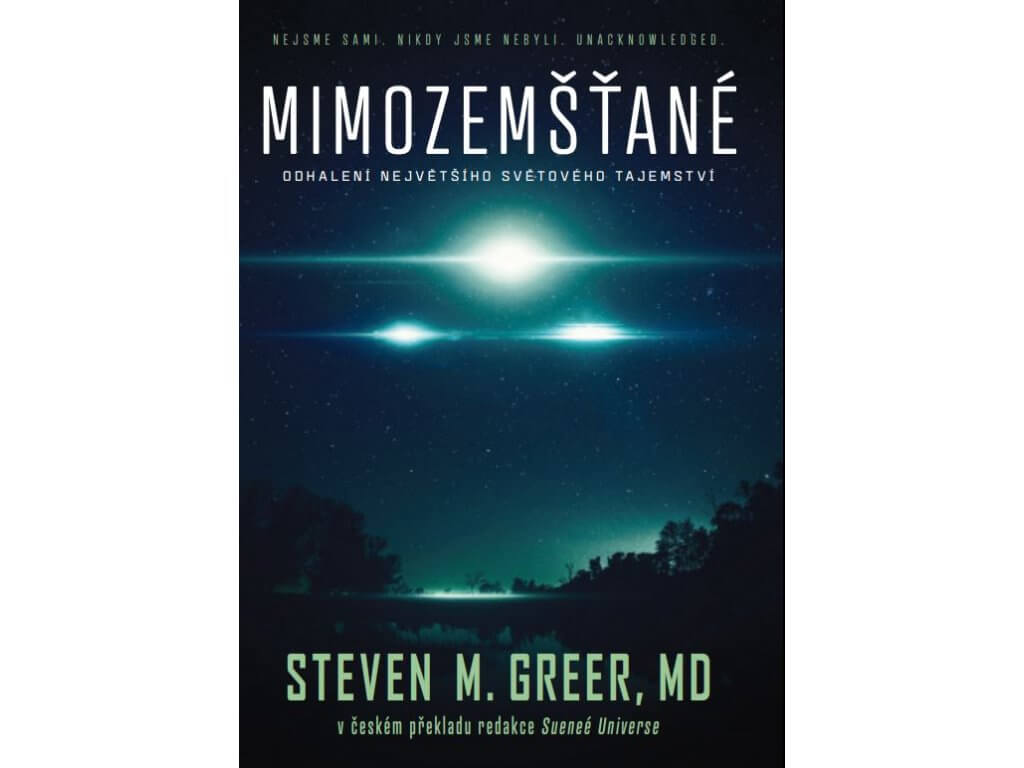 A tomb with allegedly extraterrestrial bodies was discovered in Peru