President Ronald Reagan called on the UN to fight UFOs together

In his speech, the 40th US President Ronald Reagan presented his proposal at the UN: "We often forget how much our obsession with antagonism connects our humanity. Maybe we would need some external universal threat to know that we have common interests. Sometimes I think about how quickly our differences would disappear if we had to face a common threat from alien beings from another world. And now I ask you: Aren't the alien forces around us for a long time? What could be even more foreign to the universal principle of the pursuit of our nations than war or its threat… "

Ronald Reagan knew about the aliens

Dr. Steven Greer - Aliens / AH Testimony: I had a good friend, Welsley Bond, who worked for the CIA. He was one of those tasked with informing the new presidents about the ET / UFO phenomenon and their activities. One of those to whom he passed his report was President Reagan. Welsley told him on that occasion: "We currently know 37 species of aliens… but there could be as many as 39…"

President Ronald Reagan was (around 1978) fully informed of the presence of aliens on Earth. He revealed about 75% of what he knew about ET to the then Russian president, Mikhail Gorbachev. He then started to be very friendly to us, which I found quite strange to me personally.

The report considered CNN the number one message - the first half hour ran down in the labels. I remember hearing it and jumped out of my chair in surprise. I quickly inserted a blank tape into the video and recorded everything that ran on TV for the next half hour. But the message suddenly disappeared - they stopped broadcasting it. You can only guess who stopped it. The CIA must have had its fingers in it, constantly monitoring what CNN and other international news television broadcasts.

Thanks to President Ronald Reagan, we have deregulation here today. A handful of CEOs of publishing houses decide which new reports can be accepted, and they play according to CIA notes. It determines who creates a fictional version of reality and who ensures that another story is discredited. And all this so that the secret agenda of the CIA remains hidden.

Unfortunately, military advisers under President Ronald Reagan used the situation to push through the project Star Wars (1980), which included the so-called defensive shield. 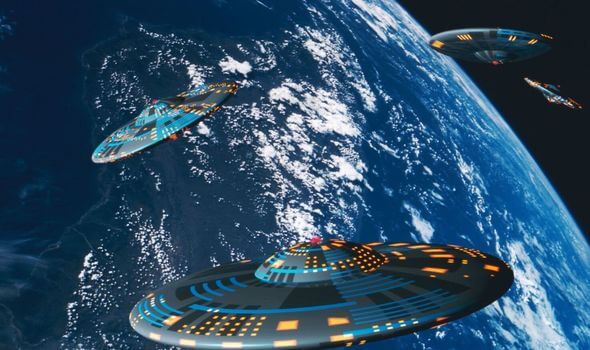 A fictitious attack by aliens 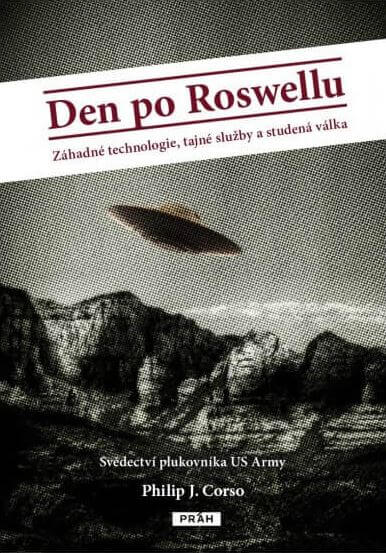 Philip Corso - The Day After Roswell: Star Wars were able to shoot down an enemy satellite, destroy the electronic warhead guidance system, and neutralize the enemy vessel if necessary. These were extraterrestrial technologies that we used to do this: a laser, weapons based on the principle of accelerated particle flow, and vessels equipped with stealth technology.

The Star Wars strategy alone and the limited deployment and testing of some components were sufficient to put the United States on the road with EBE...

Militarism as a threat to people

Dr. Steven Greer - Aliens / AH Testimony: The idea that extraterrestrial civilizations will come to Earth to impose their rule on us is pure fatalist phantasmagoria. There are still a number of lessons that we humans must learn before we go through the stages of childhood and puberty to adulthood. Extraterrestrial civilizations have been observing the development of our society for quite some time - perhaps for hundreds, or rather thousands of years - perhaps even longer. They are certainly not interested in our generation destroying the biosphere that has formed on this planet for billions of years, or else - they do not want us to destroy a world that could be here in billions of years. A world in which other intelligent life forms can develop.

AH, the man who provided us with important information from the environment of secret UFO-alien groups connected to our governmental, military and civil societies. She has friends at NSA, CIA, NASA, JPL, ONI, NRA, Area 51, Air Force, Northrop, Boeing and others. One time he also worked as a technician at Boeing.

Philip J. Corso was an Army Colonel in the Foreign Technology and Army Research and Development Departments at the Pentagon for two years in the 60s.

UFO / UAP / ET can shut down our nuclear weapons! A security threat or a call for peace?