The pyramids in Bosnia - are they really the oldest?

In October 2005 Bosnian American Semir Osmanagić claimed to have discovered in the former Yugoslavia the oldest pyramid on Earth built by advanced ancient civilization. Osmanagic believes that a group of hills near Sarajevo in central Bosnia and Herzegovina will change what we know about civilization, and claims to precede those built by the Mayans or Egyptians. The largest pyramid in Visoko named the Pyramid of the Sun with its 722 footprints is higher than the Giza pyramid.

Osmanagić founded a non-profit and non-governmental foundation "Archaeological Park: The Bosnian Pyramid of the Sun", which will continue excavations and geo-archaeological works.

The Bosnian pyramid valley is the most massive structure, the Sun Pyramid, and also the Moon Pyramid of 350 meters, the Mother Earth Temple, and the Dragon Pyramid. 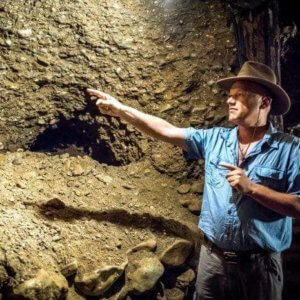 “The Bosnian pyramid valley is the most monumental building complex on the planet's surface. It was built by an unknown civilization before 12 000 years ago. ”

Today, voluntary amateur archaeologists are releasing their way to the site and participating in excavations. Other visitors believe the habitat has unique healing properties and participates meditation in botanical gardens. They believe that the mountains are of spiritual quality. For some archaeologists and geologists, the Bosnian pyramids were a source of consternation, believing that habitat is a naturally occurring formation called Flatirony. Instead of ancient artificial structures, these archaeologists consider the Bosnian pyramid to be rather pyramidal schemes. 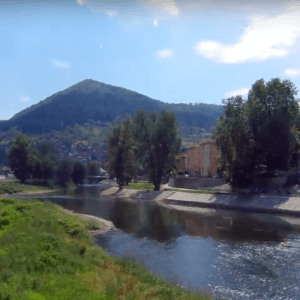 In 2006, the European Association of Archaeologists wrote an open letter to the Bosnian government condemning the pyramids as "cruel fraud on unsuspecting public."

However, criticism did not stop Osmanagić, which about a decade later claims that the Sun Pyramid is covered with concrete, which is superior to modern building materials and that the interior of the mountain is a network of elaborate tunnels, including vast ceramic statues and other ancient monuments dated 34 000 years back.

The discovery documents his claim that pyramids were created to amplify positive energy fields, the key to long life and free energy. Osmanagić also says he knows why the Bosnian pyramids were built. They claim to be energy amplifiers that are able to improve health and prolong life - as well as communication with "torsion fields" that are much faster than light. Of course, this remarkable achievement could only be achieved by a company far ahead of us. They knew the energy sources and frequencies better than we did, and also how clean and free energy could be produced.

You can learn more about the pyramids of Bosnia in the documentary Amazon Prime "Pyramid: Finding the Truth". The narrator asks whether the Pyramid of the Sun was built for religion and worship of the sun-god like the Egyptian pyramids.

Visocica or the Pyramid of the Sun has been known for centuries as the Hill of Kings in the Middle Ages, at the top of which was the royal city. The complex of tunnels under the Pyramid of the Sun shows an amazing resemblance to the religious demands placed on the Egyptian pyramids. Geologist Richard Hoyle, a member of the (Area) Foundation of the Sun Pyramids Foundation, leads a team of international volunteers today who dig up the Bosnian pyramids. Below video shared from his latest findings. Works at the site since 2010. 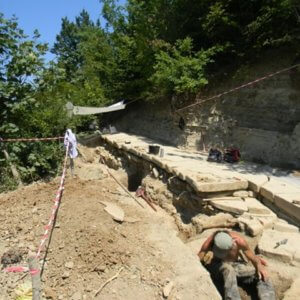 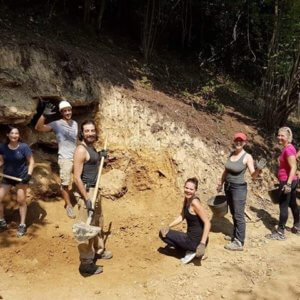 If you are interested in pyramids and want to take part in the excavations, you can learn more about it on the website Naddition bosen pyramids of the sun.

Hoyle says volunteers should be an open mind and physical condition. They should also be adventurous. Summer work starts in June 2019.

"The social side is also fun - dinner at the top of the pyramid when drinking rakiji, which is made from fruits grown on the pyramid. You won't experience this every day. ”

We will leave it to the reader to decide whether they believe these pyramids are made up of ancient people or are truly naturally occurring forms, as the European Archaeological Association believes.

Erich von Däniken: Mistakes in the land of the Maya

In the rainforest of Guatemala, archaeologists found fifteen stone plates with Mayan inscriptions. We managed to unravel this inscription: This is what the rulers of the heavenly family have left behind. What heavenly families? Where did the Stone Age get accurate information about the solar system or the distant Pluto? The gigantic town of the pyramids of Teotihuacan in Mexico, whose architecture reflects the appearance of the solar system, proves that they really knew it. Why, perhaps, the gods, whose appearance is embedded in the stones, wore astronautical helmets, breathing apparatus and keyboard cases? The publication contains 202 color photographs that will impress even the most arrogant skeptics. 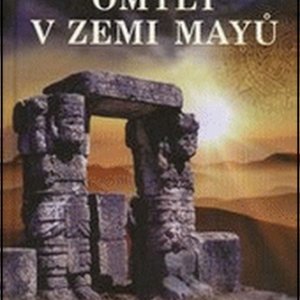 Mistakes in the land of the Maya

The Pyramids of Sicily: Forgotten Monuments of the Sea Nations?

Egyptian portal in the Andes