Reptilians: Do they live among us and take power? (1 part)

To power Reptilians have not officially entered yet, but they are definitely in the cinema. In one episode of the British "Doctor Who" series, the Silurians - representing the reptilian beings who once inhabited the Earth - appeared. The main picture is from this movie.

Pennsylvania has recently become a terrible tragedy. Thirty-one-year-old American Stephen Mineo has asked 42lette Barbara Rogers to kill him. She shot him straight into the forehead and then called the police. The woman explained to the guards his command that Stephen decided to die frightened by the domination of reptiles in the United States. For fear of these secret rulers of the world he got paranoid. The girlfriend also seems to have left her friend, otherwise she would not start shooting, but she called the rescue. The police detained her and arrested her.

It is necessary to pay attention to the case of the life of madmen, you ask? Unfortunately, yes, because Steve is not alone. According to a sociological survey from 2013, 12 millions of Americans believe that the US government is hiding Reptilians and they are not ordinary people. I think the number of believers has now increased. According to science, it forms a reptile class of turtles, crocodiles, lizards and snakes. It turned out that converting Americans are also among them.

When and where did this matter come to us? In ancient times, aliens came to Earth from star Tuban, from the constellation Dragon. Overseas aliens attacked people in the Caucasus Mountains. The Hybrids then dispersed around the world and began to reign with Earthmen. The English Queen, the US President, the Rothschilds, the Rockefellers, the Sörös are pure Reptilians, says Englishman David Icke, the author of the popular theory of the "Reptilian's Global Conspiracy." 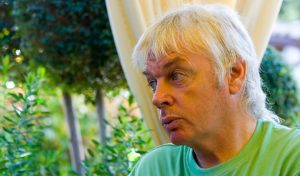 "Approximately in 2200 BC, King's Court of Dragon was founded in Egypt," says Icke. Today, about 4000 years later, it operates in England, which is the center of Reptilian control over the world. Hybridi Reptilians have been rulers of the Middle East at different times and eventually became aristocracy and royal families in Europe. The Windsor line belongs to them. If you explore the genealogy of the President of America, you will be amazed. All presidential elections, beginning with George Washington in 1789, have received mostly "clean" candidates, the standard of which is European royal blood. The same applies to all key points of power, everywhere is the same breed!

65let Icke, a former football player, wrote two dozen reptilian books. He publishes videos, travels around the world with lectures. The hall is mostly filled with graduation. He has not yet arrived in Russia, but he has been in the Baltic States and Ukraine. Everywhere people scare the plot of ominous reptiles (they are sometimes Anunnaki or Illuminati). In the past, Icke was a famous sports commentator on the BBC Channel and spokesman for the British Green Party to be able to imagine the public and trace their nerves. Spoken by:

"In Vancouver, a businesswoman came to me. She had sexual intercourse with one man when sex changed from man to plaza. Can you imagine her shock? Imagine - in a moment of orgasm, a beautiful lover becomes a disgusting lizard! How could she survive this matter? Human consciousness records this energy from time to time for a short time, thanks to which people see reptiles in their third dimension. "

However, most Reptilians, and several million, live in underground cities and win gold. Rare metal is necessary for them to increase their intellectual abilities and travel in space. Those in power give them access to gold reserves.

Icke has millions of fans not only in the US but also in other countries. But there are quite a few of his propagandists. For example, American writer Stewart Alan Sverdlov, author of "How Secret Government is Armed on Earth - Reptilians, Illuminati, Aliens and New World Order."

Stewart claims that his grandfather was the brother of the famous Bolshevik Lenin's chamberlain Jakov Sverdlov. He is said to have been sent to England to create the "Communist Party" and then transfer it to the United States. Indeed, Jakov Sverdlov had Brother Benjamin. Before the First World War, he escaped to London for exile, then moved to America and opened the bank. In 1918, Jakov Sverdlov called Benjamin to St. Petersburg, where he appointed him as Commissar of Communications for the Minister of Railways. He then served in other high places, and in 1938 he was shot as a trockist.

Did the Slavs create aliens?

"Although the Reptilians were the first colonists on Earth, they are not the only ones to interfere with the evolution of humanity on the planet."

Aliens from Tau Whale focused their attention on Siberia and Ural. Geological conditions are similar to those of Tau Ceti and its colony on Epsilon Eridani. Aliens added their DNA to the human species and created Slavic peoples. In the 1950s, the Soviet Union signed an agreement with aliens to build their bases in Siberia and underground in the Urals. That is why Sverdlovsk, named after my uncle, was the first redeemer of the Soviet Union. It was a closed city. (Jakov Sverdlov, as head of the Central Executive Committee of the Communist Party, was formally the real head of Soviet Russia.

From 1958 to the 1980s, many experiments have been carried out on the effects of radiation on humans. U2 American spy planes were immediately shot down at the beginning of the 1960s as they attempted to disrupt the territory and learn about secret extraterrestrial activities.

Now you can understand why Djatlov's group at the Urals in 1959 was liquidated ... 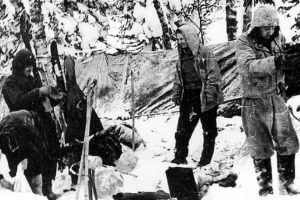 "Reptilians perform a series of rituals and ceremonies, masked in human form," writes a descendant of Soviet Russia's representative, Stewart Sverdlov. He says most of them are world leaders and business directors, they are the elite of the planet. They normally feed on human blood and their hormones. Otherwise, the reptilian brain would activate its own DNA, Reptilians would be deprived of power in the world and would look like lizards. Thousands and thousands of people lose each year as victims of their bloody rituals. Sex increases the Reptilian's energy needs. That's why they started spreading pornography, homosexuality and all sorts of sexual orgies on the planet. AIDS is also their job.

"Reptilians are also standing for famous murders, such as John F. Kennedy and Princess Diana," says Sverdlov. They are preparing many catastrophic scenarios around the world. Place, date and certain dead people - everything has its ritual meaning.

Editor's Note: This series is taken with a reserve, it is written to think about the possibility of manipulating human thought and the desire to believe in a higher power.

Reptilians: Do they live among us?

Reptilians: Do they live among us and take power? (2 part)