The world is making progress towards promoting nature and becoming more green. Industry has been set up, people have embarked on real estate construction, and governments are constantly reaching major milestones in health, education, energy and transport. This development has enabled countries to provide their citizens with a better economy and life. However, this has no impact on the environment.

Global warming and environmental degradation are one of the impacts facing the world. Thus, the environment is particularly threatened by the increase in the number of manufacturing industries, the expansion of modern transport and residential buildings. Despite these environmental risks that come with development, there are countries that work hard to reduce these factors and keep their environment green and healthy.

Here are 11 countries that were identified as the greenest in 2018:

Iceland is one of the countries that takes its environment very seriously and invests in its sustainability. It was rated as one of the greenest countries in the world. In addition, it is at the forefront of implementing programs that are environmentally friendly. It boasts the 93,5 Environmental Performance Index.

It focused on the production of electricity and heat using the geothermal landscape. Iceland has also played an important role in the fight against ocean pollution. They are sure that the waters are kept clean and that fishing is carried out while giving priority to environmental protection. 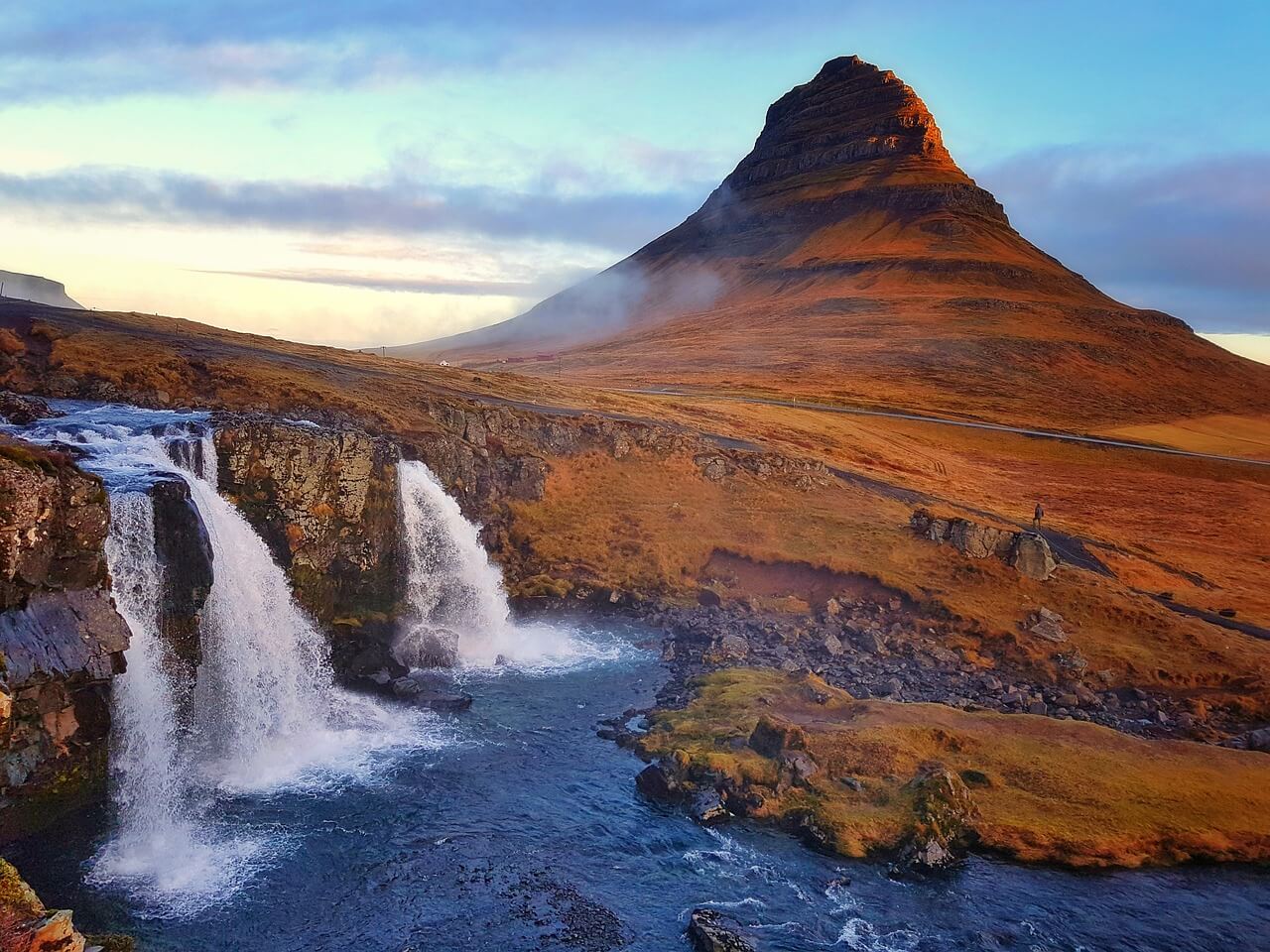 Switzerland is the second greenest country in the world with the 2019 environmental index in 89,1. It has introduced various measures to ensure that the environment is kept clean and sustainable. The establishment of the Alpine Park is one of the steps they have taken. In addition, the country has focused on producing resources by using renewable energy sources, a step that also supports the green economy.

Over the years, Switzerland has made laws that have allowed agricultural countries to develop and prevent them from being used for infrastructure development. These contributions made this country green, because the natural environment was and is kept safe. Clear air, beautiful lakes and mountains are notable features that make this place prominent. 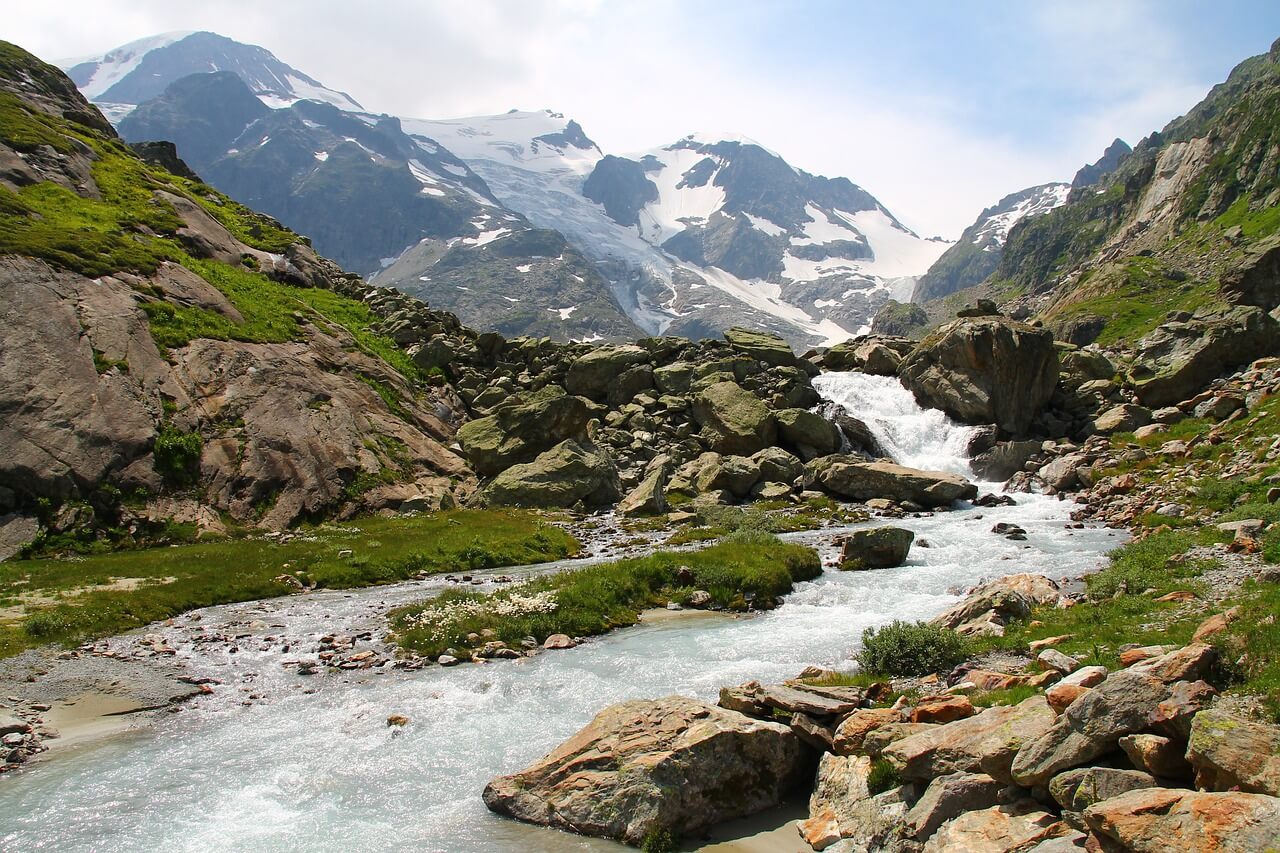 Costa Rica is popular for its stunning scenery and equally interesting landscape. Green in its environment is clearly visible at first sight. It boasts the 86,4 Environmental Protection Index. The country has put in place strict measures to prevent air and water pollution and believes it will achieve a carbon-neutral environment by 2021. 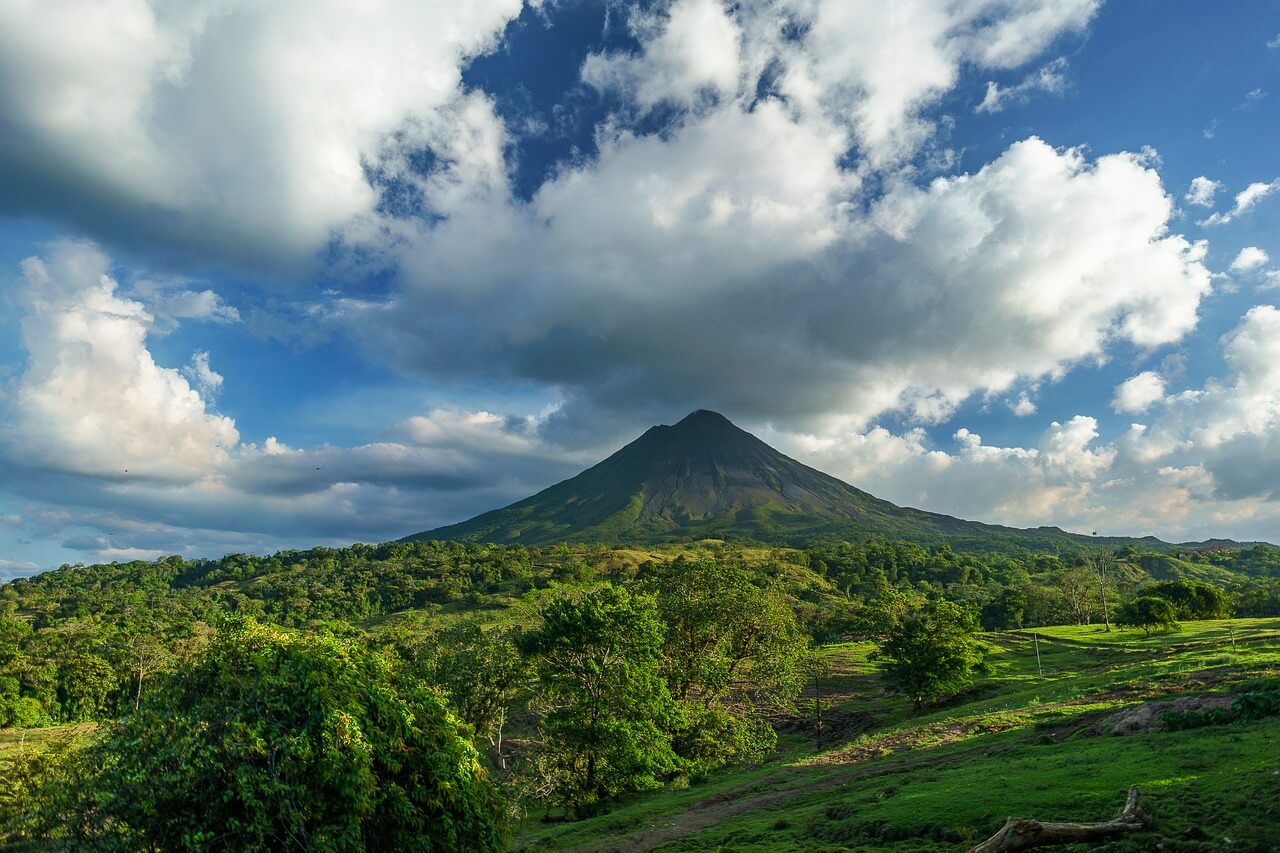 Sweden is one of the greenest countries in the world with the 86,0 environmental protection index. The country plans to eradicate the use of fossil fuels by 2020. This step is to prevent environmental pollution. What's more, they have adopted the use of environmentally friendly renewable energy to make the environment natural and safe from pollution.

The use of renewable energy sources makes a significant contribution to reducing carbon emissions in the air and thus to a cleaner and safer environment. The most important action is the partnership between Sweden and neighboring countries, in particular by taking responsibility for the protection of the Baltic Sea and the protection of the overall ecosystem. Sweden's environmental management body is among the best, and this has contributed to keeping Sweden green. 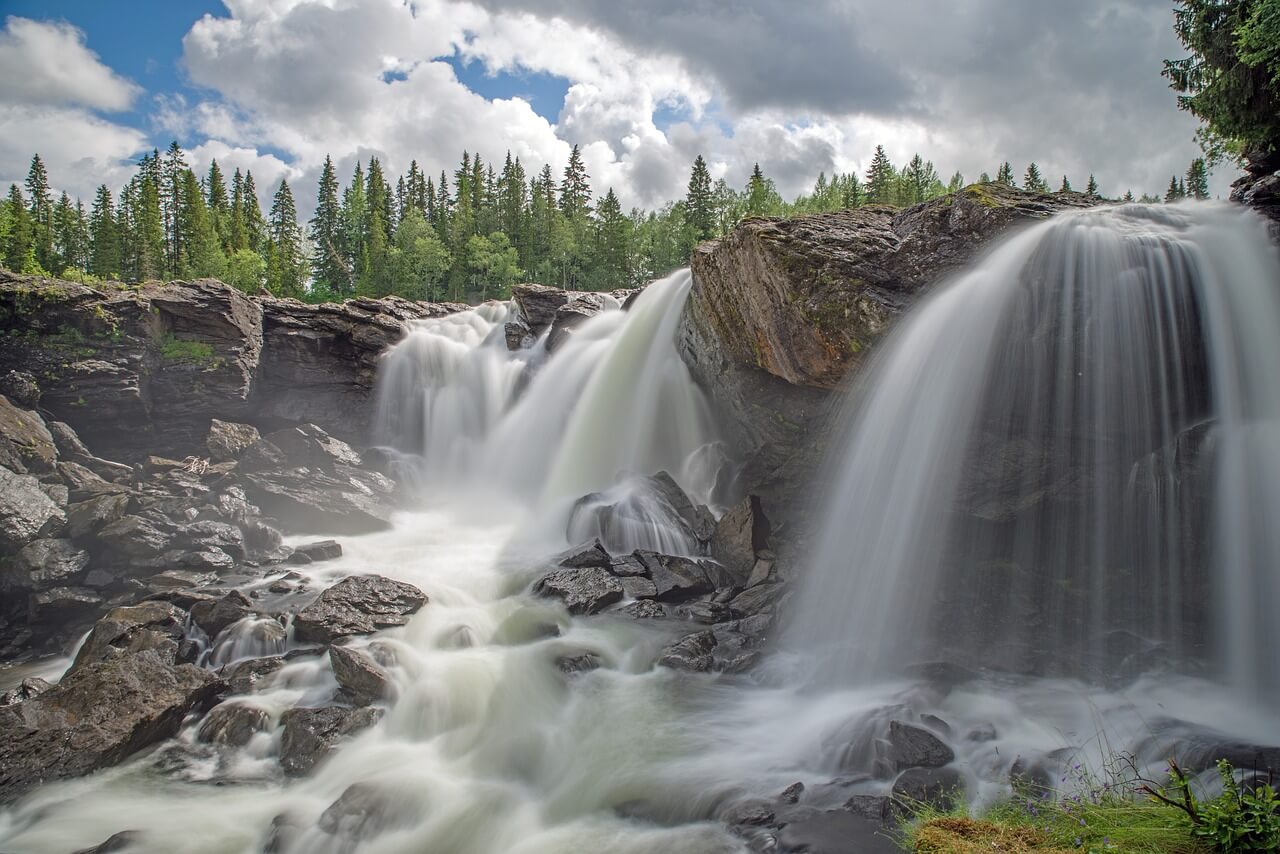 By 2030, Norway is implementing sustainable development strategies and environmental laws to contribute to the realization of a carbon neutral country. The most interesting thing is that Norway has had a relationship with nature since early youth. Children from an early age learn how to live together with nature and protect the environment. In addition, Norway uses environmental expertise to keep its environment clean and safe. 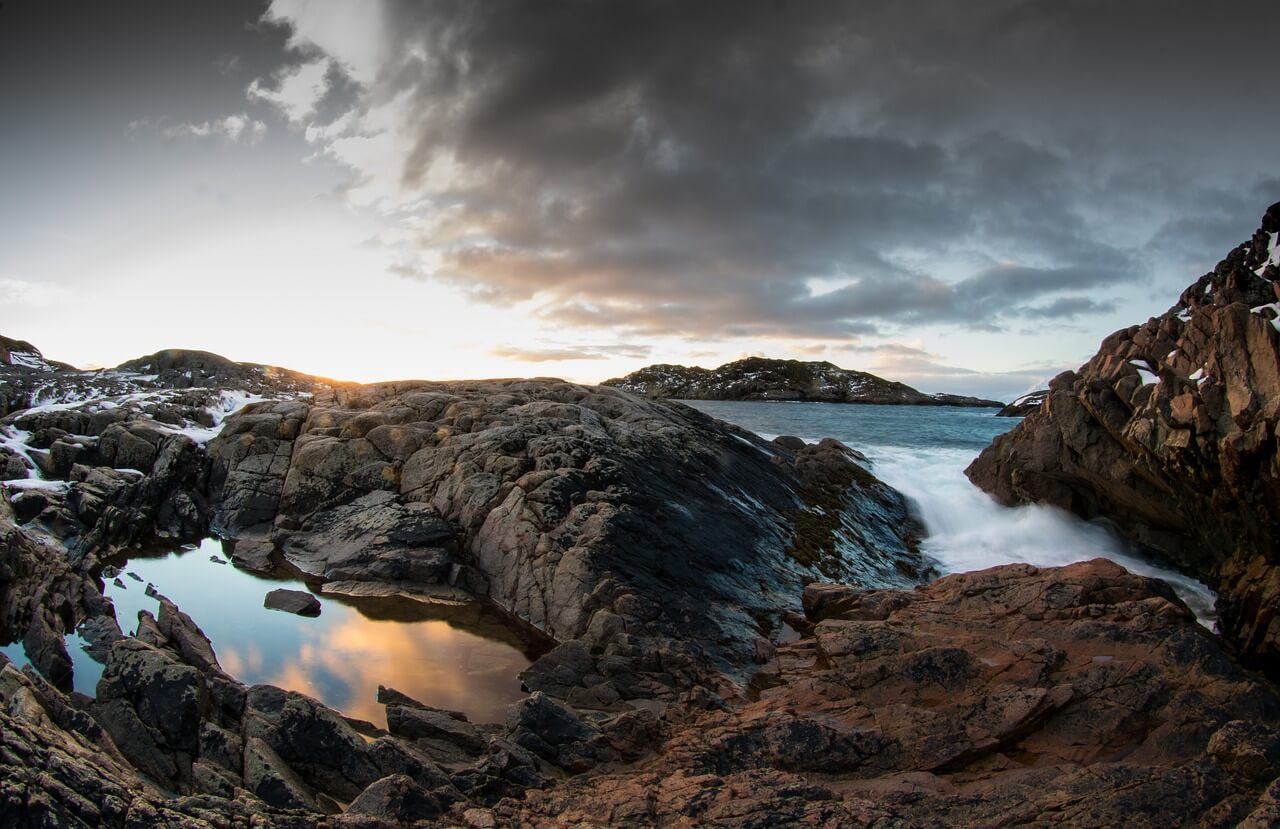 Mauritius, a small island country in Africa, has played an important role in maintaining the greenery of its environment. It has an environmental performance index of 80,6. Mauritius is an island that has worked tirelessly to protect its ports. It set protection laws that reduce pollution levels while promoting environmental protection. 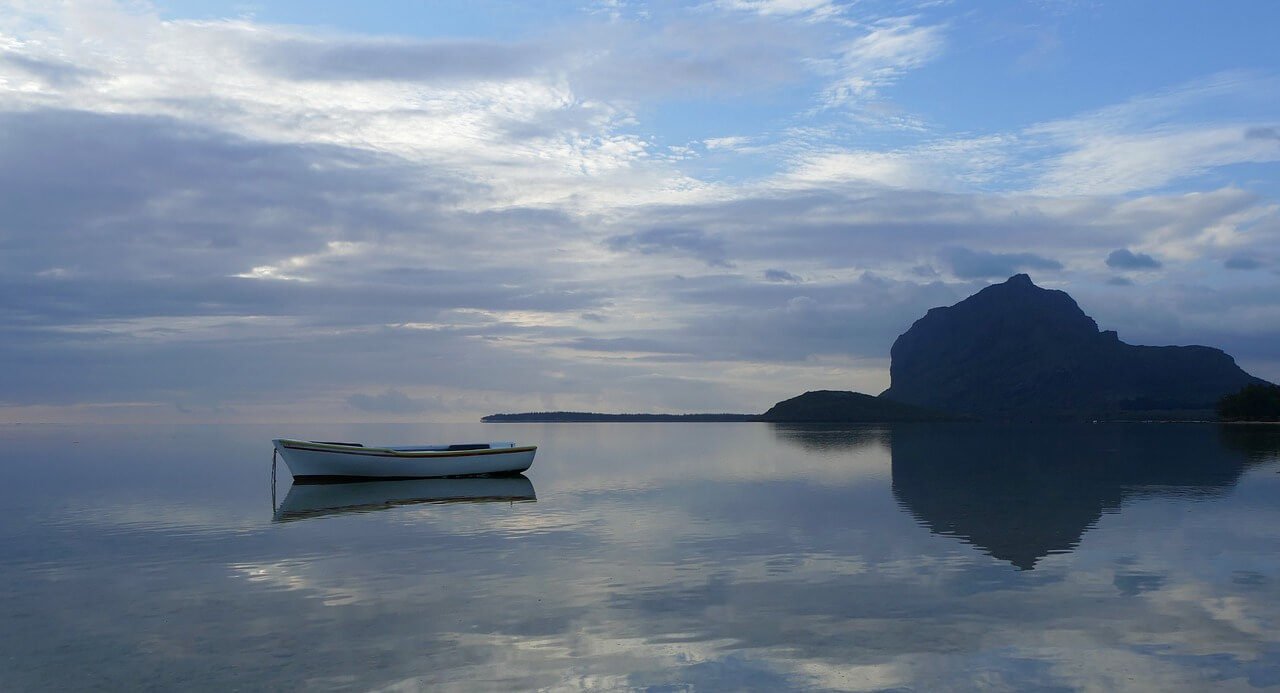 Nicholas Sarkozy's contribution played an important role in making France one of the greenest countries in the world. He introduced legislation that made it binding on the whole of France to engage in an environmentally friendly country and to save energy. France has the environmental index 78,2. France has been endowed with very fertile soil and is one of the leading exporters of food. That's also why Franci makes wine, thanks to his grape fields he has.

The country has fewer industries than other countries, which has contributed to reducing air pollution. Over the years, France has been working on de / industrialization - a step that has seen an improvement in the state of the environment in the country, as water pollution has been significantly reduced. In addition, France has promised to change its use of resources and production methods in order to maintain a healthy environment. 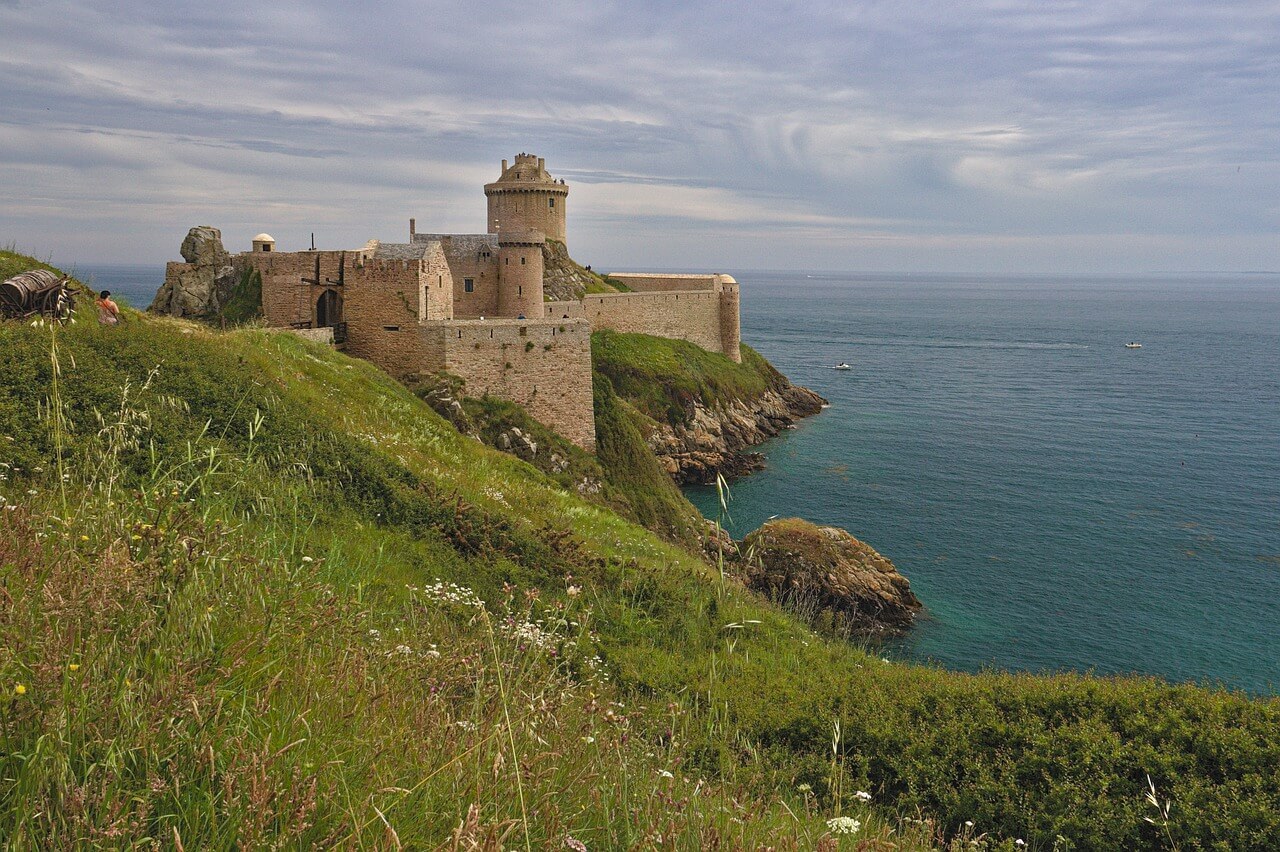 Austria has the environmental performance index 78,1. This index achieves tireless efforts to maintain healthy natural conditions in its environment. Austria's main actions include environmental protection on the social and economic policy agenda.

Austria has also worked hard in sectors such as waste management and chemical and air pollution to prevent environmental pollution by these pollutants. Austria has also incorporated environmental knowledge into its agriculture to prevent pollution. This was underlined by the reduction in pesticide use. It also introduced measures to protect forests and reduce deforestation. All this contributed to becoming one of the greenest countries in the world. 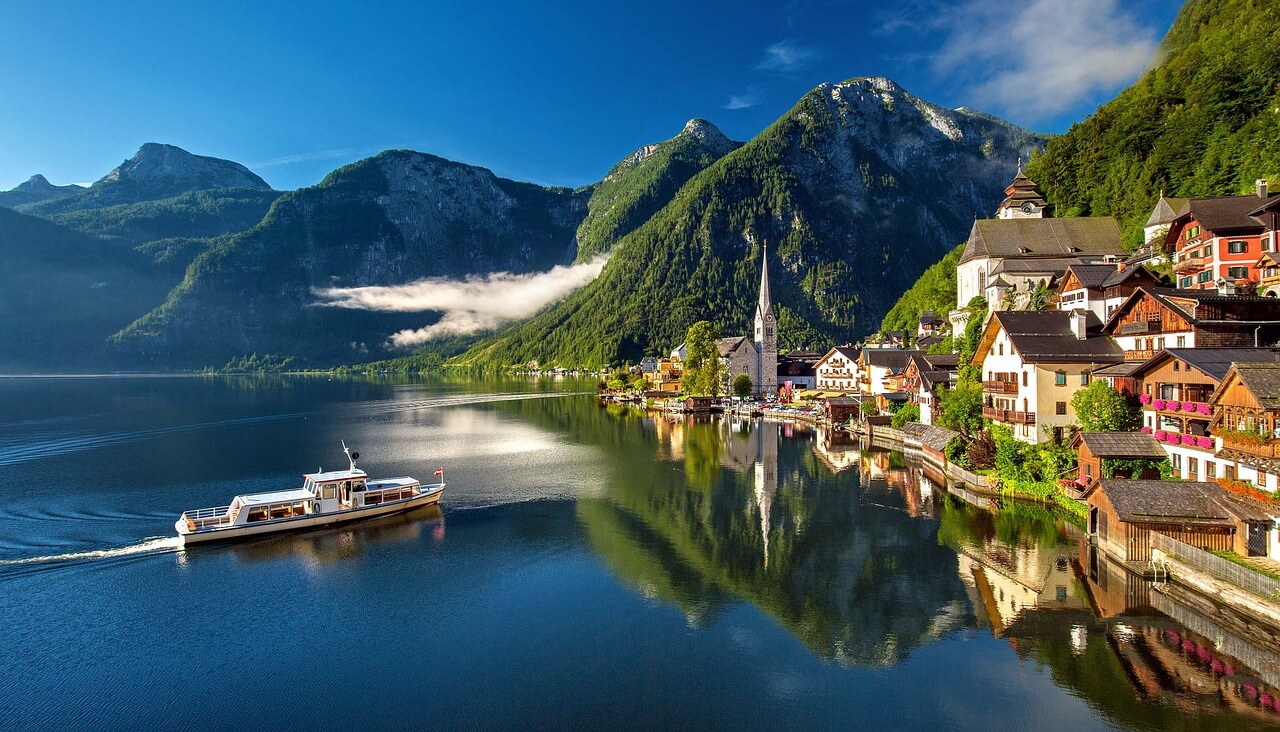 Cuba is not left among the countries that are among the greenest in the world. This is evidenced by the 78.1 environmental protection index. Cuba has worked hard to maintain its environment in a green and safe environment by reducing the use of pesticides on agricultural land, as they are chemicals that negatively affect the environment.

Sea level has also been lowered to protect the soil from excessive salt that could destroy it. Environmental awareness is also taught in schools so that children can learn and practice it to maintain the environment. 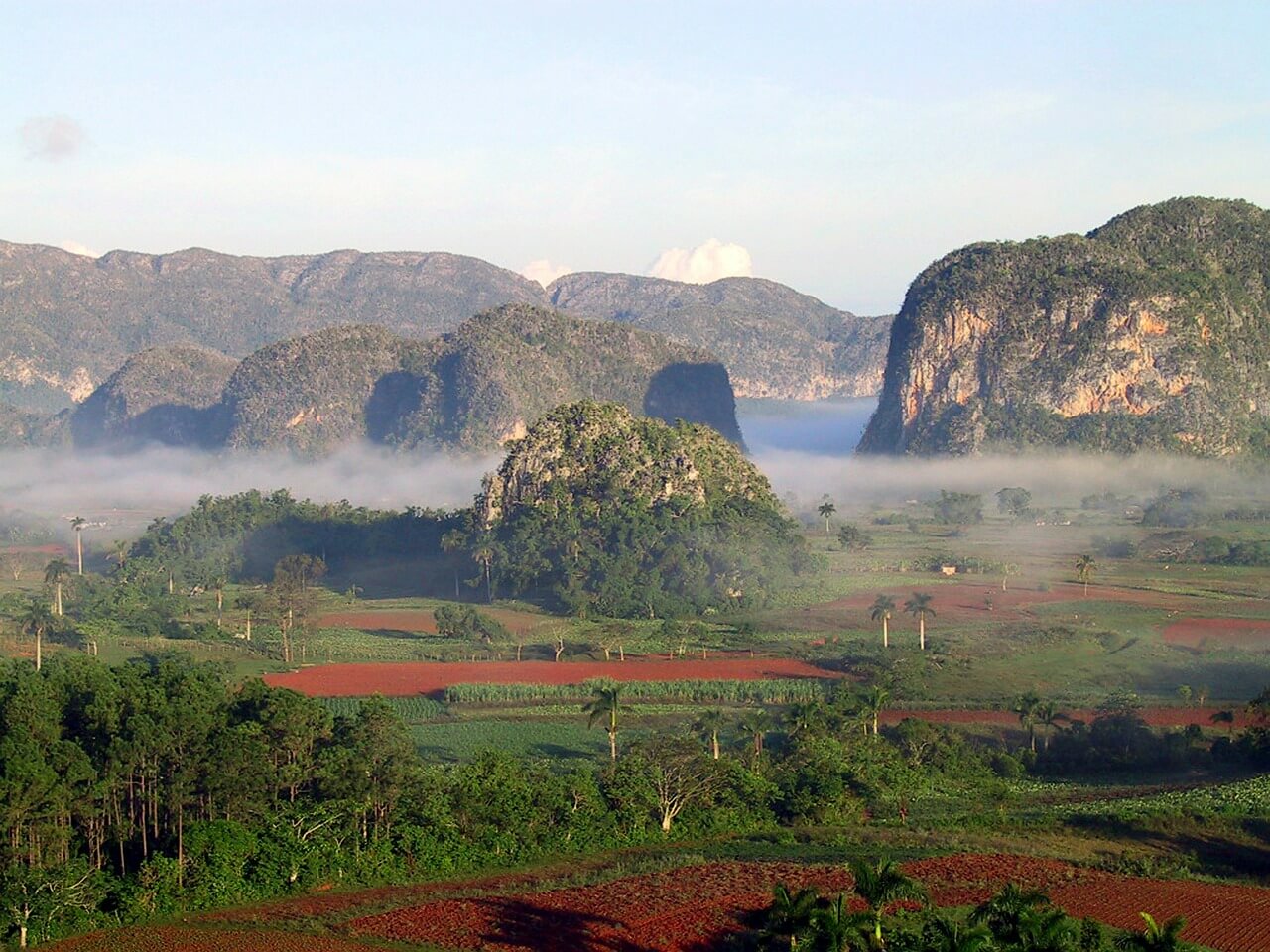 Colombia is a beautiful country that has been endowed with stunning scenery and vegetation. Colombia is endowed with the Amazon forest, tropical rainforests and deserts. It also has thousands of animal species living in its ecosystem. Similarly, policies and regulations have been developed to protect the environment and preserve biodiversity.

Despite being initially accused of destroying their natural environment, they worked tirelessly to regain lost glory by making laws that promote environmental sustainability. It has the 76,8 environmental performance index and is one of the greenest countries in the world. 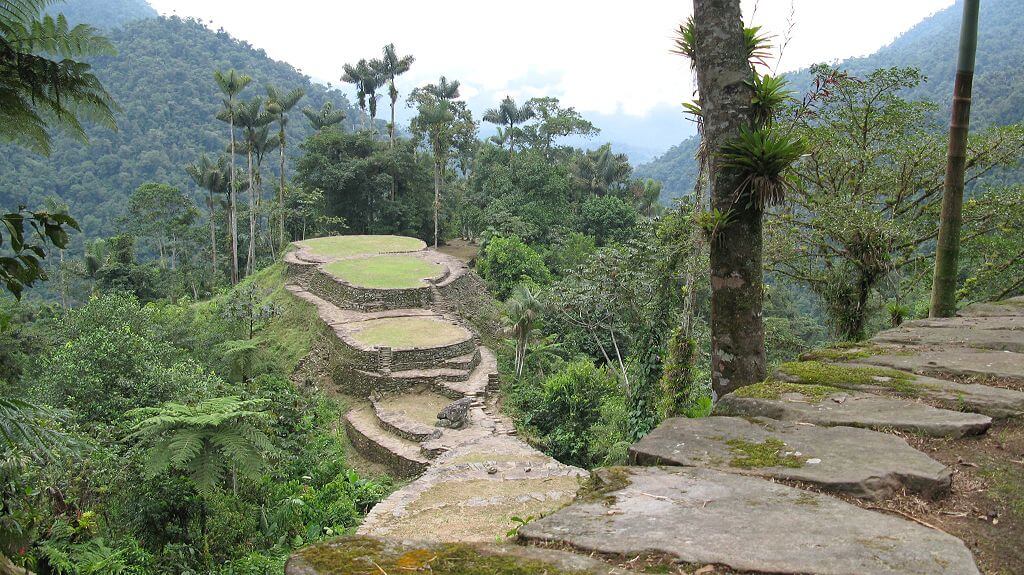 Finland completed the top eleven of the world's greenest countries for the year 2018. In 80. Finland was known for its high nitrogen emissions and other environmental degrading activities. However, improvements have been reported over the years as countries seek to restore their environment. 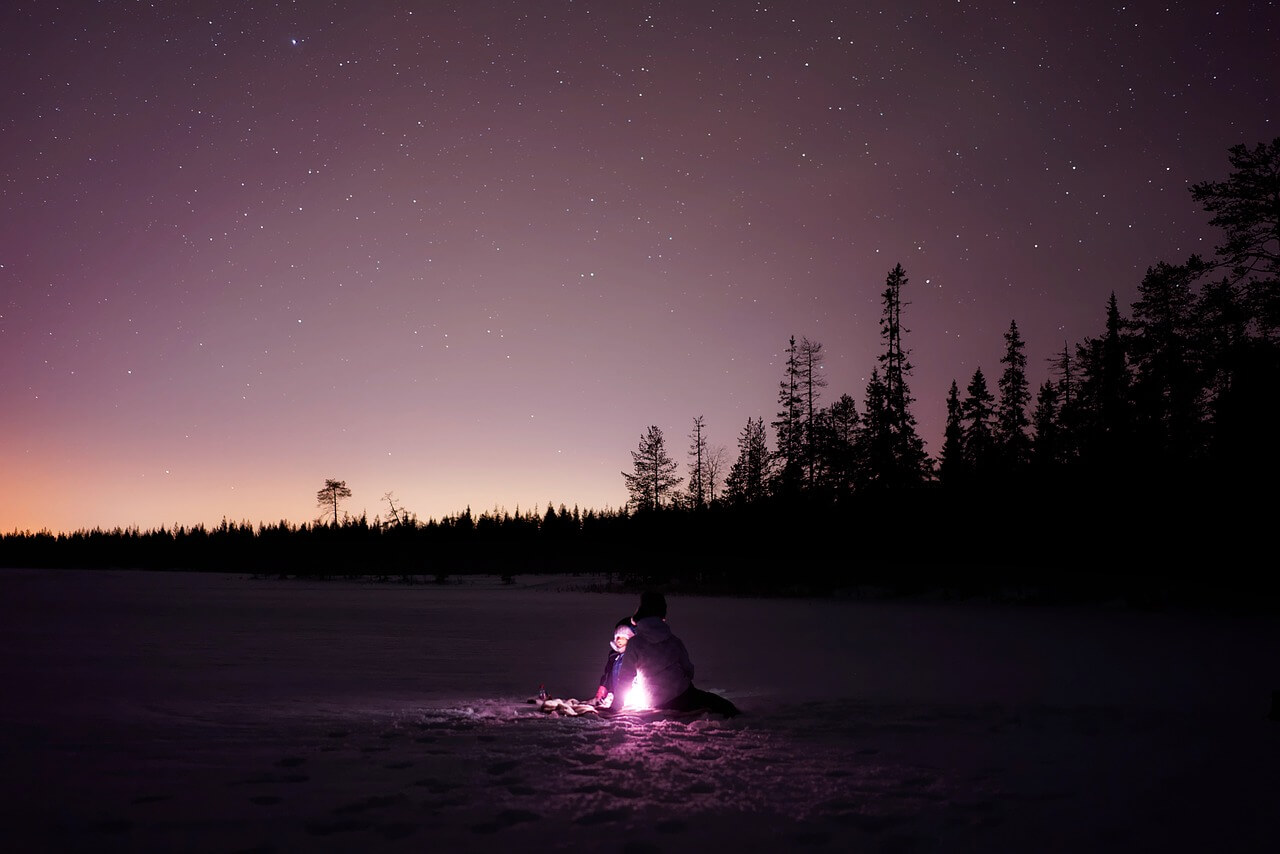 Referring to their recycling and composting systems, this index highlights Portugal's focus on using renewable energy sources and teaching children in schools towards "carrying out daily environmental efforts".

The BBC emphasizes that Portugal is "the first leader in investing in a full network of electric vehicle charging stations (which until recently was free of charge) and has motivated citizens to install solar energy and lower-energy renewable energy sources and to sell energy back into the grid".

The index also mentioned "electric scooters”, Which are increasingly seen in Lisbon as an environmentally friendly way to travel through the capital.