Unifying experiences occur most often in situations where they are experiencing positive attitudes, but can also occur in circumstances that are very unfavorable, threatening and critical to the individual. In such cases, the self-consciousness happens to be severely disrupted and paralyzed, rather than melt and transcend. This is caused by severe acute or chronic stress, at a time of great emotional or physical suffering or at risk of life. People in deep depression in a serious life crisis that lead them to the brink of suicide can suddenly feel the intense feeling of spiritual opening and go beyond the threshold of their suffering. Many other people will discover mystical areas during near-death experiences, if they get an accident, get hurt, get a dangerous disease, or undergo surgery.

Death - an event that ends our individual body life - is a very logical interface with the transpersonal area. Events leading to death, related to it and following it, are a frequent source of spiritual opening. Suffering from an incurable illness and ending with death or intimate contact with dying people, especially with close friends or relatives, easily activate their own thoughts about death and transience, and can become an instrument of mystical awakening. The preparation of the Vajrayana monks, Tibetan Buddhism, involves the requirement to spend a lot of time with the dying. Certain Hindu tantra traditions include cemetery meditations, dead burn sites, and close contact with dead bodies. In the Middle Ages, Christian monks were required to imagine their own deaths during meditation, as well as all stages of the disintegration of the body until the final disintegration into dust. "Think of death!", "Dust of dust!", "Certainly is death, uncertainty of her hour!", "So the mundane glory ends!" It was more than a morbid indulgence of death, as some modern people in the West could see. Near death experiences can trigger mystical states. If we accept transience and our own mortality at the deepest experience level, we will also discover our part, which is transcendent and immortal.

Various ancient books of the dead provide detailed descriptions of strong spiritual experiences at the time of biological death (Grof 1994). Modern research on thanatology, death science and dying has confirmed a number of important aspects of these reports (Ring 1982, 1985). They show that about one third of people who have come into close contact with death have experiences of intense visionary states, including a projection of their own life, a journey through a tunnel, encounters with archetypal beings, contact with transcendental facts and visions of divine light. In many cases, these are credible extracorporeal experiences, in which the detached consciousness of the person concerned perceives exactly what is happening in different nearby and distant areas. Those who survive such situations typically experience deep spiritual opening, personal transformation, and radical changes in life values. In his fascinating research project underway, Kenneth Ring (1995) explores the near death of blind people since birth. These people confirm that they are able to observe their surroundings when they lose their corporeality.

When talking about initiating unifying experiences, let's not forget the particularly important category - the situations associated with human reproductive function. Many people, both men and women, describe their deep mystical states in making love. In some cases, intense sexual experience can truly be a tool for what Old Indian Yogi texts describe as the awakening of the Kundalini Shakti, or snake power. The Yogis look at the Kundalini Shakti as a cosmic creative energy that is female in nature. It is stored in a latent state in the cross country of the spine of the human body until it is awakened by a spiritual leader - a guru, meditation practice, or some other influence. The close connection of spiritual energy and sexuality plays an essential role in Kundalini Yoga and Tantric Practice.

In the case of women, the situation associated with motherhood can be another important source of unifying experiences. By conception, pregnancy and childbirth, women are directly involved in the process of cosmic creation. For
favorable circumstances, the sanctity of this situation becomes apparent and is perceived as such. It is not unusual for a woman to feel a mystical connection with a fetus or an infant during pregnancy, childbirth and breastfeeding
even with the whole world. In the next part of the book we will return to the relationship between mysticism and the trio of birth - sex - death.

Other important triggers of unifying states are effective techniques capable of triggering changes in consciousness. Holotropic experiences have played a decisive role in the spiritual and ritual life of humanity.
Significant efforts have been made over the centuries to develop ways to induce them. I briefly recalled in the introduction to this book the old indigenous and modern "sacred techniques" as well as the different contexts of their use, from shamanism through rituals of transition, mysteries of death and rebirth and various forms of spiritual practice to modern experimental therapy and laboratory research of consciousness.

You can buy the book in our Eshop.Suenee.cz 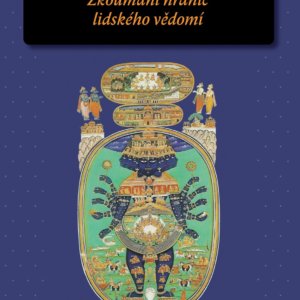 Pain rituals as a cure for a sore soul

Discover the secrets of your element