For archaeologists and historians, of course, they are hand-cut. So I said in my comments:

The result is similar to the tracks left by the attempt to cut the Asian obelisk in Egypt. One has the impression that the material has extracted the layer by layer with a huge milling cutter.

Now, let's try to compare this ancient object with what we see on the walls and the ceiling in the mines while passing heavy tunnel boring machines (TBM). 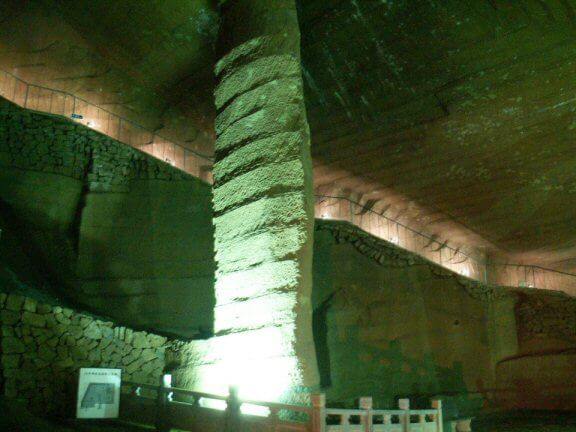 These caves were accidentally found by a local peasant who informed the authorities about them. Here I have been targeting a large number of researchers, workers from different institutions, and finally tourists. But what is astonishing: although they are the largest caves in China, created by man and not by nature, there is no mention of them and they are not included in any crown. Who and why did they create them? Where did the huge amount of stone disappear? And if the purpose of mining was, why did the caves resemble the temple? 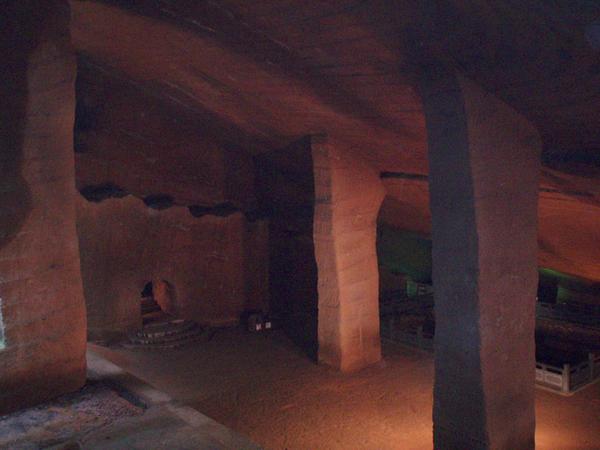 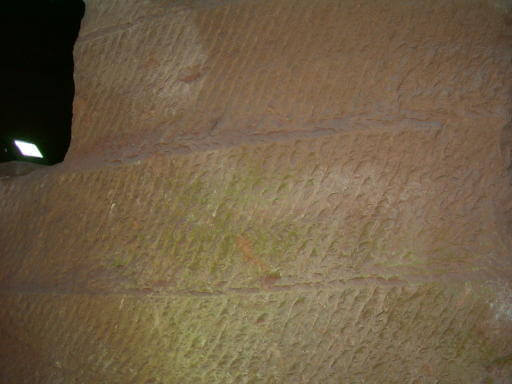 Tracks on the walls scanned near ... 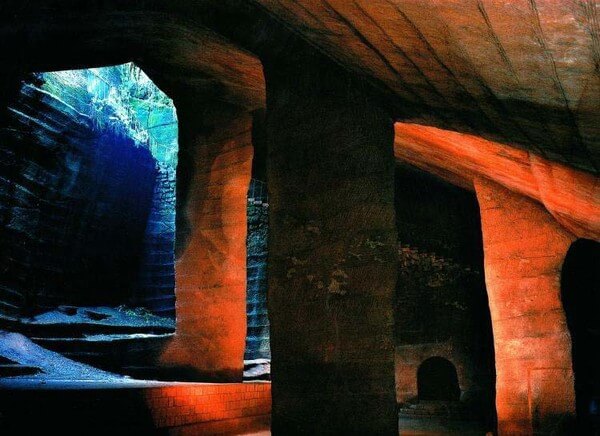 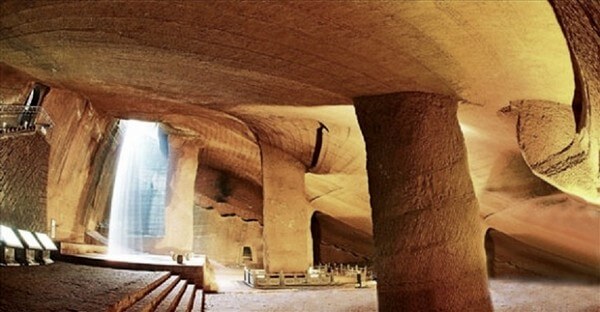 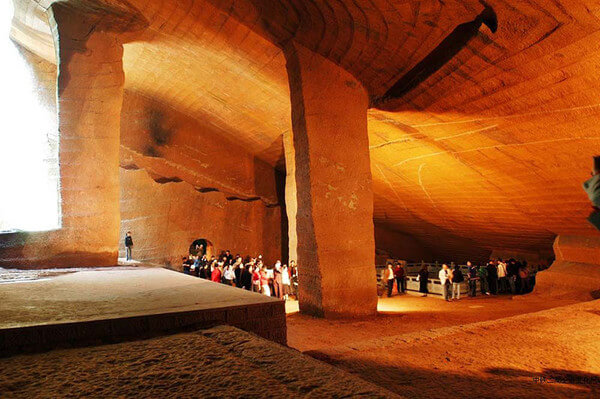 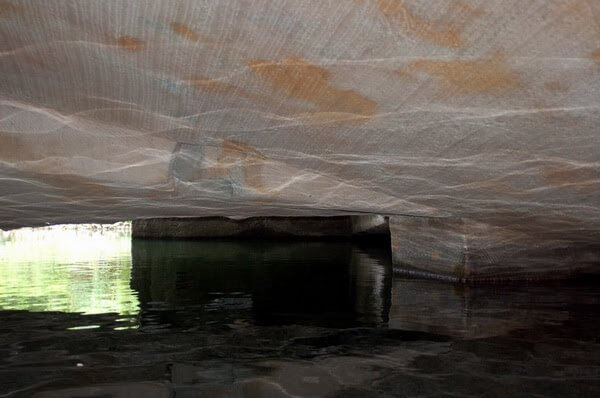 Caves before draining the water 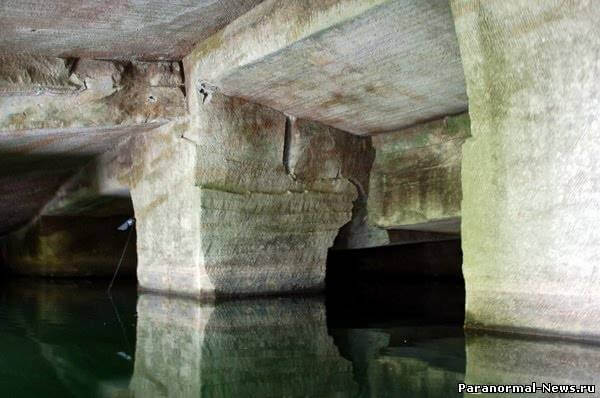 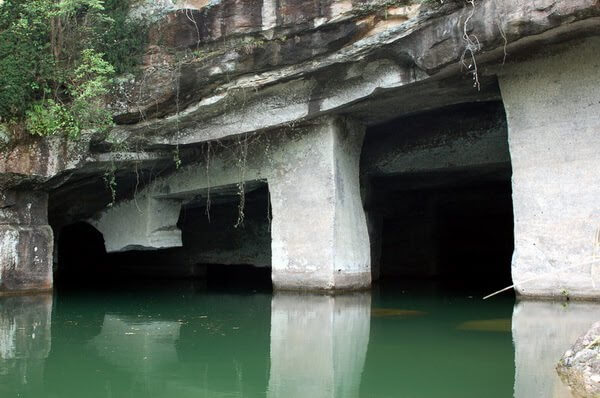 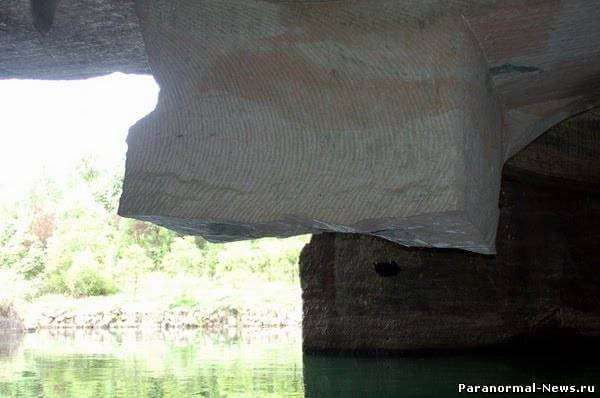 I will not formally write about these engraved lines. I write only the bare facts about the caves. I recall that, as a whole, the 24 cave is (according to other 36 data). The first was discovered (drained water) in 1992. The volume of rock extracted: a little less than a million cubic meters !!! 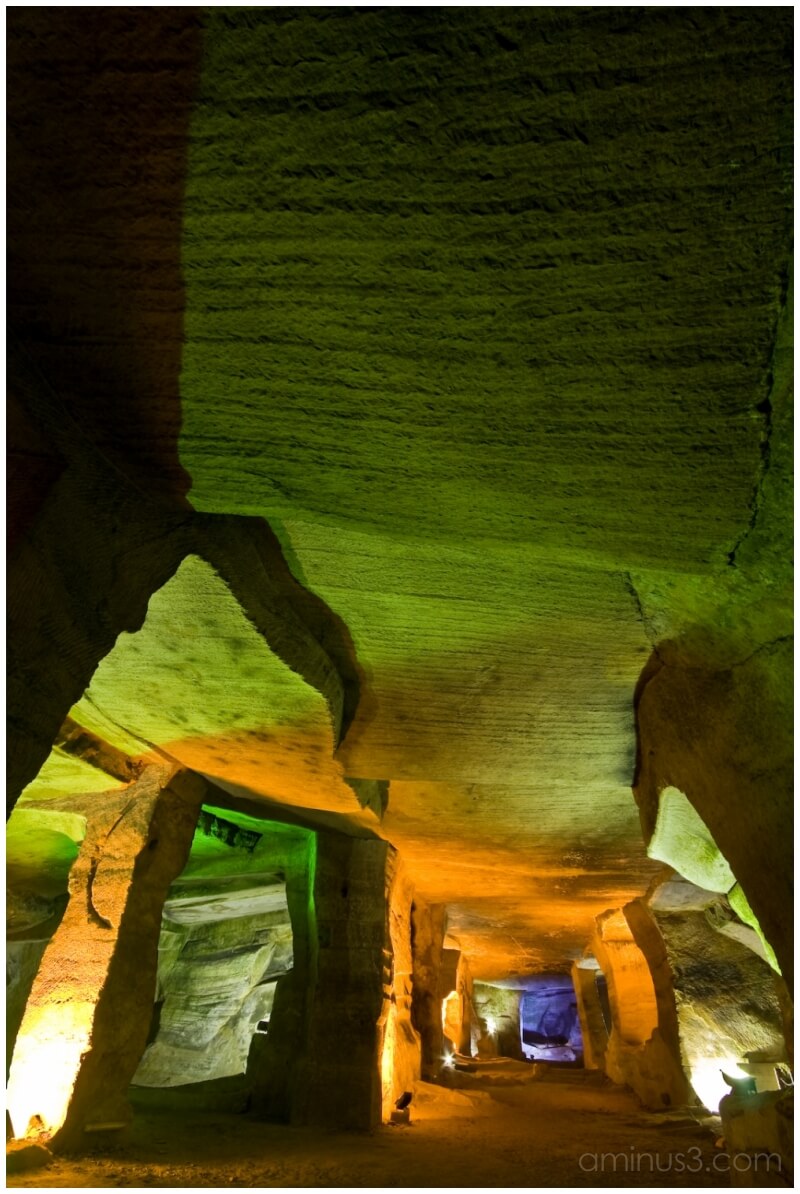 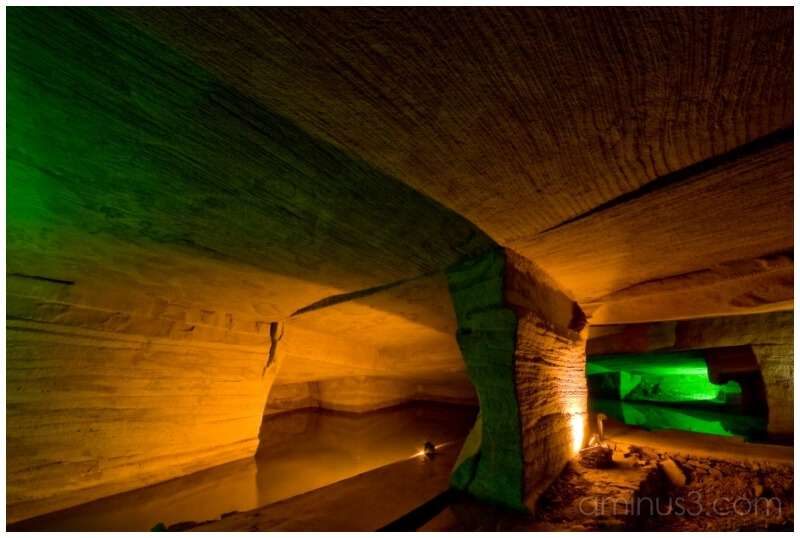 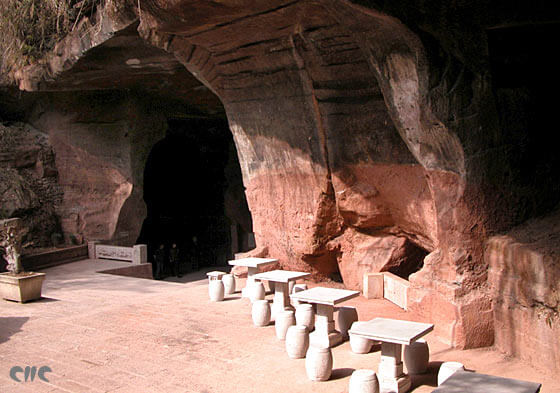 One of the caves named Huashan reaches 4800 square meters and its length is - 140 meters. Inside is a spacious hall, pillars, pools and several smaller rooms on both sides of the cave.

There is a peculiarity: the builder has been able to determine the angle of inclination of the inner walls so that they accurately copy the angle of heel of the outer surface of the mountain. What technologies were used by ancient builders to create such an unusual interior? How and how did they illuminate the inner space? 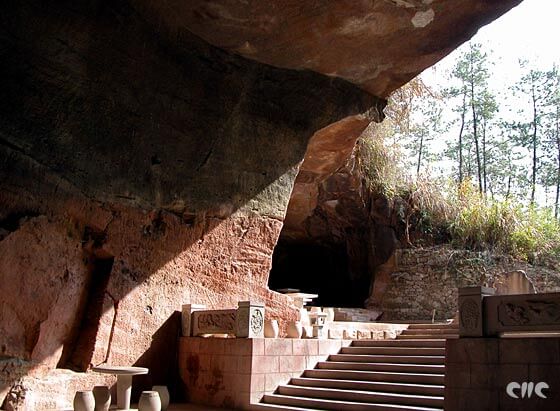 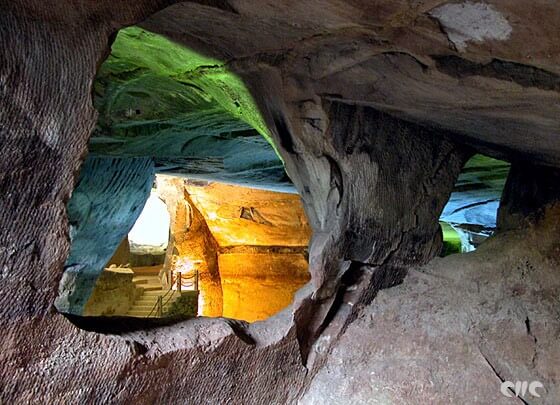 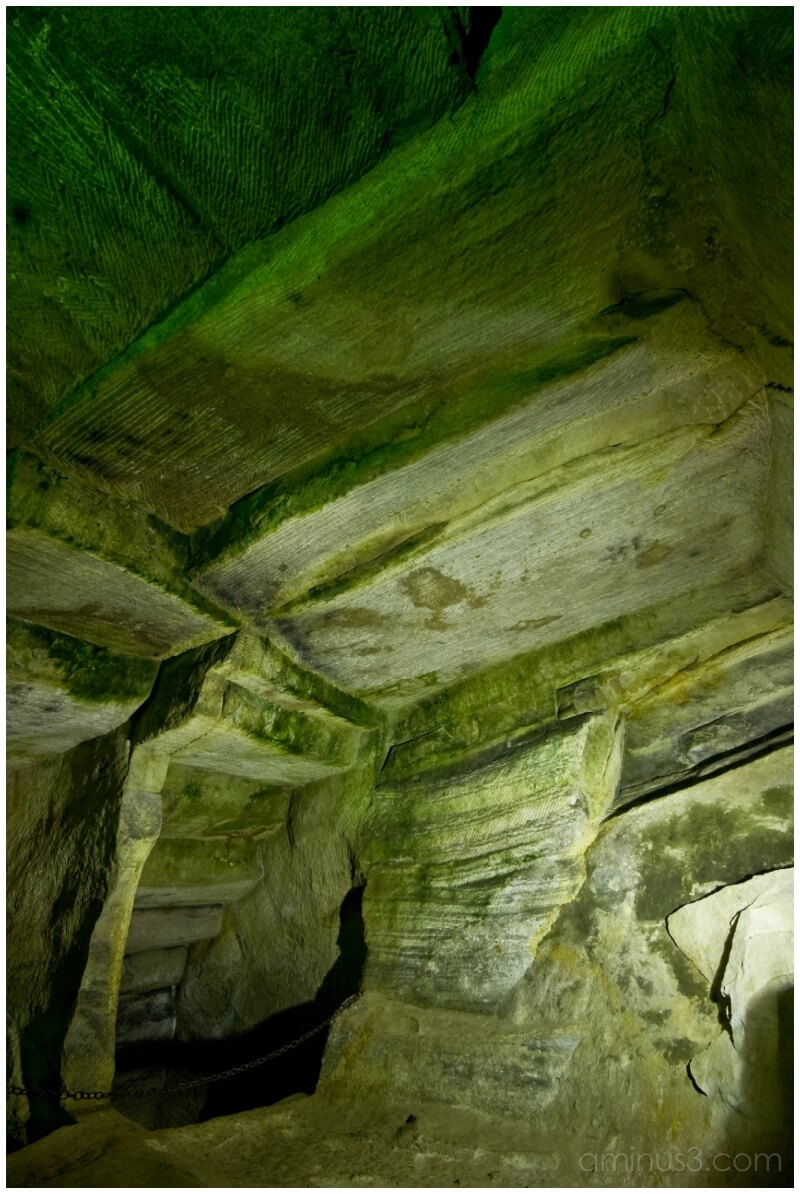 The total area of ​​only two of the caves (second and thirties market) exceeds 17000 square meters. The volume of exported gravel and soil from both caves reaches 20 thous. meters cubic. To drain 18 ths. ton of water needed three pumps and more than 12 days of work. Today, these caves are open to the public. 35 cave No. 26 has stone columns and all rooms have a bizarre, multi-layered shape.

Cave No. 35 has a depth of 170 meters and an area around 12 th. square meters. The entrance to the cave is not big. It continues through the 20 meter long corridor, and at the end you will find yourself in front of a large underground palace. In the center stands 26 of tremendous massive stone pillars, the area of ​​which is ten meters long. These columns are different, forming the shape of a triangle.

In the cave under the No. 35 there is another place that provokes undue enthusiasm among visitors. It is the wall of the cave, which extends to the ground itself at an angle of 45 degrees. It has a width of 15 meters and a length of 30 meters. 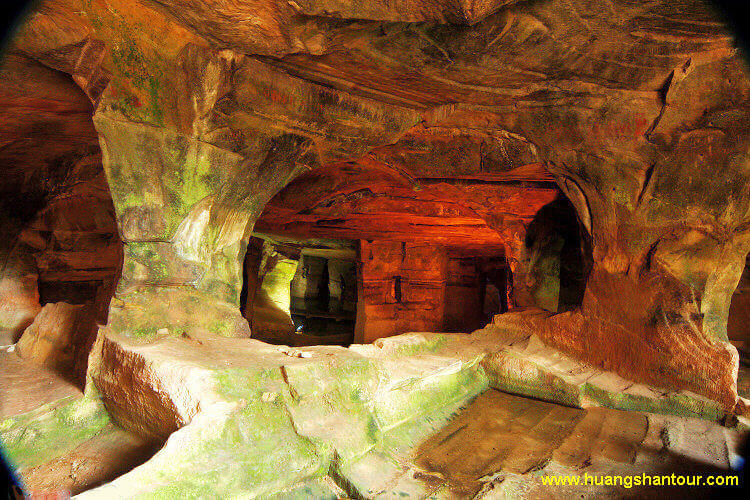 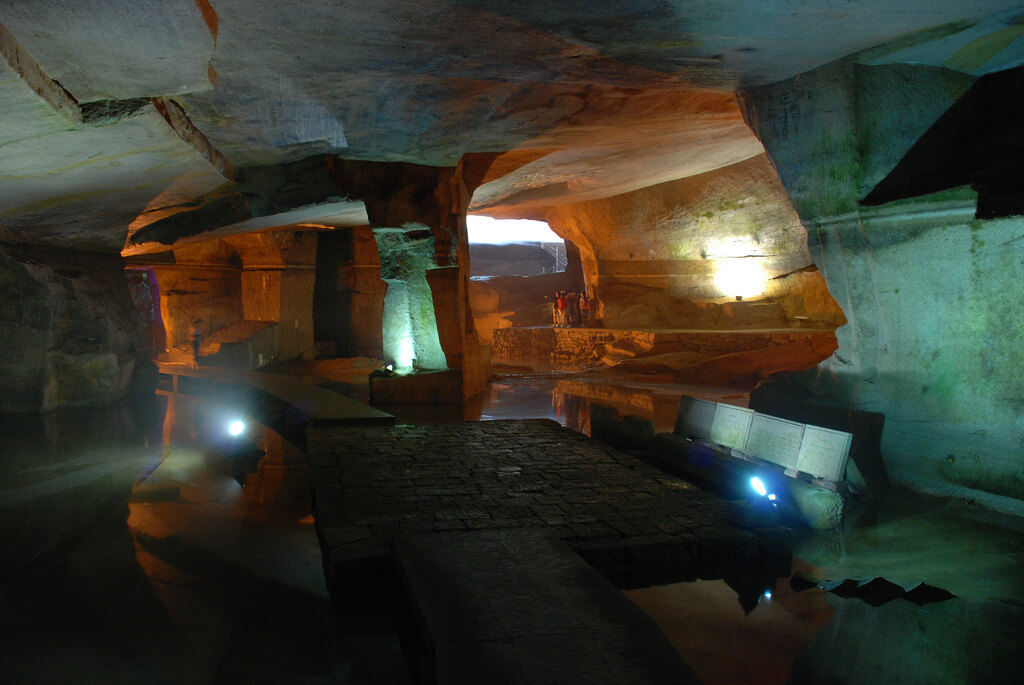 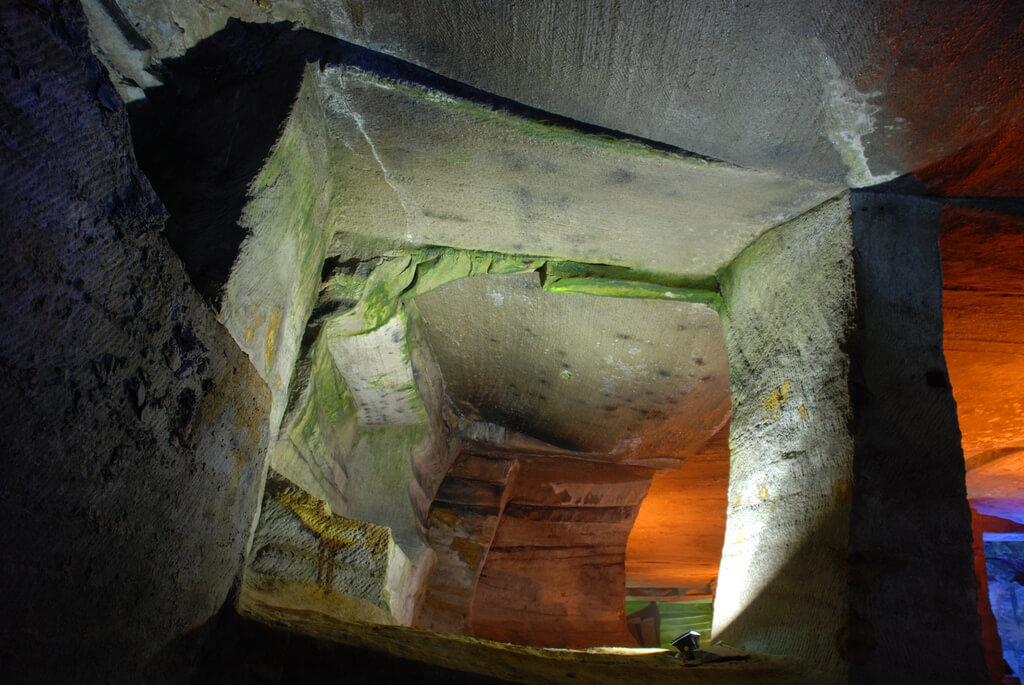 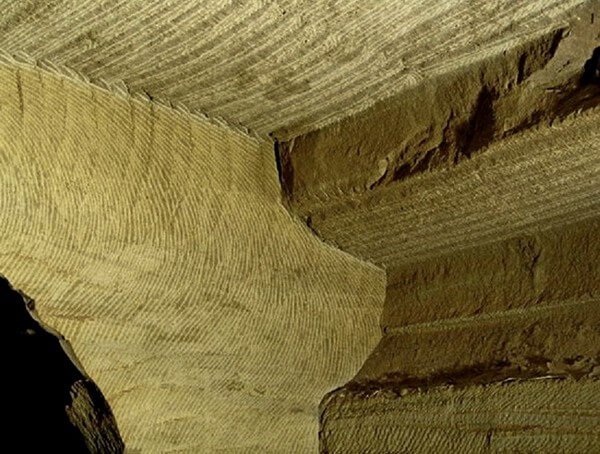 Archaeologists call it a wall cut! The question is - why? It does not make sense. Attempting to create such a line when working with a chisel - this is an unnecessary complication at work. There is no official explanation of what we see here.

And now compare with current mounds - for example, salt caves. Why just salty? Because the walls of such shafts are well visible on the TBM heavy mining machines. On other types of traces, they do not remain visible for the felling and partial climbing of the rocks. So, let's look at it ... 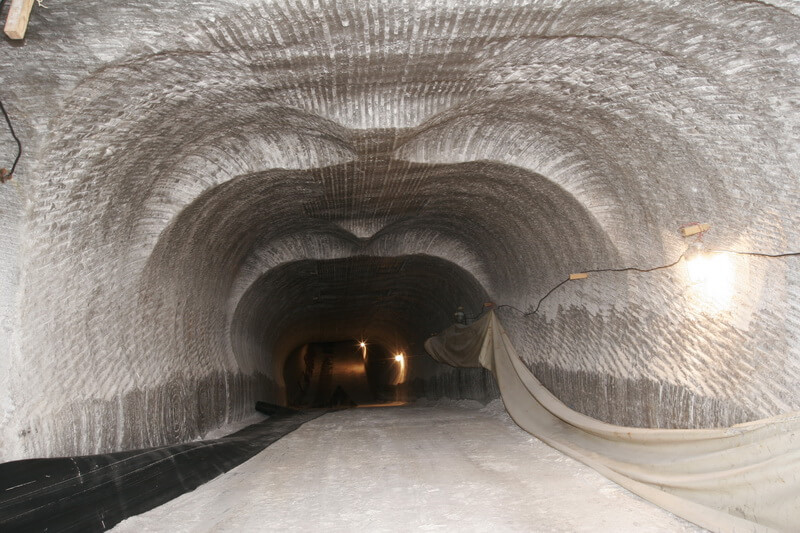 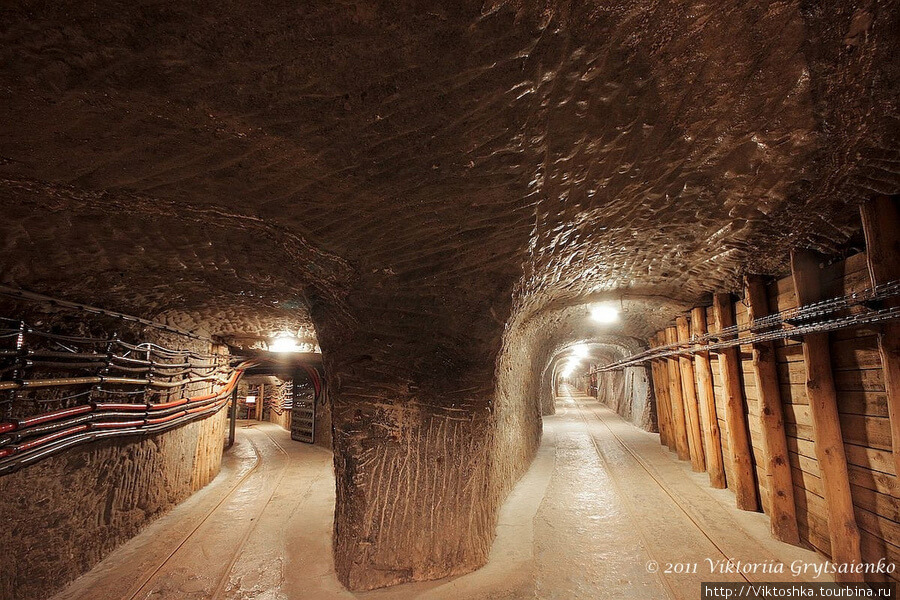 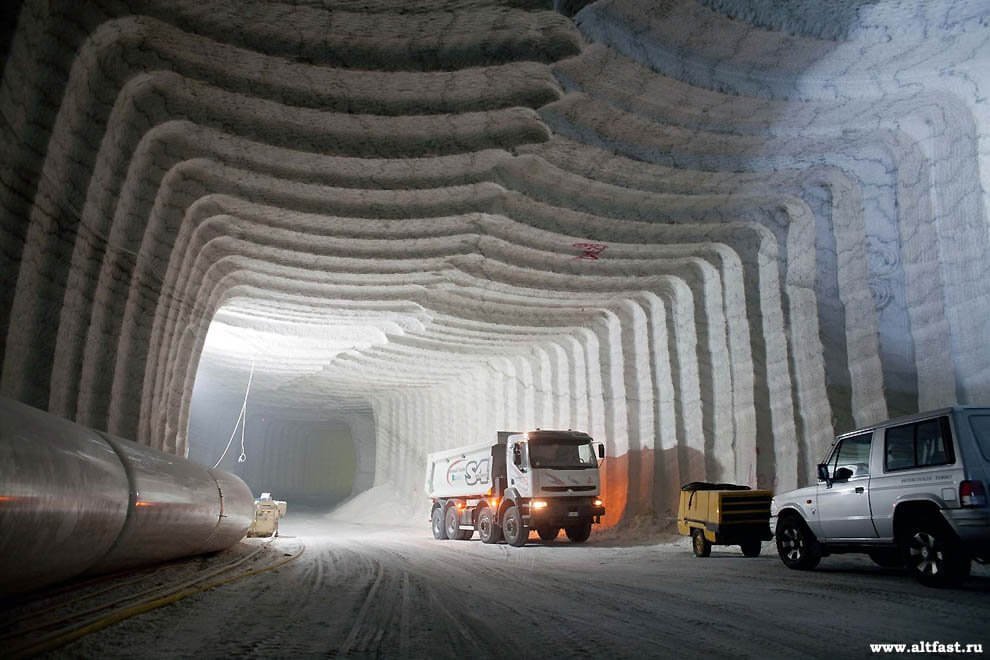 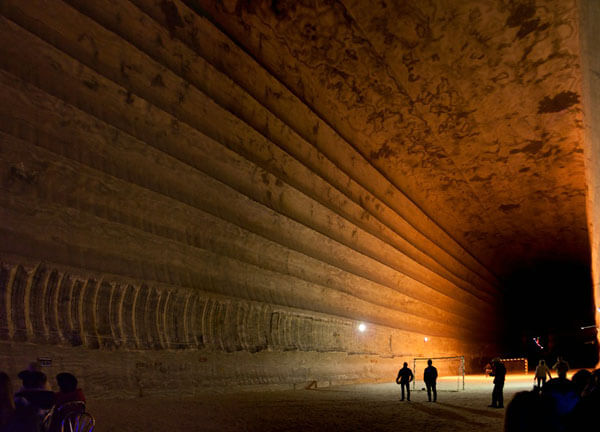