Origin of 800 stone figures discovered in Puerto Rico in 19. It was a controversial secret for more than a hundred years until scientists first explored it with the help of modern technology. And what they found could be evidence of a lost civilization.

The history of Puerto Rico is well known and understood by archaeologists. But the recent exploration of stone figures that have been guarded by a family for generations has once again unleashed guesses and raised many questions. The last member of the family died in 1870. Before she died, she gave her family secret to a priest named José Maria Nazario y Cancel, who dug the collection and presented it to the academic world, who rejected it as a fake. Nothing like these figures was ever found or seen. Neither Puerto Rico nor South America. However, the priest died in 1919.

And for decades the story of the figurines persisted, and the figurines were scattered across museums and personal collections around the world without anyone knowing where they really came from or how old they were. The truth is helped by Professor Reniel Rodríguez Ramos of the University of Puerto Rico, who was interested in trying to get to the bottom of the secret once and for all.

“I can imagine something in tune with the Dead Sea scrolls hidden in a hidden place. Only some of them know about these objects. They take care of their security and secrecy from others. ”

Have you ever heard of the Agüeyban Library?

The mysterious artifacts traveled all the way from Puerto Rico to Dr. Lab. Iris Groman-Yaroslav for wear analysis, where they were examined in more detail. Many artifacts have been held by families for generations as a family heirloom until sold or donated. Previously, museums were not so common in the city, and so it was wise that these artifacts were cared for by families. 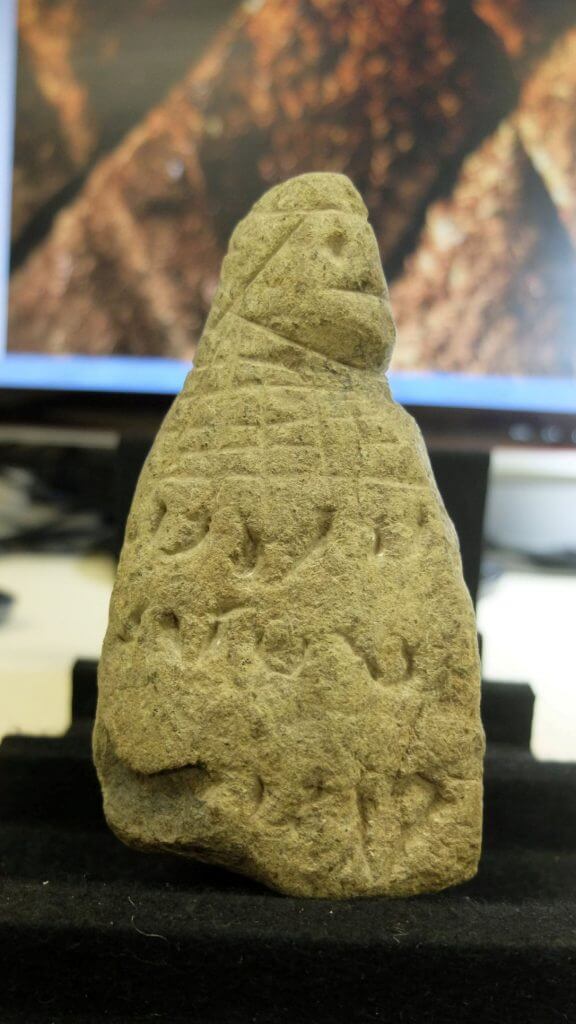 Nothing like these roughly 800 figures has ever been found, in America or anywhere else. Statues of mostly anthropomorphic form carry petroglyph inscriptions that are not similar to any known written system, including Mayan or Aztec, explains Rodríguez Ramos. The determination that the collection - known as the Agüeybana Library, or the Nazario Collection - is truly pre-Columbian and not a modern fake, supports the theory that statuettes are the remains of an unknown people.

They were probably made from a local serpentine mineral, a serpentine stone, says Rodríguez Ramos. Everything was found on the basis of analysis of isotopes and chemical properties. Such tests cannot categorically state that the statuettes are local. But they can tell that similar rocks are available near where they were found, but nowhere else in Puerto Rico, the professor notes.

By what civilization were the figures made?

Ramos initially considered the possibility that the figures were made by humans far from civilization, perhaps from the Middle East or even as close as possible to the South and Central American mainland, from the Mayans or the Aztecs. It's not a bad theory. The problem is that the analysis of figures performed at Haifa University by Dr. Iris Groman-Yaroslavan, proves that these are genuine pre-Columbian antiques, carved around 1400. The analysis cannot tell us who made them, because there is nothing to compare with anything found anywhere. The symbols in the inscription are absolutely unique.

Why the collection was buried centuries ago and known only to one family who died with an old woman at the end of 70. let 19. century, we cannot know. But Rodríguez Ramos speculates that since this collection is unique, it was not the product of a widespread cult. The only thing that is now unequivocal is their age, which is partly determined by the patina of glazing their surface, which had to be based on natural processes over the years in their underground shelter.

The University of Haifa explains that the remains of gold, which can be seen to cover some statuettes, reinforce the hypothesis that the statuettes were used in ancient worship. Traces of red have also been found to cover parts of the eyes and mouth on the figures, reflecting the complex design and finishing process.

It is certainly one of the strangest and most interesting stories I have been involved in, ”said Groman-Yaroslavskaya. "We haven't found any similarly carved stone art objects from this region of America, and so many scientists thought it must be false."

"They were made in a different way," Ramos added. “And when I look at them in detail, I immediately say - otherwise. I can't say they lost civilization, but I can say: The hands that made them were different from the hands that made other artifacts in Puerto Rico. "The secrets of the carved figure remain for the time being, but the results of the analysis helped the long-dead priest keep the promise given to the dying woman that the secret would remain alive."

In the video below you can see Professor Reniel Rodríguez Ramos discussing the figures:

Mistakes in the land of the Maya

In the scholarly literature on the Maya, this is only teeming with incomprehensible terms: What, for example, is a double-headed snake? Or a four-dimensional monster, a quadratic dragon nose, or a dull-nose dragon? In similar terms, we are far from deciphering only what we have been hacked into at school, says Erich von Däniken. It controversies with the unreliable interpretation of these terms and attributes them to a much more credible content. It shows that ancient civilizations worshiped different gods. But what were the gods? Was it exclusively the ruler of nature, the so-called pagan gods, as archaeologists say? The author rejects such opinions because the gods usually presented themselves as brilliant teachers. Pagan gods would certainly not pass on Earthlings knowledge about the cosmos, the course of the planets, the solar system, or the astronomical calendar. So who were these gods with scientific knowledge? 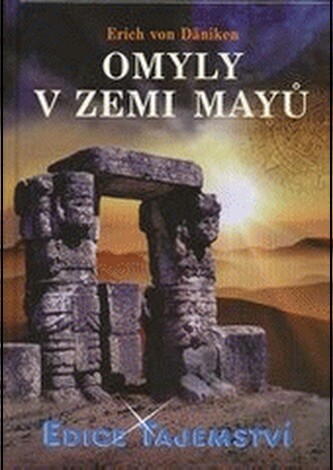