The mysterious "Divine Self" icon found all over the world

Just as the crucifix symbol unites millions of Christians under one universal religion, so did the symbol of the Divine Self for our ancient ancestors. 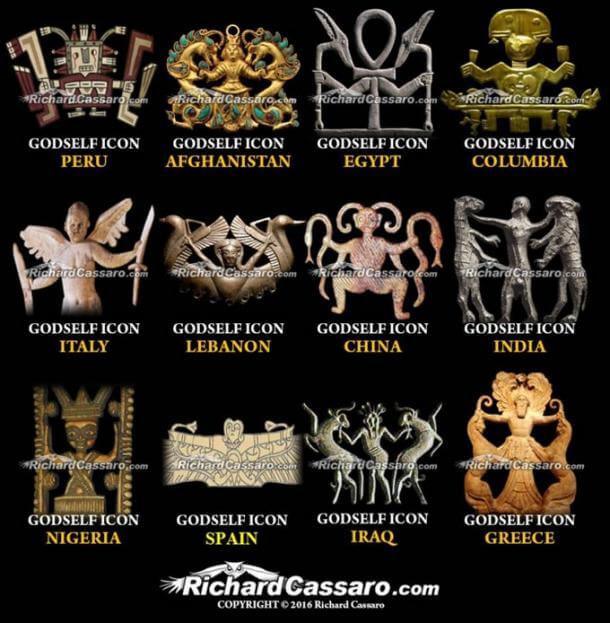 I have always been interested in parallel art and architecture in antiquity - building pyramids, arches and mummification - so much that at a young age I began to travel to explore these parallels and to discover new ones.

"Written in Stone" tells a heroic story of how organized societies of medieval stonemasons - who officially surfaced in 1717 and call themselves "Masons" - tried to preserve lost spiritual secrets by putting them in Gothic cathedrals. Gargoyles have nothing to do with Christianity. I realized that the standard plans of Gothic cathedrals, which included a large central door flanked by two smaller doors, and two towers on either side of the central entrance hall, were reminiscent of pagan temples in Egypt, Mexico, Peru, China, India, etc. 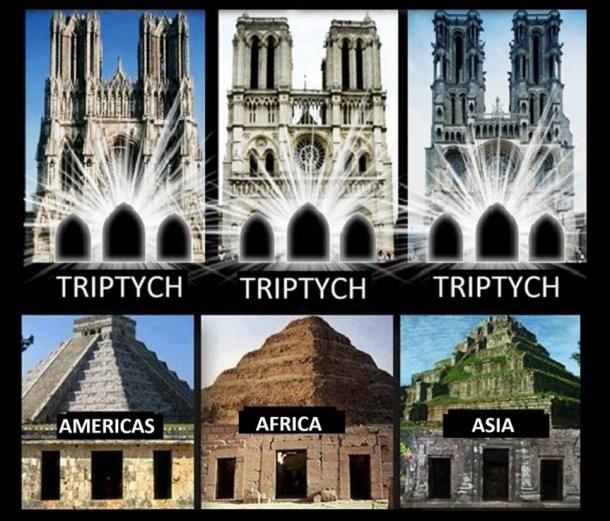 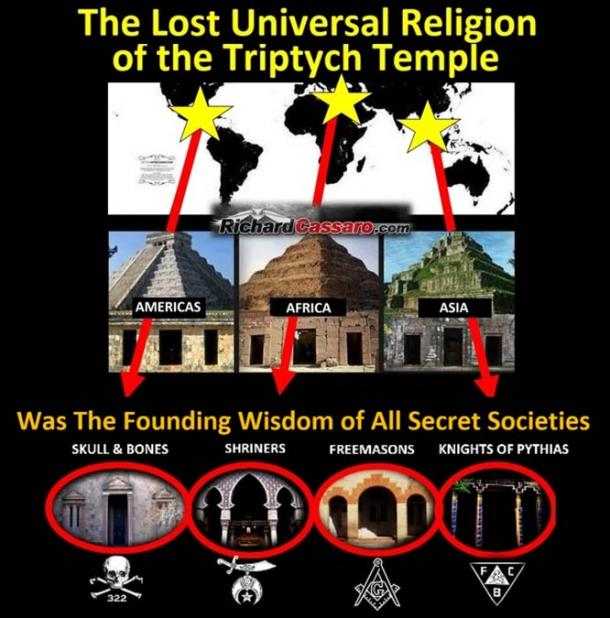 The middle door is the "source" - the "soul" within the body. The twins are the opposing bodily forces of duality that surround the soul on both sides. The soul must face and control life.

The universal religion of the Triptych Temple has created, in addition to Freemasonry, the establishment of other secret societies, including Knights of Pythias, Skull & Bones and Shriners, all of whom use the triptych entrance to their mansion.

The main facade of the Rockefeller Center in New York depicts one of the most remarkable esoteric triptych of modern times. It shows a "divine" image in the middle door (Divine Self) balanced between male and female opposites. Note that God holds a compass - a key Masonic symbol. 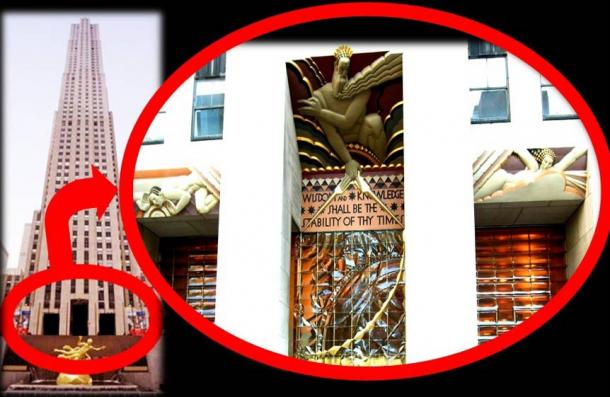 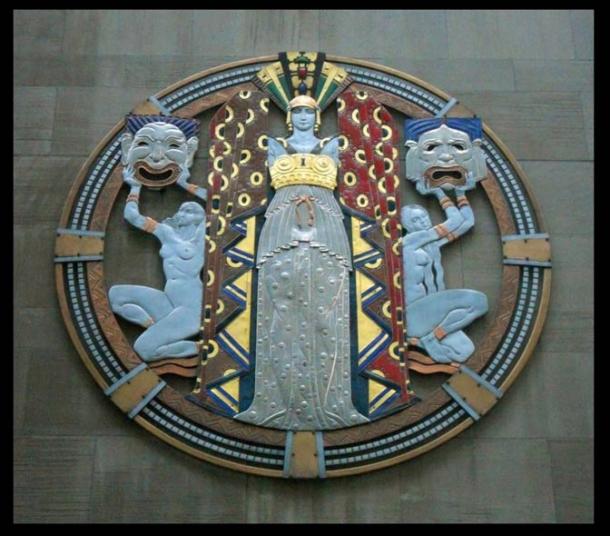 As with triptych, the Divine I icon represents the soul of a hero or wisdom, a soul that balances its opposing bodily powers, represented by twins, held symmetrically in each hand. The icon of the Divine Self invites us to develop our inner strength and spiritual potential by balancing the two opposing forces within us (through meditation) and by carefully cultivating our physical and mental powers. The concept of the external "God", as in the well-known monotheistic and polytheistic religions, is to divert attention from what I believe. The real purpose of religion is to recognize the eternal nature of our own spiritual being and to educate the "Divine Self" in us.

In Rockefeller Center you can see a beautiful variant of the icon of the Divine Self. The "double opposites" are symbolized by the mask of comedy and tragedy that sticks to the right and left sides of the goddess.

The origin of the icon of the Divine Self can be traced back to the prehistoric past. Some Victorian era scholars have associated the Golden Age with Platinum Atlantis and the notion of the rise and fall of civilization in a period corresponding to the zodiacal precession equinox that lasts about 25 000 years. Plato called it "Big Year"; the ancient Greeks before Plato associated the Great Year with seasons. Similar theories lay behind phenomena such as the Mayan and Aztec calendars and the concept of the Hindu Yuga. 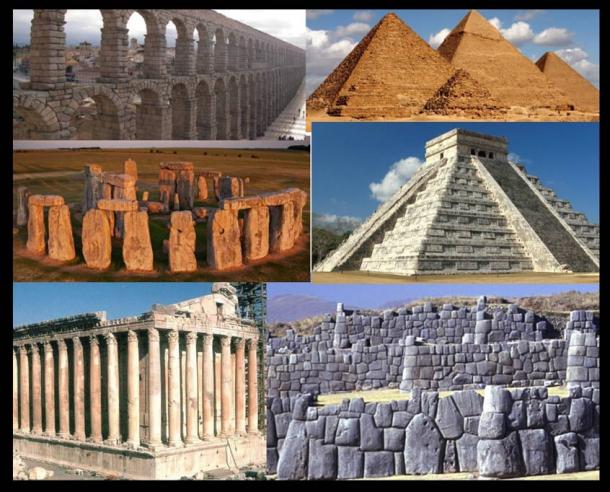 "For many generations ... they obeyed the laws and loved the divinity they resembled... But when the divine element weakened in them ... and their human features began to prevail, they ceased to be able to moderately bear their prosperity."
- Plato, Timaios

We see evidence of the remnants of the Golden Age not only in the common language left by our ancestors, but also in common architecture (such as the Triptych Temple). Ancient civilization is characterized by remarkable skill in stonework. One of the most amazing facts about old stone masonry is that many of the greatest works are among the oldest. 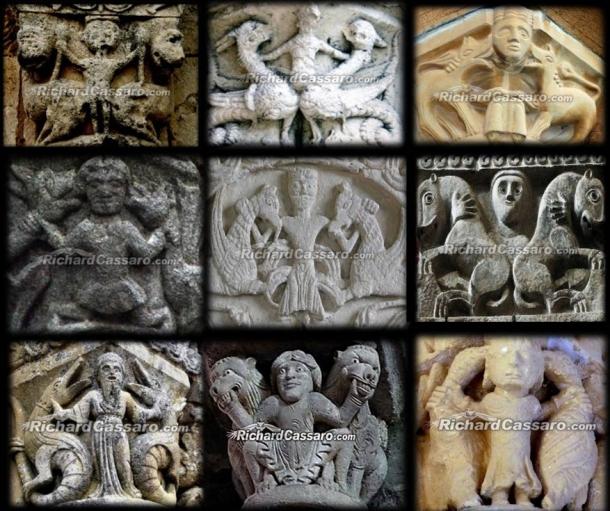 The Great Pyramid of Cheops is thousands of years older than the lower pyramids surrounding it. The aqueduct in Segovia, Spain (rumored to be Roman), is far more advanced than later aqueducts. The evolution of many technologies in the ancient world seems to reflect more degeneration and decline than progress. Perhaps it is indeed the result of the original pattern of the Great Cycle of Years of the Decline and Fall of Civilizations, where over ten thousand years ago there was a great period of spiritual success, followed by a period of ever-accelerating spiritual decline.

Masonic icons of the divine self

Much evidence to explain the meaning of the icon of the Divine Self has been destroyed by conquerors, crusaders, Mongol hordes, and slave traders.

Rebis is the forerunner of Masonic Tracing Boards that exhibit similar duality; Like trace boards, Rebis' message is to overcome duality through mystical techniques involving the ancient practice of balancing opposites to find the center. Notice the symbols of the Masonic angle and compasses in the left and right hands of Rebis - simple tools used to create incredibly advanced stone monuments (pyramids, aqueducts, cathedrals) that remain a testimony not to the "technological" power of antiquity but to their "spiritual" concentration. 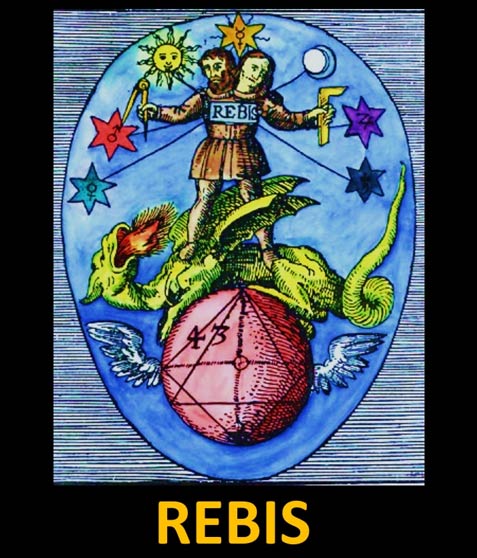 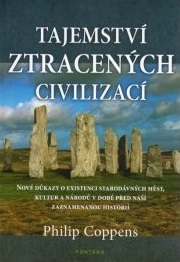