The main task of physicians should be to help sick people. However, there are those who prefer to study nonsensical studies they do not hesitate to use, such as experimental rabbits, silent faces or even people themselves. Let's take a look at ten examples of perverse medical experiments.

This study was led by Wendell Johnson of the University of Iowa - in 1939 he chose twenty-two orphans suffering from stuttering and other speech defects. Children were divided into two groups. In the first they received expert logopedic care and praise for every new advance. Subjects in the second group, however, experienced a completely opposite approach. For each imperfection their speech received only mockery and cursing. As a result, logically, the orphans from the second group gained psychological trauma after such an experience, and the stuttering never got rid of them. Johnson's colleagues were so horrified that he had decided to squeeze his attempt as much as possible. Not even the general situation in a world where the eyes of all people were appealing to Nazi Germany and its attempts at people in concentration camps did not play them. The university did not publicly apologize for this attempt until 2001. 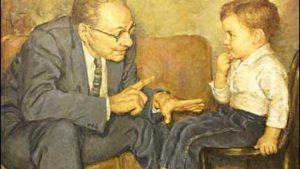 Between 1970-80 years, South African apartheid executed trials involving forced sex changes, chemical castration, electrotherapy, and other unethical medical experiments on white lesbian and gay armies. The aim of the study was to eradicate homosexuality from the army. The number of casualties is estimated at up to nine hundred.

The whole machine began with a statement from the Army officers and chaplains. The victims were then sent to the military psychiatric clinics. Most often to Voortrekkerhoogte near Pretoria. Most of the victims had flights between 16-24.

Lead physician of the experiment, Dr. Aubrey Levin, was suspended and judged only in 2012. 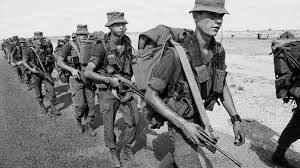 This study was not so unethical, but its result was so disastrous that it certainly deserved its place in this enumeration of perverse experiments. The famous psychologist Philip Zimbardo was behind it. He wanted to examine individuals divided into two groups: prisoners and guards. He wondered how quickly they adapted to their roles, and whether it would be reflected in their psychic state.

There was no training on how they should behave. It all depended only on their consideration. On the first day the experiment was in the spirit of embarrassment, and no one knew how to behave. The next day, of course, it all went wrong. Prisoners started a rebellion that suppressed the guard. As a result, the prisoners began to psychically deprive themselves in order to prevent further coup attempts based on the common solidarity of these persons. From the inmates, soon became disoriented, degraded and depersonalized beings. This went hand in hand with the emerging emotional disturbances, depressions and feelings of helplessness. In interviews with the prison chaplain, prisoners could not even remember their name, they were only numbered.

Dr. Zimbardo finished his experiment five days later, because he realized he was facing a real prison. The results of the study were therefore more than telling. This was a classic case of abuse of power, often associated with paranoid suspicion. In this case, they were guards who began to behave in inhumane ways to their prisoners because they were afraid of another uprising. 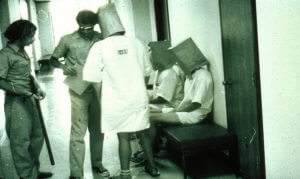 While there is a general view that animal experiments are important to humans, especially in the field of pharmaceuticals, the reality is that many of them are very cruel. This area also includes an experiment on 1969 monkeys. In this experiment, primates and rats were injected with various types of addictive substances: morphine, codeine, cocaine and methamphetamine.

The results were frightening. The animals, in order to escape further incisions, broke the limbs. Monkeys who received cocaine seem to have halted their fingers with fingers, cramps, and sniffing their hair. If the drug was combined with morphine, the death occurred within two weeks.

The purpose of the study was to determine the effect of drug use. However, I think that every average intelligent person knows what effects these drugs have - that is, unfortunate. Certainly, these inhumane attempts are not needed on creatures who can not defend themselves. Rather, it seems that in this attempt doctors showed their own hidden desires. 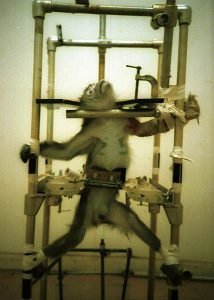 In 1924, Minnesota University graduate Carney Landis invented an experiment to determine how different emotions change the look of the face. The goal was to find out if all people have identical facial expressions when they feel dismay, joy and other feelings.

Most of the experiment participants were students. Their faces were painted with black lines to track the movement of their facial muscles. Subsequently, they were exposed to various stimuli that should have a strong response. Here Landis took a picture. The subjects, for example, smelled of ammonia, watched pornography, and put their hand in a bucket of toads. However, the final part of the test was debatable.

The participants were shown a live rat to set their heads. Most of them refused, but one of them was submissive. None of them, however, knew how to do this man-made, so the animals suffered enormously. Before those who refused to do this, the Landis decapitated himself.

The study has shown that some people are able to do whatever they say. There was no benefit for facial expressions, for each person seemed different in emotions. 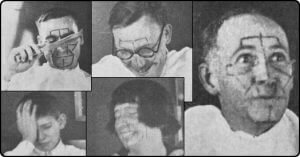 Father of Behaviorism, John Watson, was a psychologist who longed to find out whether fear was an inborn or conditional reaction. For this he chose an orphan with the nickname Little Albert (Little Albert). He put him in contact with several species of animals, showed him in several masks, and lit various objects in front of him - all for two months. Then he placed it in a room where there was nothing but a mattress. After a while, he brought a white rat to the boy to start playing with him. After some time, the psychologist began to squeeze the baby through the loud sound of a hammer-banging iron rod, always when the rat appeared in the child. Albert had begun to worry about the animal's time, for he had put him together with a terrifying sound for him. And if that was not enough, he was worried about anything white and furry. 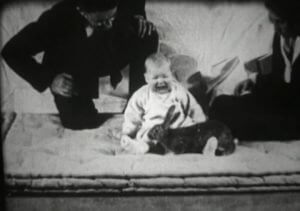 This term was created by psychologists Mark Seligman and Steve Maier. They tested their theory on three groups of dogs. The first group was released from the lead after a certain time without any harm. Dogs from the second group were paired, with one animal in the pair getting electric shock, which could have been, if the dog learned, ended by shifting the lever. The third group was also in doubles where one of the dogs received an electric shock, but he did not finish. And it was with these individuals that there were signs of clinical depression.

Later, all the dogs were placed in a box where they were getting electric shocks. In time, all of the first and second bands jumped out, for they understood that they would be saved. Dogs from the third group, however, stayed in the box. This behavior is referred to as learned helplessness. The experimental animal learns that it can not control a stimulus - the electric shock does not turn off by shifting the lever - and therefore is powerless and demotivated.

But would not it be better if the masters of the "scholars" were testing themselves? Maybe they would finally start using the brain. 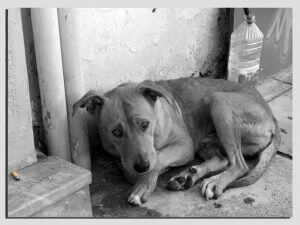 Milgram's experiment is now well-known. Stanley Milgram, a sociologist and psychologist, wanted to test obedience to the authorities. He invited students and teachers to join the study. But the pupils were actually Milgrama's helpers. Depending on the draw (fake), people were divided into a teacher-pupil group. The pupil was taken to the opposite room and tied to the chair.

The teacher stayed in the room with the microphone and the buttons at different intensity of electrical shocks, ranging from 15 to 450V. For every bad answer, the teacher should have a blow to the pupil. So he studied the influence of pain on learning.

The more shocks the pupil received, the more often he confused himself. The experiment went on despite the fact that the bodies were painful and demanded immediate termination. The result was just another blow, as defiance was also considered to be a bad answer. 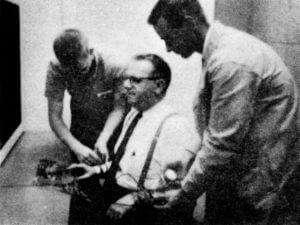 Dr. Harry Harlow was another unsympathetic white-cloaked sweeper, whose experiments included words like rape or iron virgin. The most famous of his experiments with macaques on social isolation. He chose the chicks that had a strong connection with their mothers. He placed them in the iron chamber, without any possibility of contact. He has been exposed for one year. These individuals became psychotic, and many never recovered. Harlow concluded from this that even if the child had a happy childhood, after being exposed to an unpleasant situation, he was unable to prevent depression.

However, the whole experiment had one bright side. There is a belief that his attempts have led to the creation of an animal protection league in America. 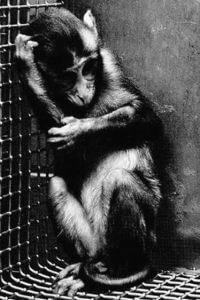 In 1965, a boy named David Reimer was born in Canada. In his eight months he underwent a circumcision. Unfortunately, a serious accident happened during surgery: there was serious damage to his penis. The doctors were responsible because they used the unconventional method of cauterization instead of the scalpel at the time. David's sexual organ was almost burned. The psychologist, John Money, has therefore suggested to his parents one solution: gender change. The parents agreed, but they did not know that the psychologist was just about finding the experimental rabbit for his thesis that it was not the nature but the education determined the sex of the child.

David, now as Brenda, has undergone a surgical removal of the testicle and the formation of a vagina. He also underwent hormonal treatment. However, the transformation did not develop as it should. Brenda was still a boy. The whole situation also had a negative impact on her parents. The mother fell into suicidal tendencies, and her father was drowning in alcohol.

When Brenda was told the truth about her accident at the age of fourteen, she decided to become a boy again and undergo a penis reconstruction. However, even after this transformation, he was unable to reconcile with his destiny, and he committed suicide at the age of thirty-eight. 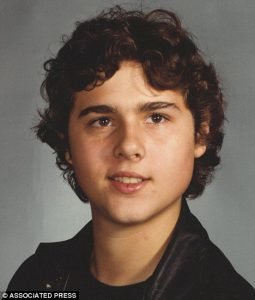