US Navy warships were surrounded by swarms of trans-UFOs in the forbidden waters near San Diego. There, about 100 miles from the mainland, the crew saw a number of strange vessels in July 2019. Remarkably, they were too far out to sea to be attributed to familiar drone technology.

After these reports, some called them "transmedia UFOs" because they can move through the air and water. However, official reports may describe them as drones and drones (UAVs). However, behind the scenes, Pentagon investigators may use other terms, according to Mystery Wire.

A video of one of the UFOs became viral after it was published on Instagram by investigative filmmaker Jeremy Corbell. Now, with all the latest evidence, Corbel says it's time for the government to come out with the truth. "We're at a breaking point now," Corbell told Fox 11 in Los Angeles. "It's time for the public to know what's known, no matter how much it is," Corbell said. "What is known about the presence of UFOs on planet Earth?" Corbell said. Corbell said the video was provided by someone after a briefing by the Maritime Intelligence Agency (ONI) on May 1, 2020.

"UFOs are real. They fly with impunity in our limited airspace. They represent advanced and sophisticated technology, "said Corbell. (see video below) "And it's a technology that requires scientific research and study," he continued.

After UFO witnesses suffered ridicule for many years, according to Corbell, the scenario was reversed today. "The script has been reversed," Corbell said. "People are now taking it seriously, and the unnecessary ridicule that has stigmatized the UFO theme is disappearing."

Take a look at the interview that Fox 11 Los Angeles brought:

A Pentagon spokesman surprisingly confirmed that the footage was taken by US Navy personnel aboard the USS Omaha. The vehicles officially remained unidentified and were not officially marked as Unidentified Air Phenomena (UAP). As you may know, this is the official government term for UFOs in 2021.

"I can confirm that the linked photos and videos were taken by Navy personnel," Pentagon spokeswoman Susan Gough said in a statement to the Black Vault. However, Gough confirmed that the UAP working group "included these incidents in its ongoing investigation". As you may recall, the Ministry of Defense announced the creation of this working group last August 4, 2020.

Gough further explained why the details were not discussed in public. "As previously stated, in order to maintain the security of operations and to prevent the disclosure of information that could be useful to potential adversaries, the Department of Defense does not publicly discuss details of sightings or investigations of reported violations of our training centers or designated airspace, including those that have been originally designated UAP. "

The video shows sailors discussing a spherical vessel and saying, "It splashed!" As it sank into the sea. The Navy then sent a submarine to search for the object, but it did not find any traces of an advanced transmedia vessel. However, although the crew claims that the object "splashed", Corbell specified that the UFO slid into the sea effortlessly. So there was no real splash. According to Corbell's description on YouTube, the Navy made a video on July 15, 2019 at 23 pm (PST).

Watch the video below:

Remarkably, these encounters with UFOs took place in the same area as the 2004 UFO Tic Tac.

A similar transmedia UFO was buzzed in Puerto Rico in April 2013, buzzing at Aguadilla Airport in Puerto Rico. After flying around the airport, the UFO went straight into the ocean. After entering the water, it apparently split into two disappearing vessels. (see video below)

The latest video shows one type of spherical machine. However, a number of strange vessels have been reported. For example, in July 2019, the USS Russell used a night vision camera to detect a UFO flying in the shape of a triangle or a "pyramid" flickering in the clouds.

According to the Independent, UFO sightings have been virtually daily in Virginia for years. "The former Navy pilot claims that the flight crews saw UFOs maneuvering in the limited airspace near Virginia every day for years."

Strange as these videos are, they are also grainy and have a low resolution, which is disappointing as usual. However, NBC's Gadi Schwartz says he spoke to former AATIP director Luis Elizondo to see if the Pentagon has more videos.

"These were probably the least compelling videos, and some videos showed an object about 50 feet from the cockpit," Schwartz said. (see video below)

Take a look at the pyramid-shaped UFO as seen on TODAY:

Journalist George Knapp reported on the latest round of authentic UFO sightings on Mystery Wire and on news sites such as Fox8.

In an interview, a reporter asked Knapp what he thought could be a sinking UFO, and he replied, "It seems to be a highly intelligently controlled high-tech system. We don't know what the drive is. There are no rotors, you saw the images, there are no wings, no blades. Thermal imaging would reveal if there was some kind of exhaust. There is no such thing. It flies by means we don't know, "said Knapp.

Moreover, if the Chinese or Russian government produced UFOs, it would be an incredible failure of our intelligence facility. " Knapp, on the other hand, notes that US intelligence services do not believe that UFOs were made by the Chinese or Russian governments. "It leaves some rather exotic possibilities, but no one says anything beyond - it's unknown," Knapp said.

On March 4, 2019, a Navy F / A-18 aircraft off the coast of Virginia encountered three unidentified "drones." Interestingly, the F-18 weapons systems officer behind the pilot took pictures with his iPhone. The captured images were then called "Metallic Blimp", "Acorn" and "Sphere" (metal airship, acorn and sphere). Later, according to Mystery Wire, the UAP working group informed the military and intelligence audience about the "drones". 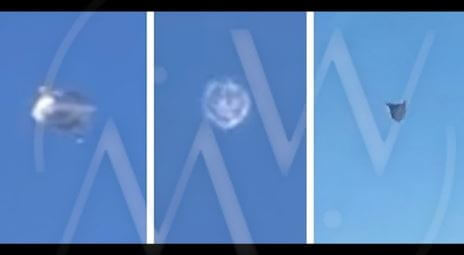 "Reports from the working group said that the objects were able to remain motionless in strong winds, without any movement, which goes beyond the capabilities of known balloons or drones," said George Knapp.

Now we all wonder if the UFOs are of extraterrestrial origin? We do not know this at present and we will probably not find out even after the expected UAP government report, which is to be published in June this year. However, former director of the National Intelligence Service, John Ratcliffe, indicated that UFO testimonies are much more frequent than the public has known so far.

Are you interested in UFOs? So take a look at Esene Suenee Universe and in the category You will definitely choose UFOs and exopolitics. 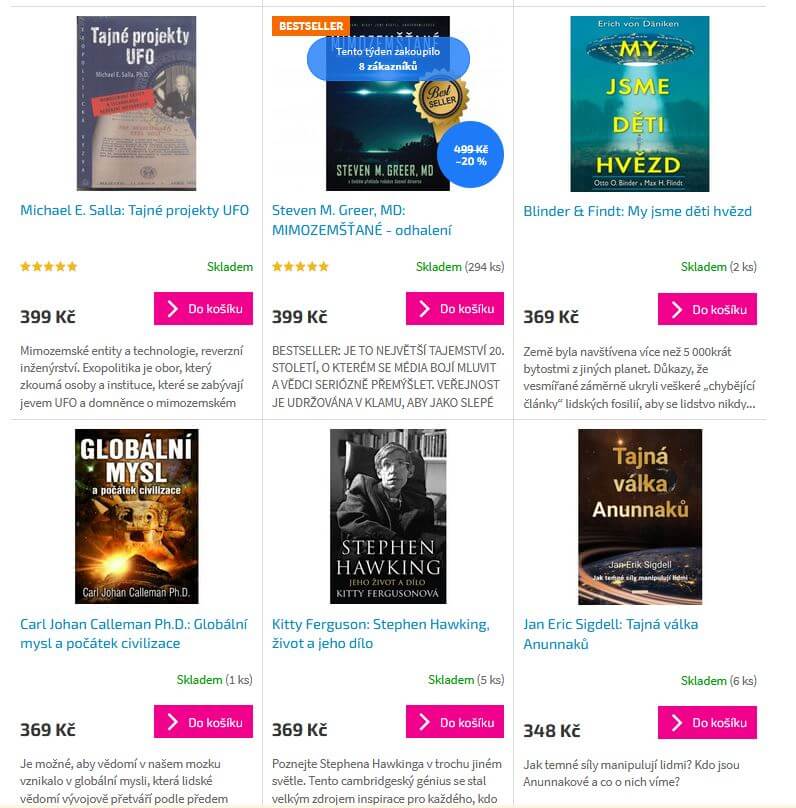