A surprisingly well-preserved four-wheeled car was discovered in Pompeii

Pompeii was a Roman city whose main economic source was probably tourism, as it functioned as a resort for the richest citizens of Rome. However, it was only five miles from the active Mount Vesuvius, which erupted more than 50 times during known history.

When Mount Vesuvius sopped in 79 AD, thick ashes, pumice and stones fell on the city - initially still slowly. Most of the 12 people estimated to be in and around the city had time to flee. But as the ashes continued to fall, breathing became more and more difficult. 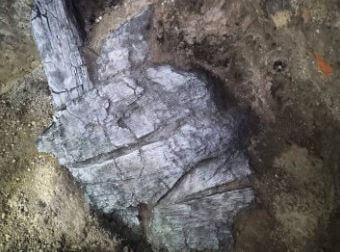 Interventions carried out in recent months in Civita Giuliana have required an interdisciplinary team of archaeologists, architects, engineers, restorers, volcanologists and professionals, as well as archaeobotanists and anthropologists. 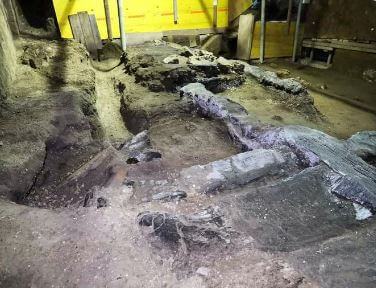 The excavation of the room where the car was found revealed its exceptional nature from the beginning: in this area there is a two-storey portico that opens onto an uncovered courtyard and features a carbonized wooden ceiling with a network of completely preserved beams.

The pyroclastic current from the mountain soon picked up speed at 100 miles per hour. He brought with him hot poisonous gas and stones. When the eruptions ended, the city of Pompeii was buried under millions of tons of ash. The eruption killed a total of 16 people, and about 000 died in Pompeii. The area remained deserted for almost 2000 years before being discovered by researchers in 2. They found a remarkably well-preserved city whose artifacts, buildings and even skeletons remained protected from the elements by stifling ashes. Archaeologists have even uncovered containers of canned fruit and loaves of bread.

The car, which was recently discovered, is also remarkably well preserved. All its iron, bronze and tin components have been preserved in their place, as well as the mineralized remains of wooden parts. Rope prints and flower decorations were even found here. Of the objects discovered so far in Pompeii, this is one of the best preserved. 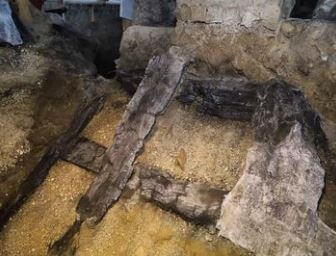 Thanks to an interdisciplinary approach during the excavations in Pompeii, archaeobotanical analyzes of wood were performed. These showed that the ceiling was constructed of wood from a deciduous tree - oak, which was a frequently used construction material in Roman times. 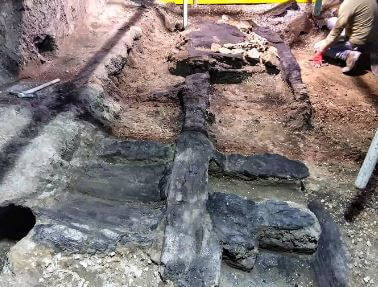 The charred wooden door structure on the south side of the room, which connected the colonnade to the stable (where three horses were recently discovered), was also preserved and, after analysis, identified as beech wood.

The discovery of the car was the result of a unique collaboration between the Attorney General's Office in Torre Annunziata and the Archaeological Park of Pompeii. Archaeologists are working with prosecutors because of the significant looting that is taking place in the area. Thieves dug tunnels and uncovered relics and artifacts they had stolen. Two of these tunnels pass on both sides around the location of the car, so it is quite fortunate that archaeologists were the first to find it.

Archaeologists and their findings

Archaeologists in the area work every weekend, partly to deter thieves and also to uncover a significant seat in the area around Mount Vesuvius. When the villa was discovered, scientists were able to determine the extent of the illegal tunnels and testify in court in favor of the prosecutor's office. Due to the fragility of the car, they had to use a technique known as micro-excavation during uncovering to carefully remove the hardened ashes.

Once the car had been safely removed from the rock, they were sent to the laboratory of the Archaeological Park in Pompeii to remove the remains of the stone still covering some parts of the car. After that, a long process of its renewal and reconstruction will begin. Scientists believe that the chariot may be the Pilentum, which is mentioned in ancient texts. Pilentum was not used for everyday activities, but for festivities, parades and parades - and perhaps for weddings.

Hills, mountains but also valleys do not necessarily have to be formed wrinkled landscape or by moving lithospheric plates. The authors of the publication prove that it existed in our territory pyramidal citieswhich was thanks natural disasters destroyed in ancient times and forgotten over the ages. 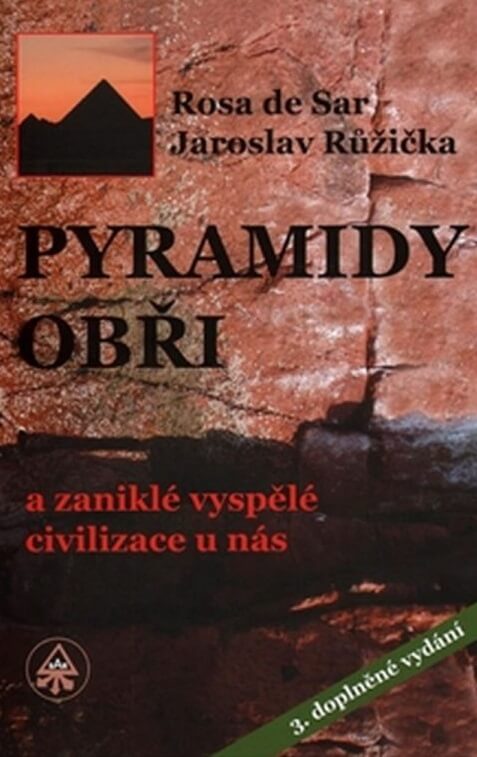 Pyramids, giants and extinct advanced civilizations in our country