Scientists have created the largest simulation of the universe to date. It allows us to boldly go where no one has gone before.

Illustris: The Next Generation (IllustrisTNG) uses new computer methods to create a space scale simulation that is both immense and immense. However, in order to keep the scientists from mere simulation, they were supplemented with an obligatory-exact scientific sauce, which was then printed by 1. February 2018 in Professional Monthly Notices of the Royal Astronomical Society. A unique simulation was created, based on a wealth of scientific input that now gives scientists around the world a clear understanding of how black holes affect the distribution of dark matter across the universe.

Not only can these powerful gravity wells prevent older galaxies from forming new stars, they can also affect the appearance of space structures.

24 thousand of computer processors contributed to the creation of the described simulation for more than two months. The fastest computer in Germany, Hazel Hen at the Stuttgart High-Performance Computing Center, has run through the simulation twice. The described simulation produced more than 500 terabytes of simulation data, said Volker Springel of the Heidelberg Institute for Theoretical Studies in a press release. Springel expects to employ such a huge amount of astrophysics data for years to analyze this data. From the data collected, scientists promise to gain new insights into the functioning of various astrophysical processes.

IllustrisTNG has created the described predictions by modeling the evolution of millions of galaxies in a representative universe. It was an imaginary cube with an edge of nearly 1 billion light years. The previous version, called Illustris, contained a smaller area, a cube of 350 million light years. The current version not only expanded the surveyed area, but also included some key physical processes that the previous version lacked.

The current version of IllustrisTNG allows the universe to be remarkably similar to ours. It is the first time that clustered patterns of simulated galaxies resemble to a great extent when compared to patterns observed by strong telescopes, such as those from the Sloan Digital Sky Survey. If verifiable predictions about dark matter, galaxy formation, and magnetic fields prove to be accurate, we will gain more insight into the functioning of the universe, since we can assume that other predictions from the described simulation that we cannot validate with the existing telescopes are true.

The problem with today's powerful telescopes is that they can only measure something and do not give a comprehensive picture of the object being observed. However, with simulations like the one just described, we can follow all the properties of all these galaxies. What's more, we can see not only how the galaxy looks now, but how it looked throughout its history.

Mapping the history of model galaxies could help us understand how ours, or the Milky Way, has formed, and our planet Earth over billions of years. In addition, we can stretch the development simulation into the future and predict how our galaxy will continue to evolve and what it will look like in a billion years from now. It is possible that the data obtained from the described simulation in the coming years will prompt scientists to set their telescopes so that they can follow the new space processes that this simulation predicts will occur in the future.

For example, galaxy collisions that create a light effect. Scientists have not yet known where to look in the sky. That could change now. Although, true, even "now" is relative ...

Tips from the Sueneé Universe e-shop

Erwin Laszlo: Intelligence of the Cosmos

Why as humanity we have reached a critical point inconsistency? Is there a way to go in your own direction? He's on ours consciousness influence universe? Can humanity still save ourselves? Not only for such questions can you find answers or theories and explanations in this engaging publication from Erwin Laszla. 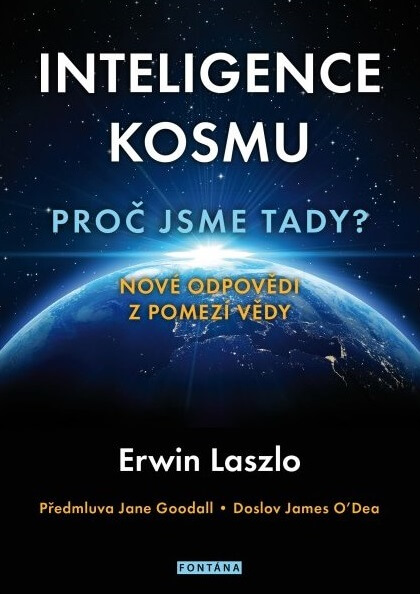 Erwin Laszlo: Intelligence of the Cosmos