The ancient Maya, a diverse group of indigenous people who lived in parts of present-day Mexico, Belize, Guatemala, El Salvador, and Honduras, had one of the most perfect and sophisticated civilizations in the Western Hemisphere. Between 300 and 900 AD, the Maya achieved a number of remarkable scientific achievements in astronomy, agriculture, engineering, and communications.

The Mayan civilization lasted more than 2 years, but the period of its greatest prosperity can be considered the period from about 000 to 300 AD, known as the classical period. During this time, the Maya acquired and acquired a comprehensive knowledge of astronomy. They also learned how to grow corn, beans, pumpkins or cassava in often inhospitable places, how to build complex cities without modern machines, how to communicate using one of the first written languages ​​in the world and how to measure time using not one but two complex calendar languages. systems.

Did you know that? The written language of the Maya consisted of approximately 800 glyphs, or symbols. Each represented a word or syllable and could be combined with the others in an almost infinite number of ways. As a result, there were three or four different spellings for almost every word.

The Maya firmly believed in the influence of the universe on their daily lives. Thus, for their time, they had advanced knowledge and understanding of celestial bodies: For example, they knew how to predict solar eclipses. They also used astrological cycles to aid in planting and harvesting, and came up with two calendars that are as accurate as the ones we use today.

The first, known as the cyclical calendar, was based on two overlapping annual cycles: the 260-day sacred year and the 365-day secular year. In this system, four identifiers were assigned to each day: the number and name of the day in the sacred calendar and the number of the day and the name of the month in the secular calendar. Every 52 years was counted as one interval or calendar cycle. After each interval, the calendar was reset as a clock.

Because the calendar cycle measured time in an infinite loop, long-term chronological expression of individual events was not possible. For this purpose, a priest living around 236 BC devised another system: a calendar, which he called the Long Count. The Long Count system determined each day by counting forward from a fixed date in the distant past. (In the early 20th century, scientists discovered that this "base date" was August 11 or 13, 3114 BC). He grouped the days into sets or cycles as follows: baktun (144 days), k'atun (000 days), tons (7 days), uinal or winal (200 days) and kin (one day).

The long-number calendar worked the same as the cyclic calendar - the same periods were repeated, but its interval, known as the "Great Cycle," was much longer. One Great Cycle was equal to 13 bactons, or approximately 5 solar years.

The Mayans also used their advanced knowledge of astronomy to build their temples and other religious structures. For example, the pyramid at Chichen Itza in Mexico is positioned according to the position of the Sun during the spring and autumn equinoxes. At sunset on these two days, the pyramid casts a shadow on itself, which coincides with the carved head of the Mayan snake god. The shadow forms the snake's body; when the sun sets, the snake seems to crawl down to the ground. 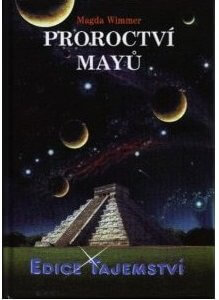 It is remarkable that the ancient Mayans were able to build elaborate temples and large cities without what we would consider basic tools: metal and wheel. However, they used a number of other "modern" innovations and tools, especially in decorative arts. For example, they constructed complex looms for weaving fabrics and created rainbow glittering colors from mica, a mineral that still has technological use today.

Until recently, people thought that vulcanization — combining rubber with other materials to make it more durable — was discovered in the 19th century by a Connecticut American, Charles Goodyear. However, historians now believe that the Maya made rubber products for about 3 years before Goodyear obtained his patent in 000.

How did they do it? Scientists believe that the Maya discovered this process by accident, during a religious ritual in which they mixed rubber and plantain. Once the Maya realized how strong and versatile this new material was, they began using it for a variety of purposes: to make waterproof fabrics, adhesives, book bindings, figurines, and large rubber balls used in a ritual game called pokatok.

The decline of the Maya

Despite remarkable scientific achievements, Mayan culture began to decline in the early 11th century. The cause and extent of this decline are still debated. Some believe that the Maya were wiped out by the war, others attribute their demise to the disruption of trade routes. Others believe that Mayan farming practices and their dynamic growth have resulted in climate change and deforestation. Although most of what was left of ancient Mayan culture was absorbed by the Spanish conquistadors in the 16th century, the legacy of Mayan scientific achievements lives on in the discoveries that archaeologists still make of this amazing ancient culture.

According to an ancient Mayan legend, the ancestors of humanity brought 13 crystal skulls to our planet, which contain encoded information
about the origin of the cosmos, about the origin and future of humanity. The Mayans claim that once time comes, the secrets of the skulls will be revealed. 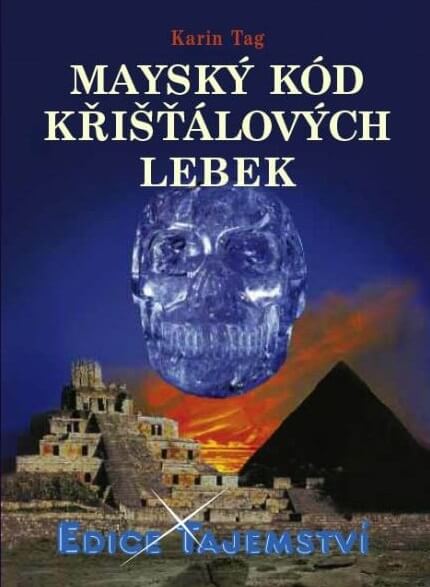