Crystals and their use in history

In ancient Egypt, they also used crystal pigment cosmetics, which they believed gave them strength and protection. In China, they used acupuncture needles with a crystal tip to facilitate healing. In Greece, soldiers rubbed hematite on their bodies before the battle to strengthen their strength.

Even today, we are attracted to crystals not only because they spark, but because at a deeper level, our bodies resonate with their structure. Whether we know it consciously or not. The crystals activate, heal and help increase our energy field. Like some things in life, here is the dark side of the crystal world, which is related to how they are mined and where they come from, and potentially harmful effects, which can have a negative impact on the environment and the miners themselves. 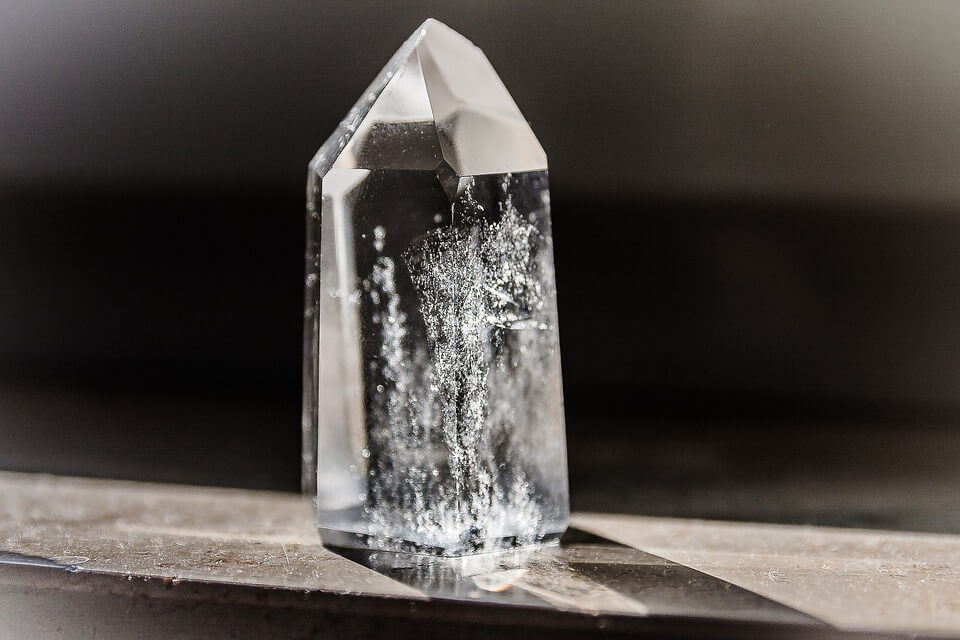 When we buy crystals, most of us don't think about where all the crystals came from and whether they were fairly traded or ethically extracted. Crystals are energetic and have the ability to hold and store information from the world around them, so it is even more important to ensure their positive collection.

It is important where the crystal comes from

As Colleen writes in Crystal Rx, “if you want to ethically treat stones to be positive, clean, and have energy, you need to know the crystal line and pedigree. It's the same as knowing where meat or eggs come from. Free range or farm? It is also very important to talk to the owner of a shop or eshop and talk to them about the source of their stones. You can also do research online in advance and look for companies that offer ethical and consciously options. When we think about crystals, we don't think it's a living thing. However, those who have worked extensively with crystals know that they carry their own level of intelligence, almost as if they had their own personality.

The crystals are structured to react to different energies around them by oscillating and emitting certain vibrational frequencies.

Crystals seem to have the ability to interact with our world and our DNA more than we realize. Apparently, it is inferred here that crystals are part to help heal humanity. You may also be bothered by the question of whether crystal mining is at all correct ...

On a personal level, I feel digging crystals is the same as digging vegetables or cutting flowers. These are the precious resources that Mother Earth has given us, and as long as we consciously reap them and respect the place they come from, they are here to use and use them. Like vegetables, they give our physical body nutrition and healing when we eat them. Crystals give us spiritual nourishment and healing when we communicate with them. This interaction can include everything from placing crystals on the body, drinking, holding, meditating or wearing.

Crystals have wisdom in them

Crystals have been found because they want to be found, and if we treat them with respect and decide to support conscious stores / owners that sell gems and stones from ethical sources, we can count on the stones to work well with them.

It is also important to realize that although we can buy crystal, it is still the property of Mother Earth and once we have finished working with their energy, it is our duty to return them to Earth or to pass them on. They can heal and help others in the Earth. The crystals have wisdom and powerful healing properties that can be unlocked when we communicate, care for them and treat them with respect.