Anu: the supreme source of all authority and ancestors of Anunnaki

The Great Secrets of the Bucegi Mountains (5.

Soon after the last projection ended and Radu recovered somewhat from the flow of experiences and information, Caesar pointed out that it was necessary to end the underground visit and get back.

But there were still the huge, mysterious entrances to the three mysterious corridors and about nine feet away. In front of each of the entrances, the control panel, just what was in the center of the hall, was smaller. From the holographic projections that they elicited from individual panels, they learned that tremendous tunnels lead to three different areas of the Earth and are thousands of kilometers long.

The left corridor led to a secret place under the sands of the desert in Egypt. A special object between the Sphinx and the Great Pyramid, which has not yet been discovered.

Next, on the right, he continues to a similar place like Bucegi in the interior of one of the mountains in Tibet. The underground complex is a bit smaller and simpler.

This tunnel has a branch, whose shoulder runs under the Romanian county of Buzau, at the southeastern outskirts of the Carpathians, and then to a facility in Iraq near Baghdad. Another tunnel tunnel connects Bucegi with the Gobi desert area in Mongolia.

The third, central tunnel conceals, according to Caesar, a very fundamental secret, and the Americans have insisted that even the secret be kept. All that Caesar could tell he was leading through the earth's crust into the interior of the planet.

During the bilateral talks between Romania and the US, it was decided to take the expedition and explore the tunnels. The training consisted of highly qualified experts, six Americans and ten Romanians. The leadership was entrusted to Caesar, and the beginning of the expedition was scheduled for the end of September 2003. He did not know more about the subject anymore.

Radu Cinamara's books provide further additional information on these tunnels. They could have been handed over because there were people in the high political circles of Romania who disagreed with an agreement with the US for which apparently the Freemasons were standing. The Romanians tried to stop the elite in this way.

In 2009, private Romanian television, Antena 1, has a program on the subject. After the broadcast, the reporter received an anonymous threatening call:

Anonym: "We warn you, be very careful! Stop looking at the Bucegi Mountains and providing information! "

Reporter: "Who are you?"

Anonym: "This information must be kept secret and not be disclosed. You are involved in a dangerous game, you are young and you have a family ... There are a lot of other things and events in this country that you can talk about.

Reporter: "Who are you?"

Anonym: "Do not wish to know us or be interrogated from us! That's all I wanted to say. "

You can still watch Youtube on the show, but only in Romanian (maybe somebody could find the video to translate). The big part of the program is dedicated to finding giant skeletons.

At the end of September 2003, Radu's special courier received a message saying he could talk to Caesar with a secure phone. That was their last conversation. The call has given the Council some additional details, particularly on certain parts of the Romanian-US agreement. Caesar also told him that he was soon on a planned expedition that he did not know how long it would take. In conclusion 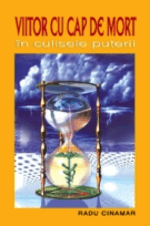 He also mentioned that the Council now has enough information to write a book about Bucegi. Caesar was convinced that the public had the right to learn the truth. The book was released at the end of 2004 under the title "Vitor cu cap de mort" (English translation of "Transylvanian Sunrise" was published by 2009). Immediately after the release, the publisher was flooded and bombarded by emails and phone calls that required more information about Radu. Some came from former high-ranking members of the secret services, and some of the events described in the book have been confirmed. The true identity of Radu never showed up, though a lot of speculation has been made around him.

In October, 2004 had the opportunity to meet Caesar once more with the 9 months of tunneling information. Caesar also told him what an uproar caused the Expedition Report in the highest circles of elites. 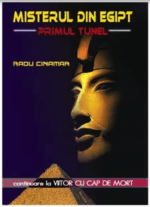 to the incredible discoveries discovered during the expedition. At the same time, he told me that there are also other groups that are very keen to get all the information about the findings and especially the control over them. Massini Caesar has never met, but he has discovered that Massini and two other members of the world Masonic elite have had several important interviews with certain Romanian and American politicians. As a result, both General Obadeo and Caesar were subjected to very strong coercion. Notwithstanding the positive effects of the expedition's discoveries, the "battle between good and evil" has intensified considerably. The whole story became far more complex and contained elements subject to the highest degree of secrecy. Although I have received some of the information from Caesar, I can not yet publish it. However, I am convinced that the "great revelation" will come, and as some hints suggest, it will not take long. "

Other literature and links 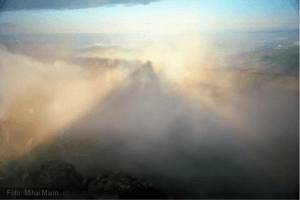 These books are a continuation of the Transylvanian Sunrise.

The Hall of Records

The Mysteries of the Bucegi Mountains, Romania

The great mystery of the Bucegi Mountains

The Great Secrets of the Bucegi Mountains (1.

The Great Secrets of the Bucegi Mountains (2.

The Great Secrets of the Bucegi Mountains (3.

11 comments on "The Great Secrets of the Bucegi Mountains (5."