NASA plans to communicate with astronauts through lasers

Vimanas in the Rama Empire: The ancient sky was dominated by iron flying machines

Sanskrit texts they are full of references to gods and heavenly battles in which the powerful were used Vimans equipped with sophisticated deadly weapons. Once upon a time there were several (either permanently or temporarily) on Earth of human races. Some of them struggled to gain control of our planet.

The narration of these meetings was passed on orally from one generation to the next, until over the centuries they were finally written on paper. Today we can read about them in sacred epics such as "Ramayana", "Mahabharata", "Bhagavata Purana" and others.

At the end of 19. century introduced Indian yogi Swami Vivekananda as the first Vedic religion and philosophy in the United States and Europe. He met great scientists and thinkers like Edison, Lord Kelvin and our great Nikola Tesla. Tesla was deeply inspired by Vivekananda's concepts and knowledge gained from the Indian Vedas. He was also fascinated by Vedic cosmology, its concepts, and understood that they perfectly complement existing Western theories. However, Tesla failed to “show the identity of energy and matter. The mathematical proof of this principle came about ten years later when Albert Einstein published his article on relativity. What they have known in the east for 5 000 for years has been known in the West… ”(Tesla in the Memorial Society of New York). 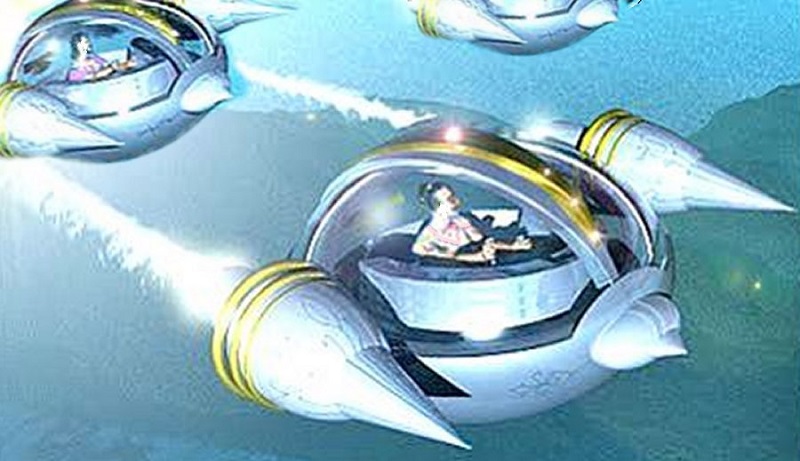 The Vedic texts say that the "flying vehicle" - known to us as Viman - could move like a UFO, however the pilot waved - up, down, forward or backward. It was oval in shape and moved at high speed thanks to mercury generated by a strong air stream. Mercury apparently played an important role in the propulsion of these "celestial chariots" often described in ancient Sanskrit texts.

Is it possible that mercury had something to do with the Viman guidance and propulsion system? Could the Soviet discovery of "aged tools used to navigate spacecraft" in the distant caves of Turkestan and the Gobi Desert point to the importance of mercury in Viman structures? These mysterious devices were described as hemispherical objects made of glass or porcelain, ending with a cone with a drop of mercury inside.

"Vaimanika Sastra" is a Sanskrit text on space technology, rediscovered in an Indian temple in 1875, dating back to 4. century BC. 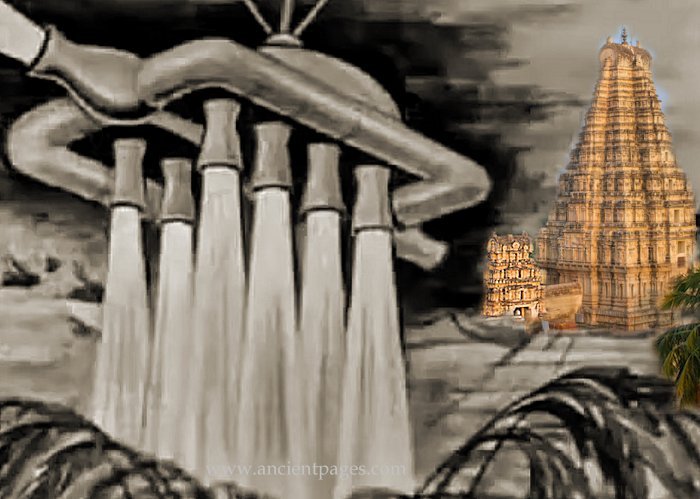 In his book “Vaimanika Sastra,” the wise Bharadwaja, gathered information on the Vimanas from at least eighty old texts and Vedic epics. Scholars who found this Bharadwaj's work in 1918 at the Barbuda Royal Sanskrit Library north of Mumbai, India, verified its authenticity, including the authenticity of the manuscripts he drew from his work.

His work includes a detailed description of flying vehicles for civil and war aviation, two- and three-storey cargo and passenger aircraft used to carry 400 to 500 people. It also includes design details - the 31 base components of these vehicles and the 16 types of light and heat absorbing materials used, pilots instructions, exact dimensions and descriptions of what type of metal and other materials would be most suitable for aircraft design, including unbreakable and fireproof equipment.

Bharadwaja said the wise refers to at least 70 ancient offices and 10 aviation experts; unfortunately these resources are lost today.

It is very unlikely that any, even the most brilliant poet or writer, could create such a kind of "high-tech fairy tales" with an accurate description of powerful weapons and sophisticated vehicles. On the other hand, it is likely that the writers of later texts on Vimanas wrote as observers, drawing on much older texts, and of course they did not understand so much the principle of their propulsion or other technical details.

These texts describe the powerful Vimanas, both the giant and the smaller, intended for only one passenger. Next to them are descriptions of "almost self-contained flying cities" moving in space. These "cities" - gigantic objects rotating around their own axes - were spacious and richly decorated. Such space cities with special gates for landing machines orbited the Earth constantly.

The design of these vehicles is also described in the 'Samaranganasutradhara'. The work, which gives us an insight into ancient Indian technological knowledge, has one of its eighty-three long chapters devoted to various mechanical devices. The construction of bird-shaped flying vehicles is explained here. There are also several verses dealing with robots that are supposed to act as guardians.

In this science guide, Omniverz, Alfred Lambremont Webre presents stunning replicable evidence of extraterrestrial and extraterrestrial life about intelligent civilizations made up of souls in the afterlife of super-secret extraterrestrial technology and the existence of a secret base and life on Mars. 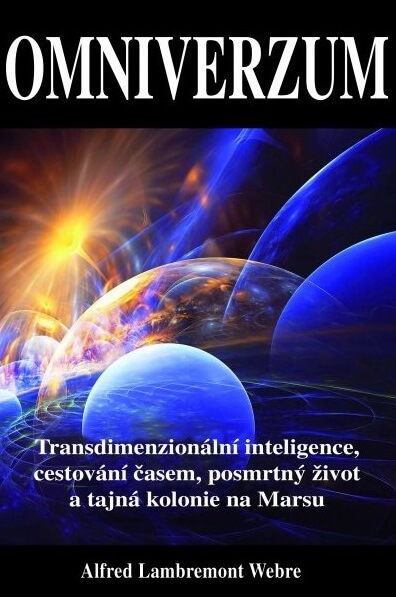