As they say: Below the lamp is the darkest ... 26.10.2017 was officially made available to all the murderer investigation documents (1963) of formerly most popular US President John F. Kennedy (JFK). In the end, only 2801 from 3810 has been released to the public so far. For those 1009 documents, CIA and FBI officials have intervened with US President Donald Trump not to post them for at least the next few months of 6. The primary reason is: threat to national security.

If we ask for public opinion, then more than 70% of Americans do not believe the official version that reads: JFK was shot dead by lone shooter Lee Harwey Oswald (LHO). The reason was the alleged LHO contacts on the KGB, and Castro's attempt to avenge the US for attempted assassinations of his person. Even the ordinary people mean that Oswald was only a dummy figure who served as a suitable victim of circumstances, to be able to be someone to blame and thus avert the eyes of the public from the real perpetrators.

So, shortly after the assassination, the testimony of the people who saw the passing of the Presidential Column was that they had to be at least two shooters. Other witnesses said that LHO had been spotted on the staircase of the building from which he was officially shot - he could not shoot him. In addition, repeated attempts by independent private investigators to rebuild the scene have made the whole thing impossible in an official manner. This is also seen in the Hollywood film JFK (1991) s Kevin Costner in the lead role of the investigator.

It should be noted that 100% of dozens of witnesses who were willing and testified before a special investigative Warren's Commission and testify against the then average (and today official) version, within two years, mysteriously died of incurable illness, disappeared, shot dead by accidental shooters, or committed suicide. The Warren commission itself was controversial. It was composed of people who had come to the JFK conflict in his life. In other words, it was composed of people who had a serious reason to be in conflict of interest.

Removing attention elsewhere is a practice of secret services to this day. The fact that 3810 documents were once again released only puts them under the boiler to those who so rightly state that the official version is leaked, and there is still a great deal of pressure on the history to fit into an artificially established paradigm. It's just the CIA and the FBI, who are running into boots all the time. From the majority of declassified documents, we learn a well-draped song and, by the way, briefly mention CIA archival documents: We need to throw something in the media so people believe it was Oswald. There is a good reason to believe that during the next 6 months, the remaining 1009 documents tidy from possible controversies.

However, it is essential that answers to the questions: who, for what reason and why JFK was killed secret services of the United States we do not count on these documents. Documents that play the imaginary light of clarity for the whole thing have long been available - several years. They are freely available on the Internet. The public, unfortunately, is being constantly educated by the media of the mainstream not to take them seriously and to overlook them.

The CIA, the FBI and the less known are key players in the whole thing Majestic 12. Quote from Majestic 12: Direct testimony and shocking facts about the presence of ET on Earth:

Allan Dulles: Top Secrect MJ12, CIA; from the Director of the CIA (MJ-1). [During the reign of JFK in the years 1960 to 1963 was CIA chief Allen Dulles.] You must know that Lancer [JFK cover name] he had some questions about our activities, which we can not afford. Please let me know your views by October 1963 at the latest. 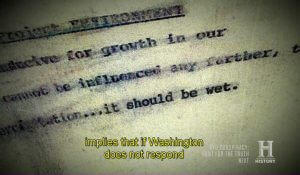 The call to JFK murder: should be wet - the CIA for "murder".

Robert Wood: This scorched document is, in my opinion, the only one that we could understand as consenting to the murder of President JF Kennedy. Allen Dulles actually writes in his report that if JFK continues to do what he does, it could be a problem. Lists the list of measures that should be implemented. One of the latter explicitly states that if necessary, JFK should be removed (murdered).

Sueneé: Ve 2. work series The Blue Planet project, which also falls under Majestic 12, states: It was the MJ-12 group that ordered the assassination of President Kennedy at a time when the president announced to the group's representatives that he would publish the facts of the extraterrestrial presence. He was shot dead by a secret agent who ran his car. He fired the last, deadly blow. This is apparent in the record of the assassination that was not made available to the public. Other 22 eyewitnesses of this event were killed in the next two years.

The FBI on the issue of published documents to Majestic 12 she said she must definitely go for fraud. However, she did not provide evidence for her claim. Equally controversial is the reaction of the CIA by JFK wanted to repeal and replace their own organization known by the acronym DIA, just as the CIA was involved in the earlier political assassinations and drug machinations.

That the CIA has long fingers in the media (dictating to the media what she can write) is confirmed by her former employee Richard Doty, one of the great divisions of people who bribed up to millions of dollars in key people in the media to write according to the CIA dictates: Richard Doty: We blamed journalists to deny the existence of ET.

If you're saying it's all over your hair because: what does JFK have to do with some aliens? Then there are a few facts to consider:

It would not only fit under the lamp the greatest darkness, but also thief (CIA, FBI) ​​screaming, catch thieves ...

One comment on "JFK murder investigation: The remaining classified documents have long been available"